Vienna is the World's Most Liveable City. Sorry Melbourne and Osaka

The Economist Intelligence Unit is a British business providing forecasting and advisory services through research and analysis, including country, industry and management analyses world-wide. Plus it has published an annual Global Liveability Ranking which began in 2004. The Unit ranks cities for their urb­an quality of life, based on assess­ments across five categories — stability, infrastructure, healthcare and culture, education and environment.

With Melbourne winning the world title for the past seven years, it may come as a surprise to Australians that in 2018 Vienna for the first time topped the EIU’s Global Liveability Index. The 2018 results were as follows: 1. Vienna Austria; 2. Melbourne Australia; 3. Osaka Japan; 4. Calgary Canada; 5. Sydney Australia; 6. Vancouver Canada; 7. Toronto Canada and Tokyo Japan; 9. Copen­hagen Denmark and 10. Adelaide Australia. 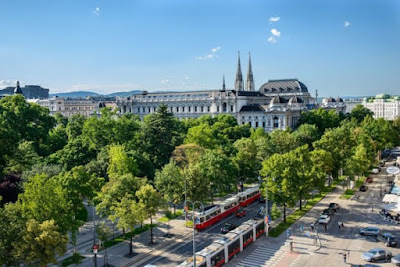 The differences between the top 30 cities in this index were small. Vienna and Melbourne have been very very close in the annual survey of 140 urban centres for years, and are still separated by less than a point. Vienna scored 99.1% and Melbourne scored 98.4%. Osaka, which did not make last year's top 10, is now just 0.7% behind Melbourne. Even Singapore and Hongkong, which only came equal 35th, had good scores of 91.3%.

Both Vienna and Melbourne saw an improve­ment in their score this year. Both cities scored maximum points in the health-care, educ­ation and infrastructure categories. But while Melbourne extended its lead in the culture and environment component, that was out­weighed by Vienna’s improved stability ranking. [There was both a downgraded threat of militant attacks in western Europe and an improvement in Vienna’s crime rate]. Osaka's improvements in scores for public transportation, as well as a consistent decline in crime rates, contributed to that city’s imp­roved ratings in the infra­structure and stability categories respectively. 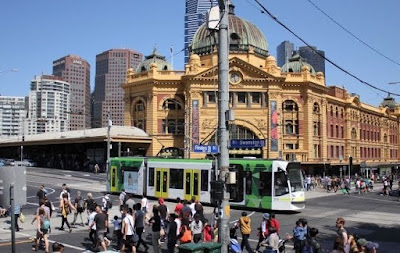 I expected Australian, Canadian, Japanese and European cities to dominate any measure of liveability. Australia and Can­ada achieved great results, exactly as expect­ed. Melbourne (98.4%), Sydney (97.4%) and Adelaide were joined by Calgary (97.5%), Vancouver (97.3%) and Toronto (97.2%) in the Top Ten. But apart from Vien­na, only one other European city achieved a great rating. This was Copen­hagen in Denmark, in 9th place at 96.8%. Helsinki and Ham­burg, who held Top Ten places last year, dropped out this year.

Green spaces with the city seem important. 50% of Vienna comprises green areas, parklands and gardens that can be reached on foot or by tram. Melbourne has huge public parks and wide, tree-lined boulevards. Vancouver has its harbour setting, with many beautiful parks and gardens. Copenhagen has delightful Botanical and Tivoli Gardens.

At the other end of the table, find Lagos (38.5%) in Nigeria and the Bangladeshi capital Dhaka (38%), then Damascus (30.7%) came last! The index only meas­ured 140 cities, so we can assume that the world’s most dang­erous capitals like Baghdad and Kabul were not included. 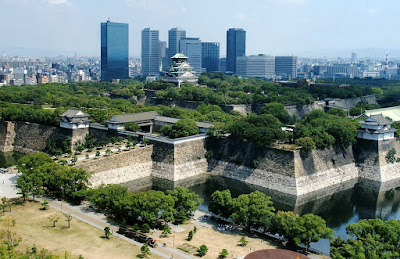 I recognise that being a very liveable city does not necessarily make for a city that would be very attractive to tourists. While universal heal­th care and free tram rides for school children may make local citiz­ens happy, travellers may care much more about unique tourist sites, great pubs and exotic night life.

The EIU had to take its measurements at a distant because it would be impossible for citizens to be unbiased about their own cities. Furthermore people only know their own city well and maybe one or two others. 140 cities? Never.

It is all a load of tosh. How can Melbourne, with its vast suburban sprawl be compared to Vienna. We did see some rough types in Vienna and it is not a perfect city for everyone, but honestly, the two cities are like chalk and cheese. If it wasn't for the cold, I might like to live in Vienna, but I think I would miss Melbourne too much. Our city is going to the dogs. I wonder if Viennese think the same.

Well London doesn't stand a chance, but it's my favourite city.

Hello Hels, Ranked lists are fun, but ultimately meaningless, because no individual person is the "average" addressed in the assessments. While some might appreciate fine schools or public transportation, they might not interest someone without children or who always uses his own car. Also, there are people who live well or miserably in every city, depending on money, health and personal attitudes.

My favorite place in which I have lived so far is Moreland Hills, a distant suburb of Cleveland and well-kept secret. Everything is green and safe there, and houses are well-spaced, making it very relaxed, while Cleveland is not far away. On the other hand, I also loved New Haven, with its stock of old buildings and the incomparable libraries and facilities at Yale. Taipei, on the other hand, provides the conveniences of a big city, and the the excitement of living in a foreign place with a new language. If I could manage it, I would also want to live in London for a few years.
--Jim
P.S. Your blog is working for me again!!!

Hi Hels - oh yes I see Parnassus echoed my recent challenge - your blog is working when I link through from my feed. I'm amazed Calgary is listed there ... but can understand Vancouver, though with the high rises going up - it'll be people packed fairly soon. I do want to visit both Melbourne and Vienna ... one day perhaps. We live where we are ... and sometimes get a chance to visit other areas of the world ... cheers Hilary

that is so true. Everyone has individual experiences and biases, so a less personal and more statistical approach seemed much more sensible. The trouble is: who chose the variables to be included in the index?

tourists say that about all their favourite cities :) I would include Vienna myself, but I would also add Vancouver, Paris, Stockholm and San Francisco.

London (and the Home Counties) are the place I lived longest outside my home town of Melbourne, and like you, I loved being there. Apart from being utterly impoverished and cold, we had absolutely everything an energetic young family could possibly have wanted - universal health care, every cultural facility imaginable, wonderful public transport etc etc.

deciding on the variables to include in the index, and assigning a weight to each variable, must have been a fraught exercise. For example if you include "access to ocean beaches", Cape Town goes up and Madrid goes down the charts. If you include "no guns allowed in the city", Japanese cities do better and American cities do worse.

By the way, Taipei was ranked as the world’s 58th-most liveable city, moving up past the South Korean capital, Seoul.

Interesting, isn't it. I think Calgary scored higher than Vancouver and Toronto because of the availability of good-quality, affordable housing and low population density. On the other hand, Calgary's jobless numbers are significantly higher than in other Canadian cities.

By the way, I am a huge Vancouver fan. If we were ever to be thrown out of Melbourne, Vancouver would be my immediate choice instead.

Most people will have a subjective view of this. For me Vienna can't hold a candle to Melbourne or my other favourite place - Vancouver. I think Calgary's remoteness would have put a lot of people off.
However all lists of this nature are really just a starting point for discussion (like this one). And anyway the differences at the top are not statistically significant!
CLICK HERE for Bazza’s trenchant Blog ‘To Discover Ice’

You are quite right!... I should have repeated the fact myself: the differences between the top cities are very very small, and may change from one year to the next. Luckily the variables in the index have been maintained stably since 2004; thus we can make useful comparisons within years, and between years.

Calgary's remoteness might certainly have put off tourists. But note that the Global Liveability Ranking only measures the quality of life for a city's citizens, not for potential tourists.

The discussions have been excellent. All the students are talking about the 2018 rankings.

I too was very surprised not to see Auckland there. But at least you will be pleased that Auckland's overall score has actually improved since the previous report. It is just that a couple of cities improved even more, especially Osaka and Tokyo.

Stop in from Cherie. I thought your post was interesting. It been years since I been to Calgary and to me was quite expensive.
But I always wonder why they don't do one on smaller populated area and or area that one could live good quilty life let say under $40,000

Stop by if you have time

a smaller populated area in a remote area would not be to everyone's taste. Last time I went to a family reunion in Winnipeg, I asked mum's first cousins why they had emigrated to a remote and relatively small city when I had assumed Toronto was more appealing. These 7 sisters received exit visas from Russia, as long as they agreed to settle in one of the prairie provinces.

There have never been prouder Canadians than these 7 women.

I must say that I often find these super-liveable cities a bit boring. Perhaps I wouldn't mind if I lived there, but I think I would mind really. That, though, might be because I have the luck to be able to live relatively cheaply in London (England) - an option not open to many who live here at the moment... I have always found Vienna a bit chilly - and not just weatherwise. It has a slightly depressing effect on my emotions. BTW sorry for any duplication in this comment - feel free to delete my last if you wish.

That is true. The very qualities that make a city liveable for its own citizens might make that very city boring for tourists. For example in the late 1960s all the teenagers in Australia wanted to travel to Sydney because of discos, marijuana and strip shows. My parents were horrified :)