The world's most liveable cities

The Global Liveability Survey is a measure of urban quality of life, published annually by the Economist Intelligence Unit/EIU. The EIU is a British multinational media company based in London, best known as publish­er of The Economist.

The survey assesses 140 of the world’s major cities in fixed categories: stability, education, universal health care, infrastructure (particularly public transport), culture and environment. Cities were scored out of 100, with the avail­ability of goods and services pushing scores up.. and personal risk (legality of guns, terrorist threats) pushing scores down. 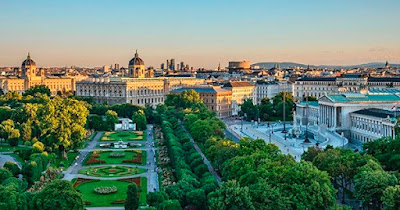 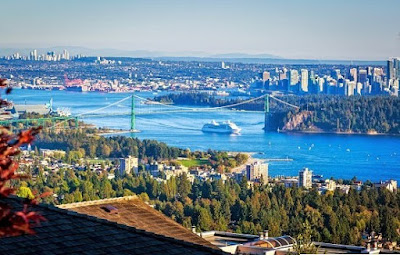 So why did the world’s most powerful cities not score well? Global business centres (cities with populations of 8 million+) such as New York, London, Paris and Tokyo were victims of their own success, with overstretched public transport, higher crime rates and crowding. London ranked only 53rd. And Honolulu outranked all the other USA cities that might have been bigger and more important eg New York, Chicago and Los Angeles. In addition, The Economist Intelligence Unit said scores in Europe had been pushed slightly down by the euro-zone crisis.

The report concluded that the best scoring cities tended to be mid-sized cities (2-4 million) in wealthier countries with a relatively low population density. Cities with a significant proportion of their area allocated to green parkland did well, as did cities with Olympic Games-standard sporting facilities. 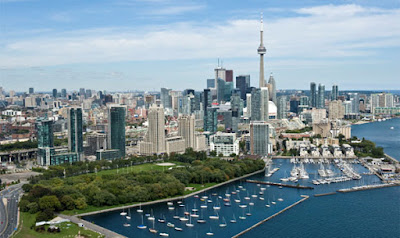 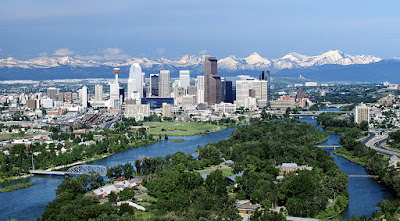 Undoubtedly not everyone agrees with the criteria used and not everyone agrees that the successful cities were equally liveable for all of their own residents. The Victorian Council of Social Service, for example, said Melbourne's top ranking failed to recognise the growing disparity between those who can afford to live where the services and jobs are, and those who have to live in areas of high unemployment, expensive housing and very long public transport commutes. But surely all aggregated statistics do that – they lose individual differences inside the overall results.

And I have another question. Does cultural diversity add to a city’s overall liveability? If GIU could measure cultural div­ersity (eg the proportion of a city’s population born overseas), Toronto might maximise its score. But then if climate was one of the included catagories, Toronto might go down the list a tad and Barcelona might go up the list.

The same Global Liveability Survey listed Damascus Syria as the least liveable city in the world in the latest index (August 2015), although Harare Zimbabwe, Dhaka Bangladesh, Tripoli Libya, Lagos Nigeria and Port Moresby PNG were close. But that too can change. Ongoing conflicts in Syria, Ukraine and Libya might have been predicted, but totally unexpected terrorist tragedies in France, Belgium and Tunisia were not predict­ab­le. In Athens, governmental austerity reduced employment and reduced the provision of public services.

European cities dominated the top 10 positions in the Quality of Living Rankings by Mercer, with Vienna remaining in the No.1 spot, and Zurich, Geneva, Munich, Dusseldorf, Frankfurt and Copenhagen coming in the top 10. How could the Mercer results be so different from the Global Liveability Survey results, in the same year? Apparently Mercer, an American global human resource and financial services consulting firm, is more influenced by business concerns eg the currency exchange regulations, banking services, housing costs and consumer goods.

Great work done by author of this blog. I never seen such a beautiful and informative blog. Also the looks of the blog is awesome. Keep posting please.

With universal healthcare as a criteria, it means no US city can ever win. I take this annual judgement as an interesting diversion rather than a truism. Good to see the wonderful Vienna on the list and Vancouver is a worthy competitor to Melbourne.

The World's Happiness Report rates nations, not cities. But it would be interesting to know if Australia, Canada, Austria and Finland do well there as well.

thank you. Which city do you find the most liveable?

The results are only as accurate as the variables that were included in the global survey. So if they include, for example, only "non-petrol using public transport", tram-based cities throughout Europe would do well but Sydney's smelly buses would go down. In other words, the selection of variables is critical but also a bit unscientific.

Needless to say, tourist bureaux in the successful cities mention the Global Liveability Survey results in every, single advertising campaign! They love it :) Especially Vienna!

I had never heard of the World's Happiness Report, a publication that only started in
2012. Measured in 150+ countries, the variables include: real GDP per capita, social support, healthy life expectancy, freedom to make life choices, generosity and corruption. In 2016, the top 12 countries were:
Denmark
Switzerland
Iceland
Norway
Finland
Canada
Netherlands
New Zealand
Australia
Sweden
Israel
Austria

Intuitively, those results seem correct. I would always expect Scandinavians, Canadians, Australians and New Zealanders to report that they were a happy, peaceful lot.

Hels, since moving rural, I find it very difficult now to find any big city - liveable.
I just love the rural districts of our own Victoria and of course those of France which we have much experience of after 7 trips there. It was those trips that gave us the courage to move from the city.
Love your informative posts.

it is an interesting issue. Since 90% of the Australian population lives in urban areas or larger rural cities, we must be the most urbanised nation on the planet. And the rate of our urbanisation is slowly but surely going up each year.

So how did the Global Liveability Survey selected their 140 cities? I am guessing that each of the 140 cities was selected according to some sort of "national significance", whether or not that city had a large population. Greater Reykjavik for example, only has 200,000 citizens yet it is included. Naypyidaw, capital of Myanmar, has more than a million citizens but it is not included.

If I had my druthers, I would have included Ballarat and Bendigo.