History of blood transfusions and soldiers at war

In 1628, Dr William Harvey was an English physician who published a book in which he described the circulation of blood in humans. Researchers commenced experim­ents involving the intraven­ous injection of various substances into an­imals, which progressed into blood transfusions between animals. Richard Lower, a member of the Oxford Experiment­al Group, showed that transfusion could be used in cases of severe blood loss by exsanguinating a dog and transfusing it with blood from another.

Dr Jean-Baptiste Denys (1643–1704) was personal physician to King Louis XIV and was noted for having performed the first fully docum­ented human blood transfus­ion. In 1667 he administered tran­sfus­ions of calf's blood to a man who died during the trans­f­usion. Denys was charged with murder and although he was acquitted, the practice of blood transfusion was deemed a crim­in­al act by the French parl­iament in 1670. The Royal Society expressed uncertainty about blood transfusion and the next year Pope Innocent XI banned it. Experimentation was certainly slowed down.

Dr James Blundell (1790-1878) was an English obstetrician who perf­orm­ed the first successful transfusion of human-to-human blood, to treat a haemorrhage in 1829. Blundell int­roduced two instruments for transfusions (the impel­l­or and the gravitator) which appeared in The Lancet of 1829. 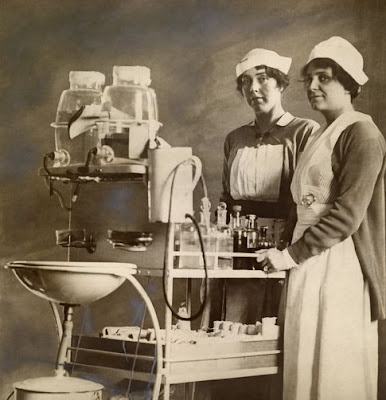 Postpartum haem­orrhage, extreme malnutrition, puerperal fever, ruptured uterus and hydrophobia were all indications for trans­fusion then. Ten transfusions performed by Dr Blundell in the literature but of these, only five were described as successful.


When the Franco-Prussian War (1870–71) was raging in Eur­ope, the possibility of using blood transfusions on the battle­field arose. Dr J Roussel of Geneva had first used his method of direct arm to arm transf­us­ion with success in 1865 for a patient with puerperal haemorrhage. The app­aratus he used was described in the Gazette des Hospitaux in 1867, though Roussel complained in 1876 that the app­aratus was not used as it might have been in the Franco-Prussian war.

To overcome the hazard of coagulation and to prevent exposure of the donor's blood to air, obstetrician Dr James Aveling made a sim­ple apparatus for direct transfusion from donor to recipient's vein in 1865. In 1872 a patient had suffered a severe postpartum haemorrhage; an immediate transfusion was made and the patient made a good recovery. And when no other therapies seemed to work with severe anaemia, trans­fusions became an acceptable practice from the late 1870s up to WWI.

Not only did doctors not know how to stop blood clotting in the late C19th, but when they did manage transfusion, the patient could still inexplicably die. It wasn’t until the C20th that different blood groups were discovered! Identification of three major blood groups was described by Nobel Prize winner Karl Land­st­einer in 1901. 6 years later, Czech neurologist Dr Jan Jansky accurately described four major blood groups (A, B, O and AB). This was the critical issue!

Yet despite new knowledge of blood groups and prev­ention of blood clotting, blood transfusion was not widely adopted in WW1. Note that in 1915, Capt OH Rob­ertson of Harvard Medical School dem­onstrated that blood could be safely trans­fused to wound­ed sold­iers. He developed the trans­f­usion bottle and pioneered un­iv­ersal donor blood, but the medical profession remained very sceptical. 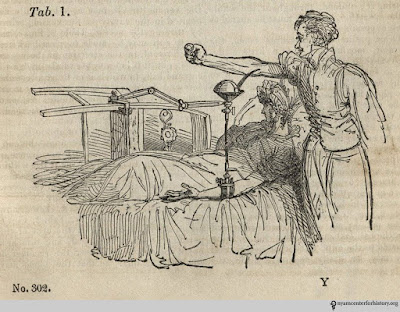 Having been impressed by a voluntary blood transfusion carried out in London’s King’s College Hospital, Percy Lane Oliver set up a vol­unteer panel of blood donors in 1921. This event­ual­ly led to the creation of the British Red Cross Blood Transfusion Service.

It was not until the Spanish Civil War that large-scale blood tran­s­­fus­ion became possible. This was among the first conflicts to re­sult in widespread targ­eting of civilians; Dr Frederic Durán-Jordà est­ab­lish­ed a blood transfusion service in Barcelona in 1936, for transfusing both soldiers and civilians. Sadly for Spain, he was exiled to the UK after the Civil War.

Dr Norman Bethune was a surgeon who was invited by the Committee to Aid Spanish Democracy to bring a surgical team to Madrid in 1936. Recognising the importance of bringing blood to wounded sol­d­iers and civilians where they fell, rather than transporting patients to hospital for transfusion, Beth­une introduced the mobile blood bank.

In the USA, Dr Charles Drew proved that plasma could be stored significantly longer than whole blood. He supervised the Blood for Britain Campaign which met the desperate need for blood to treat those wounded during the Blitz. To encourage donation, Drew first devised the use of bloodmobiles, trucks with refrigerators serving as donation centres, early in WW2.

The main stimulus to develop blood and blood component therapy in the US was the Japanese attack on Pearl Harbour. Dr Edwin J Cohn of Harvard University developed a method of manufact­ur­ing albumin, a soluble protein found in blood plasma, for trans­f­usion. Medics on the battlefield simply reconstituted the dried plasma by adding water before transfusion, saving hundreds of thousands of lives in the Pacific battlefields.

The Korean War (1950–53) saw the in­vention of a simple plastic bag and led to a major devel­opment in blood transfusion. The bag had many advantages over the glass bottles, in terms of weight, storage and trans­p­ort. The first polyethylene blood collection bag had two tubes, one for blood collection and one to deliver blood to the recipient.

War was always the major force in the organisation of blood supplies and stimulated the development of new medical technol­og­ies! Thank you to Shaun McCann, George McLoughlin and Phil Learoyd.

I have read that pig blood is the closest blood to human blood, and can be used in an emergency. Bit of an icky thought though.

If it wasn't for Dr Jan Jansky's discovering the four major blood groups, many blood recipients would have continued to die and noone would have understood why. The man was a Czech, a doctor and a genius.

Quora answered that all mammals use the same basic molecule for carrying oxygen, although there are variations between species. Pig blood could probably be genetically engineered to manufacture human haemoglobin, but there are two big problems:
1.pig blood groups are very different, and
2.pigs have different hormone loads so they would not be suitable for transfusion to humans, without full suppression of the immune system.

After studying in Prague, Dr Jan Jansky worked in a psychiatric clinic, becoming a Professor in 1914. During WWI, Dr Jansky served on the front line, working as a doctor. Then he dedicated his time in the military to finding a link between blood diseases and mental illnesses, and published his findings. He found no link between diseases of the blood and the brain, but he did report the four types of blood that he found. What a difference one man made!!

Some eradicated diseases have returned. Venezuela is facing an escalating malaria crisis, even as the infection rates have continued to decline across most of the rest of the planet. The situation is a shocking reversal in a country that was once seen as a flag bearer for global malaria eradication. The disease was almost wiped out by 1980.

Now, however, while infection rates have been in decline across the rest of the Americas, malaria is exploding in Venezuela and cases are being exported across its borders as people flee conditions in the country. The catastrophic state of Venezuela’s malaria situation was underlined by the World Health Organization’s global malaria programme who reported that the incidence of this mosquito-borne disease in 2017, at 406,000, had jumped up 69% from the previous year’s figure and is in turn five times higher than the 2013 rate.

Hello Hels, Rapid advances in medical technology and science are always desirable, but as you point out it is sad when war grounds supply the impetus for such specialized medical care. Imagine how much sooner things like blood transfusions would have developed had there not been an historical antipathy to medical research.
--Jim

thank you. I imagine no disease is ever totally eradicated for all time, is it?

There is still no commercially available malaria vaccine but the most advanced vaccine (RTS,S/AS01) against the deadliest form of human malaria is being improved all the time. Newer vaccines are being trialed.

World Health Organisation noted that RTS,S/AS01 is a complementary malaria control tool that could be added to – but not replace – the core package of proven malaria preventive, diagnostic and treatment measures. Take note, Venezuela!!

historical antipathy to research and practice was very clear in some areas of medicine eg medical societies were established to oppose flouride in drinking water or compulsory vaccinations (against fatal diseases) for children. But it was not as clear in the case of blood transfusions, especially amongst wounded soldiers. What was unforgivable was the army not taking responsibility for services for its own young conscripts.