Cecil Beaton (1904–1980) was born in London and received his first camera at 11. He studied history, art and architecture at St John's College Cambridge, and continued as a keen amateur photographer throughout univer­s­ity.

It was under the patronage of Osbert Sitwell that Beaton put on his first and very successful exhibition in a London gallery. He designed book jackets and photography at the studio of Paul Tanqueray, until Vogue took him on regularly in 1927. 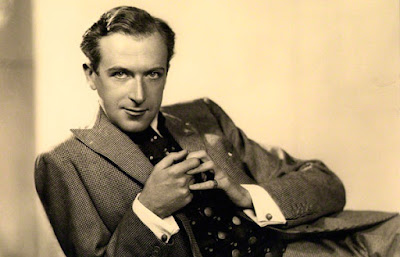 Portrait of Cecil Beaton
by whom?


Contacts were everything, especially when Beaton set up his own studio and found that one of his earliest clients and best friends was Stephen Tennant. Stephen Tenant had a wonderful sexual affair with Siegfried Sassoon from the late 1920s to the early 1930s. Stephen Tennant also inspired and assisted Cecil Beaton for many years and was the lover on whom Beaton modelled himself. In 1930 Beaton met art collector Peter Watson, who Truman Cap­ote described as the only great love of Beaton’s life for at least four years. Later Greta Garbo declared her love and sexual passion for Cecil and apparently they discussed marriage.

Beaton's photographs of Tennant and his circle are considered some of the best images of the Bright Young Things in the inter-war era. Friends yes, but equals perhaps not. Bejamin Wild, the author of A Life in Fashion: The Wardrobe of Cec­il Beaton 2016, wrote the Bright Young Things were the bohemian sons and daughters of aristocrats, pleasure-seeking youths who shocked London with their carousing in the 1920s. Without them, Beaton could not have dressed as he did, in a way that would be alternatively loved and ridiculed. But with them, Beaton struggled with his inability to achieve aristocratic status for himself. 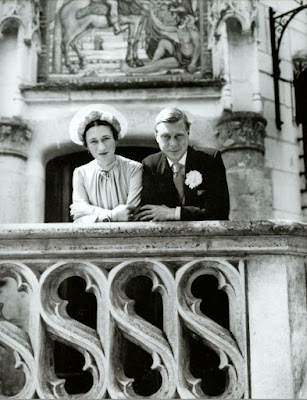 Because I am concentrating on Beaton’s most influential era (1925-50), I was particularly interested in where he lived and how he entertained many famous people. From 1930 to 1945, Beaton leased Ashcombe House in Wiltshire. He was a photographer for the British edition of Vogue in 1931 when George Hoyningen-Huene, photo­grapher for the French Vogue, travelled to the UK. The exchange of ideas between this coll­egiate circle of artists from Europe and North America usually happened in Ashcombe, giving rise to the sophist­icated 1930s look.

Beaton was often invited to photograph his beloved Royal Family for official purp­oses. When the Duke of Windsor married his divorcee at the French Château de Candé in 1937, no members of the royal family attended, but Beaton WAS there! After the abdication, Queen Elizab­eth, wife of King George VI, was his favourite model.

Believing that he would be admired on the other side of the Atlantic, Beaton left for New York in order to boost his international career. Was he a highly skilled technical photographer? Benjamin Wild thought not. Beaton focused instead on staging a compelling model or scene, especially fashion photographs, and Hollywood or society portraits. Vanity Fair and Vogue loved his images.

Fortunately he had a long term contract with Condé Nast Publicat­ions to take photographs exclusively for them for several thousand pounds a year. But in 1938 Beaton was fired from the American edition of Vogue when he included nasty anti-Semitic text next to his images. 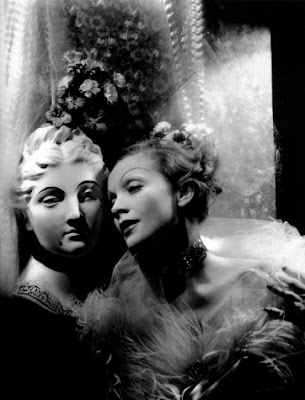 Again fortunately, the Queen Elizabeth/later Queen Mother found him a job at the Ministry of Information just as he returned to Brit­ain in 1939 as WW2 broke out. He became a leading war photographer recording 7,000 images from the home front, especially images of the damage done by the German blitz. And the suffering. Beaton's reputation was eventually restored, as can later be seen in a 2012 exhibition of his war photos in the Imperial War Museum, London.

After the war ended, he bought Reddish House in Wiltshire in 1947, set in 2.5 acres of gardens. Here he transformed the interior, adding rooms on the east side, extending the parlour south and introducing many new fittings. Greta Garbo was a regular visitor. Photographer David Bailey was infl­uenced by Beaton when they met while working for British Vogue in the early 1960s.

Beaton remained at Reddish House until his death in 1980 and was buried in the local church. Cecil Beaton at Home: An Interior Life by Andrew Ginger (Rizzoli, 2016) will prove fascinating to readers who are interested in Beaton’s houses, relationships, works of art, fashions and interior designs.

I knew about Beaton’s photographic legacy in Vogue and other magaz­ines, of course, but I didn’t know (or had forgotten) about the Nat­ional Port­rait Gallery in London - in the 1960s Beaton gave the National Portrait Gallery a gift of 240 prints for its collection. His beautifully captured portraits ranged across 50 years of fashion, art and celebrity, from the Sitwells in the 1920s, Marlene Dietrich, Coco Chanel, Elsa Schiap­arelli, Salvador Dali, Audrey Hepburn and Marilyn Monroe, to the Rolling Stones. Plus the more sombre war works. 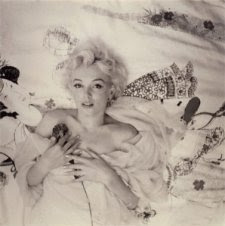 He may have been an appalling snob, a want-to-be aristocrat, an anti-Semite and a grovelling monarchist, but Beaton's skills made him one of the earliest Englishmen who saw photography as a form of modern art.

Vogue was important in Cecil Beaton' career, I think. Vanity Fair as well.

Have a great holiday, Helen

Condé Nast was an American who started his magazine business in 1909 with the purchase of Vogue. But Vogue had already been up and running since 1892, covering society and fashion news. By Beaton's time, the 1930s, Vogue was commissioning the best artists, photographers and designers to produce images of fashion and the high life. So Vogue did very well out of the relationship, and clearly Cecil Beaton did also.

And the same for others. I mentioned George Hoyningen-Huene who moved to Paris and started working for Harper’s Bazaar and Fairchild Magazine as a fashion draughtsman. In 1925, he became the chief photographer for French Vogue and did brilliantly.

Hello Hels, I read an autobiography of Beaton a long time ago. I don't recall any anti-Semitism, but the odd and insistent way he kept name-dropping Royal and other famous acquaintances made me wonder how insecure he really was.
--Jim

Yes. everything you said. another great post. Beatons inventive c1930 portraits of his sister Baba are wonderful. 'the rolling stones' - well I think Cec may have had a crush on Sir Mick who was photographed a lot. I know dear Jean Shrimpton and Cec failed to hit it off.

[didn't include Cosby as i never liked his jumpers or 'wit', and J Savile was not funny or interesting in any way].

... and Garbo. his candid shots of her showed his adoration, but their friendship ship hit the rocks badly because he was indiscreet apparently.

His parents did not struggle financially, so when Cecil Beaton was embarrassed about his background, it was never because he couldn't afford as good an education as the others, or couldn't afford very fancy clothes like his aristocratic friends. And in the circles Beaton mixed in, being predominantly gay was not a problem at all. So why the constant striving for social advancement?

Hugo Vickers got it right in his biography, I think. Cecil Beaton was driven by the anxiety that he had been born into an inartistic, unpretentious middle-class family and did not belong there. Admitting that he was both a snob and the most self-centred person in the world, his artistic and social development were inseparable. In single sex private schools and especially university colleges, pretty boys with a talent for performance were regarded by members of staff and many pupils as essential to cultural life. So because he came from an unpretentious middle-class family, and was neither academic nor sporting, Beaton had to find ways to distinguish himself.

when poor old Cecil was at uni and was practising photography with his first Kodak, he had no proper models to use. So his mum and sisters either volunteered or were roped into the job. The photos of his two sisters in the mid 1920s were remarkably professional and glamorous. He captured the feminine and the glitzy beautifully!

Greta Garbo is the least understandable part of Cecil Beaton's life. He said he was obsessed with the actress even before their first meeting in Hollywood, in 1932. Yet she was a woman (a problem for a predominantly gay man), she very unattractive in his eyes and she was merely a target to be "conquered" not loved. I can understand why Garbo needed to be cautious with Beaton... after all she had always wanted to be left alone! But his pursuit of her seemed to me to border on the masochistic :(

It seems to me that antisemitism was the 'norm' among the aristocracy and upper classes in that era. The topic that Annie, above, touches on is interesting. I have written about it previously in my Blog. Someone one criticised me for featuring Albery Einstien in the My Heroes series because he was reputedly unkind to the women in his life. It's the same dilemma - separating the person from the deeds they do.
I believe Beaton also made some iconic images of the sixties model Twiggy.
Happy Chanukah!

nod I have considered this very point many times in the blog. What does the responsible reader/viewer/writer do if the brilliant man we are talking about was a pig in real life?

Charles Dickens is my best example, a great writer but a bugger to his wife, even by 19th century standards. He couldn’t tolerate his wife Catherine's squishy belly, after she delivered his 10th baby. So he brought in Catherine’s young, slim sister Mary to help out with the children and never allowed the 10 children to see their beloved mother again. When Mary died at a very young age, Dickens moved in another of Catherine's slim unmarried sisters, Georgina, to be the children’s mother.

His beloved mistress was Ellen Ternan for whom Dickens bought expensive, gorgeous jewellery. And in his will, Dickens left his huge estate to his friends John Forster and Georgina Hogarth, his mistress Ellen Ternan and two of his sons. Wife Catherine got an allowance. *sigh*

have you adopted anything of Cecil Beaton's style in your own work?