The Man Booker Prize and my journey through modern literature

Joe and I graduated, married and left Australia on our European jaunt, as did every other Australian young graduate who could afford to travel. We were away from Jan 1971-Jan 1976, living in hospital flats, youth hostels and campervans. I loved the various cities we visited and the opportunity to work in other languages, but I missed the scholarly connections with our universities and book groups back at home.

The Booker Prize, which first appeared in 1969, was perfectly timed. I decided immediately to keep in touch with the British lit­er­ary world by reading the Booker prize winner each year. If extra money was available, I looked at the shortlisted authors as well. My favourites over the years turned out to be Bernice Rubin’s The Elected Member (1970), Thomas Keneally’s Schindler’s Ark (1982), JM Coetzee’s Discovered Life and Times of Michael K (1983), Anita Brookner’s Hotel du Lac (1984), Penelope Lively’s Moon Tiger (1987), AS Byatt’s Possession (1990), Michael Ondaatje’s The English Patient (1992) and Ian McEwan’s Amsterdam (1998). So influential were some of these authors that I tried to read EVERY novel that Bernice Rubin, Anita Brookner, Penelope Lively, Ian McEwan and Julian Barnes wrote, even though I did not read Julian Barnes' The Sense of an Ending (won the Man Booker in 2011) until later. I read Peter Carey’s Oscar and Luncinda (won the Man Booker in 1988) but found it less pleasurable.

The Booker Prize aimed to promote the finest in fiction by rewarding the best novel of the year written in the British Commonwealth and published in the United Kingdom. To maintain the consis­t­ent quality of this prize, judges were chosen from a wide range of disciplines, including critics, writers, academics, politicians and actors, all with a passion for quality fiction. Funded by the Booker Group, the United Kingdom's largest food wholesale operator, the shortlisted authors each received a cheque for £2,500 and the eventual winner received another £50,000. 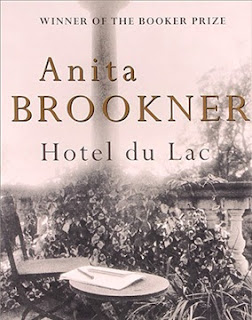 The Man Booker Prize extended its criteria in 2013, accepting any novels originally published in English by a UK publisher. The move meant that for the first time American novelists would be eligible for the Man Booker Prize. [With publisher lists in the other English-speaking nations already allocating valuable fiction slots to writers from the USA, many fear that this move may lead to a further American­is­ation of literary culture]. 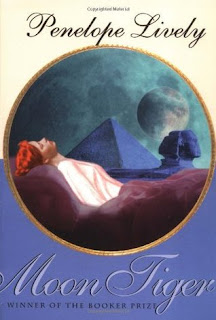 In 2016 13 books were listed by the judges for The Man Booker Prize on 27th July and further narrowed down to six titles on 13th September. Because I don’t see the books until they are published in Australia, I have had to rely on James Bradley’s critique (Weekend Australian 22-23rd Oct 2016, p16-17). He suggested this year’s list was greeted with perplexity by many, not just because of the absence of big names, but because of the preponderance of debut novels and novels published by smaller presses.

For Bradley this was a sign that the judges chose to celebrate the new, instead of simply serving up obvious choices. Nonetheless it was a some­what baffling shortlist. Not because the books included were bad but because it was difficult to make sense of what the judges were looking for. 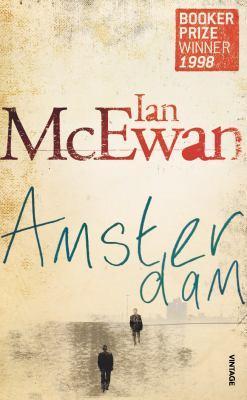 What was it that distinguished this group of books? Why did the judges choose these six novels over other books eg J.M. Coetzee was knocked out of the Man Booker Prize, ending the South African-Australian author's hopes of winning the prize for his newest book, The Schooldays of Jesus.

Of course literary awards always faced controversies, especially those prizes that had to judge books from widely differing countries and traditions. It was even more difficult for the judges, once literary experts’ views about the role of the novel starting fluctuating widely. How should the judges celebrate the voices of writers from diverse backgrounds? Has there been a British bias over the decades and could it be avoided in 2016?

Shortlist 2016 with Ladbrokes' odds for each of the shortlisted books:
*Do Not Say We Have Nothing by Madeleine Thien, Canada (Granta); 2:1
*Hot Milk by Deborah Levy, UK (Hamish Hamilton); 3:1
*His Bloody Project by Graeme Macrae Burnet, UK (Text Publishing) 4:1
*The Sellout by Paul Beatty, USA (Oneworld); 6:1
*All That Man Is by David Szalay, Canada/UK (Jonathan Cape); 6:1
*Eileen by Ottessa Moshfegh, USA (Vintage); 8:1 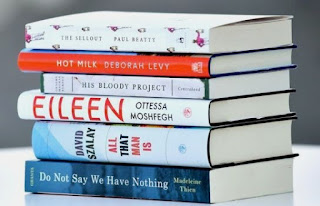 Who will win? James Bradley said he would be surprised if Eileen or His Bloody Project won. And although it has its pleasures, Do Not Say We Have Nothing would be a surprisingly conventional choice from a shortlist that included unconventional novels. Of the remaining three, Hot Milk was doing well with the bookies, but he wondered whether the energy of The Sellout or the authority of All That Man Is might edge it out. Robert McCrum slightly disagreed. He wrote that two titles on the shortlist deserved their place, but can be eliminated as winners. Eileen was a self-conscious exercise in noir that never quite convinced. And All That Man Is tackled the ages of man in nine episodes that did not really cohere as a narrative.

All will be revealed when the 2016 Booker Prize for Fiction is awarded at a ceremony in London’s Guildhall, on 25th October 2016.

A Brief History of Seven Killings was tough to read, despite winning the Booker. Marlon James must have appealed to the judges for a reason I missed.

I didn't read Marlon James' book, but I know what you are saying. Once a novel has been selected for the Man Booker short list, we expect that _everyone_ will agree that is a talented, innovative, fascinating book. But not even the judges can agree, so it is inevitable that we Non-Experts will disagree even more.

JM Coetzee and Julian Barnes should have been included in the long list, instead f some of the unknown, untested authors.

Hello Hels, As a rule, I am more into old books than new ones. I need to start dipping into some newer literature; I'll take a look at the ones you especially recommend. I admit that I was turned off the Booker prize when I read "The God Of Small Things", hands-down the most terrible book I (or probably anyone else) has ever read, even allowing for differing tastes among readers. However, looking up the Booker prize just now, I see that Roy's award that year was "controversial," and that Carmen Callil called it "execrable," so I'll gingerly give them another chance.
--Jim

Coetzee was included in the 2016 Man Booker's long list, but Barnes' latest novel, The Noise of Time, was not.

Barnes won the Man Booker Prize for his book The Sense of an Ending, which I have not read. But I have read all three of his earlier books that were shortlisted for the Booker Prize: "Flaubert's Parrot 1990", "England, England 1998" and "Arthur & George 2007". Novels rarely have an impact on my life for more than a week or two, but I still remember the details of these three Barnes books, decades years later.

your disappointment with a honoured book (The God of Small Things) is one we have all felt. I once spent a fortune on a book written by an American feminist, at the recommendation of someone I trust. I could not even force myself to finish the first chapter :(

I thought I would love Peter Carey's Oscar and Lucinda but it was too long, too bleak and I felt a bit uncomfortable. Carey is still well worth reading, but look instead at Ian McEwan's oeuvre: Amsterdam (1998), Atonement (2001), Saturday (2005) and On Chesil Beach (2007) - shorter, sharper, more intellectually and philosophically appealing.

Beatty has admitted readers might find it a difficult book to digest but the historian Amanda Foreman, who chaired this year’s judging panel, said that was no bad thing. Fiction should not be comfortable. The truth is rarely pretty and this is a book that nails the reader to the cross with cheerful abandon … that is why the novel works.

that is a bit of a surprise I think, but well done Paul Beatty!

The only comments that worry me a bit is that it might be a difficult book to digest and that fiction should not be comfortable. I only have a few hours per week to read fiction and I want them to be pleasurable hours.

I definitely did read Barnes' earlier books that were shortlisted for the Booker Prize: "Flaubert's Parrot 1990", "England, England 1998" and "Arthur & George 2007" years ago. So this week I read his book "The Sense of an Ending" which won the Man Booker Prize in 2011. It was fantastic.

Barnes and I were both born after WW2, shared the same experiences in the 1960s at university and became grandparents at the same time. If only I could have written this short novel!

As we approach the first anniversary of Anita Brookner’s death, this first international and interdisciplinary conference devoted to Brookner seeks to explore the meaning and significance of Brookner’s vast legacy, in both fiction and non-fiction.

Presented by The University of Melbourne
LATECOMERS: ANITA BROOKNER THEN AND NOW 17-18 MARCH 2017

many thanks. I will be there.

I wondered why an Art Association would be holding a conference about literature. Then I read your notes. "The critical reception of Brookner is complicated by the question of how to interpret her work as an historian of 18th-19th century French art. In a 1984 interview, Brookner explicitly denied a connection between her fictional and critical oeuvres, while at other times she spoke more openly about an intertextual literary practice, the significance of Romanticism in contemporary life, and her belief in unconscious processes".

Sorry if I have misunderstood but in the main post you list your favourites from the Booker winners including "The sense of an ending" and "Oscar and Lucinda". Then in your comments you say that you have never read the former, and was not impressed by the latter! Confused... (I didn't think "Sense of an ending" was very good at all - a brief, poorly written memoir.

I was in hospital when I wrote this post and don't remember anything :( But you are quite right.

I did read Peter Carey’s Oscar and Luncinda after it won the 1988 Man Booker, but I found it hard work to finish.

I had read every Julian Barnes book years ago, except The Sense of an Ending which I read this year.