Medicine and literature - "Riding a Crocodile"

My husband, a doctor who has been in hospitals and in private practice since 1970, has given me every film and book review that has medicine as its central theme. It does not matter if the story was written in English, French, German or Hebrew. Nor does it matter if the medical setting was in Australia or abroad. The Citadel (1937) springs to mind, as do One Flew Over the Cuckoo’s Nest (1962), The English Patient by Michael Ondaatje (1992) and The Officers’ Ward (1998). They were all familiar; I too lived for the first five years of my married life in hospital flats.

Joe recently gave me Riding a Crocodile: A Physician's Tale, a novel written by Paul A. Komesaroff and published by River Grove Books in 2014. The Conversation has shown that this was not an ordinary novelist writing about a vaguely medical theme. Komesaroff has a PhD in philosophy and has developed expertise in health care ethics i.e both qualitative and quantitative analyses of the social dimensions of health care. His work is inter-disciplinary, spanning clinical medicine, biomedical research, philosophy, clinical ethics and ethical policy development. He is Director of the international Centre for Ethics in Medicine and Society.

Professor Komesaroff still believes that one of the objects of medical research is to contribute to the improvement of clinical practice and the development of new, more effective social policies. In order to achieve these goals most effectively it is important to draw on a wide range of forms of knowledge and expertise. Did he achieve that goal with his latest novel, Riding a Crocodile? 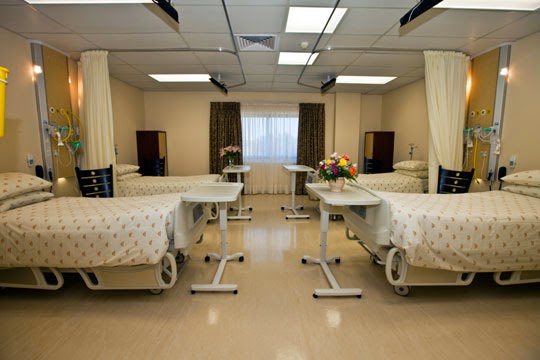 The way to maintain a clean, efficient hospital ward is to keep those pesky sick elderly out.


The publishers wrote that the character Abraham Nevski was a dedicated and thoughtful professor of medicine at the Royal Prince John Hospital. On returning to work after a break, he became aware of disturbing changes taking place in the hospital – it was a series of suspicious deaths that threw his world into confusion. Nevski's inner turmoil grew and he had to confront the dangers that closed in around him. Riding a Crocodile was both an insider's account of life in a major teaching hospital and a chilling detective story, exploring life and death issues of urgent contemporary relevance.

I suppose it is one thing for hospital management to lay down rules for the medical staff under its control. We laymen can examine those rules fairly easily. But it is totally another thing to see the clinical and ethical challenges that face doctors in normal practice, and to become aware of what goes on in their brains. Or to lurk in the doctors’ staff room and listen to their conversations. The novel actually picked apart Nevski’s brain as if it was in an autopsy.

Fortunately I have no doubt that the cases discussed in the novel were both realistic and chaotic. What happened, for example, when the hospital management became focused on profit-making and cost-reduc­ing? Did the staff doctors buckle under and stop providing the best quality care to needy elderly in-patients who “wasted” so many health dollars? 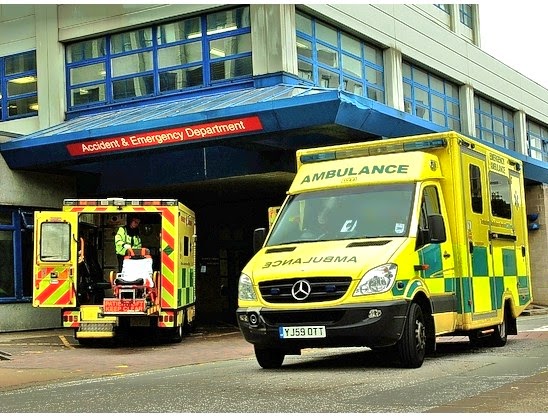 Riding a Crocodile is definitely not a text book. It is a suspenseful detective account of pathos, humour, suffering, indignity, conflict and love that inscribed illness, ageing and death. I loved the description of the story as Hospital Noir. I can see the film version of Crocodile arriving some time in the near future with Clive Owen as the troubled star.

This novel is very relevant to me, just now. My mother, frail and elderly, is transfused each week with blood products at her local hospital,  as an outpatient. Is she at risk of cost-reducing decisions in the hospital's office of finance? Might scarce blood resources be better allocated to young people?

No, your mum can have the blood. While stocks get low at times, we never actually run out. We do rely on medical staff to ameliorate the effects of cost cutting. Hospital visitors should also speak up if things don't seem right.

Ha! And you thought doctors were clever scientists who were not particularly socially skilled and not culturally engaged. Some doctors paint very well and some doctors write very well.

Thank goodness! I suppose one of the big issues in the book, and in my thinking, is what happens if medical decisions are being made by economists?

So true! I can think of a number of exceptionally talented doctors who left medicine for the visual and literary arts.

But now there is a new thought. Given the growth in medical technology, the hope is to integrate arts subjects into medical undergrad courses. We might think about the role of the arts in achieving the cultural shift needed to humanise medicos.

I remember a number of years ago in Los Angeles, we had a 'Doctors' Symphony Orchestra'! I move away so I don't know if they still exist.

Thank you. Here is what the L.A.D.S.O's home page said: This orchestra is one of the oldest community orchestras in the USA. Founded in 1953 by Dr. Reuben Strauss with doctors, dentists and other health care professionals, its first concert at the Philharmonic Auditorium in 1954. The orchestra’s mission is to offer high-quality, affordable concerts to Southern California, to support important medical causes, and to provide musical fellowship for its performers.

I am well impressed.

Thank you very much for your email. I will read your blog with interest. I hope you enjoyed the book!

I am always pleased to meet readers.

You may be interested in a blog post I wrote called: Medicine and literature - Riding a Crocodile.

Normally my blog, called "Art and Architecture, mainly" deals with either history or art history, but
1. I enjoy book reviews
2. my husband wants to establish that medicos can be creative, as well as scientific.