I spent my 1966 Gap Year abroad, largely with young, socialist, passionate South American students. Gabriel Garcia Marquez (1927-2014) was soon to be their hero...so naturally I too wanted to read his books. My first venture into Marquez's world was One Hundred Years of Solitude, published in 1967.

Later, as the letters stopped coming from my Spanish-speaking friends, I read only two more of Garcia Marquez’s novels: Chronicle of a Death Foretold 1981 and Love in the Time of Cholera 1985. Of these, Chronicle was the bravest for the following reason. After García Márquez and his family moved to Mexico City in the late 1970s, the author decided not to publish again until the hideous Chilean Dictator Augusto Pinochet went into exile or died. Nonetheless he risked writing and publishing Chronicle of a Death Foretold while Pinochet was still in power. Apparently Garcia Marquez could no longer remain silent in the face of injustice and repression, telling the story of a good friend from his own childhood who died as a young man.

Two local factors stamped Garcia Marquez as deeply embedded in the South American experience, according to the author himself. Firstly he could trace his interest in magical realism directly to his beloved grandmother, the woman who raised him. Furthermore he believed that the magical strangeness emerging from South American fiction was a true reflection of South American history.

Secondly political chaos was everywhere. For a young, sensitive Colombian student, nothing said South American Tragedy like the assassination of the best President his country ever had in 1948. Garcia Marquez’s university was shut, his liberal newspaper was closed down and young socialists had to flee from their own country. In 1958 he left Europe and travelled to Venezuela when that country’s despised dictator General Perez Jimenez was defeated in a coup; Perez Jimenez was immediately sent to join General Franco, Spain’s despised dictator. In 1959 Fidel Castro had successfully entered Havana and young activists throughout the continent cheered. 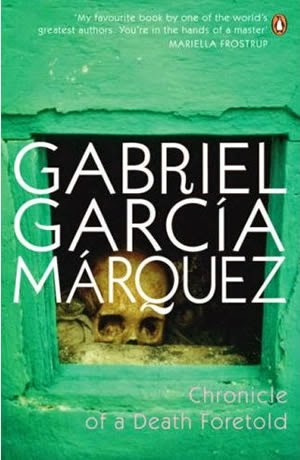 Chronicle of a Death Foretold, 1981
by Gabriel Garcia Marquez

Decades later, the questions I want to ask now are: how exclusively South American were Garcia Marquez’s novels and did they have any influence on young Australian novelists? The Australian writer Richard Flanagan said it was hard to conceive of modern Australian literature without Garcia Marquez's revolutionary novels. Flanagan said what Garcia Marquez and other Latin American writers were grappling with in their writing was how to reconcile the great European and North American traditions of the novel with worlds that had a fundamentally different experience; they had to make an art that didn't seek to ape that of Europe and North America. For Australian novelists, Garcia Marquez was a liberation. Flanagan noted that because Garcia Marquez was grounded in the idea of journalism – he worked as one for several years in Colombia and in Europe – he always said he invented nothing.

The Anglo world's misreading of magical realism led to "a very maudlin and sentimental idea of the invention of the fabulous. It led to an enormous amount of bad writing and bad books." But at home Garcia Marquez had reunited the great radical art of the novel with a popular audience. He understood magical realism as a true realism. He understood that conventional realism was insufficient to describe the dreams and nightmares and the ways people actually experienced life and the utterly extraordinary world of every day of Latin America. Magical realism had been a response to social realism, which socialists like Garcia Marquez felt had crippled them both artistically and politically.

Flanagan said "Unless you could acknowledge the fullness of human experience you couldn't actually achieve a true liberating and revolutionary politics. So the politics demanded a different art and the different art demanded a different politics. We were no different in Australia. We were obsessed with writing books that were death masks of fashions and ideas and experiences elsewhere. What you got from Garcia Marquez and the Latin Americans was that you had to go into your experience on its own terms."

Another Australian novelist, Peter Carey, agreed: "Garcia Marquez changed the way I wrote. He opened a door that I had just been hammering on. He wrote about his place in a way that was new and fresh and completely different. I was struggling to do the same thing about my own country and he was completely inspirational." Carey said he had originally misunderstood a lot of what Garcia Marquez did, thinking that he was inventing things that were actually firmly grounded in his life. But like many other people misunderstanding him and reading and being thrilled by – he changed how Australians wrote. 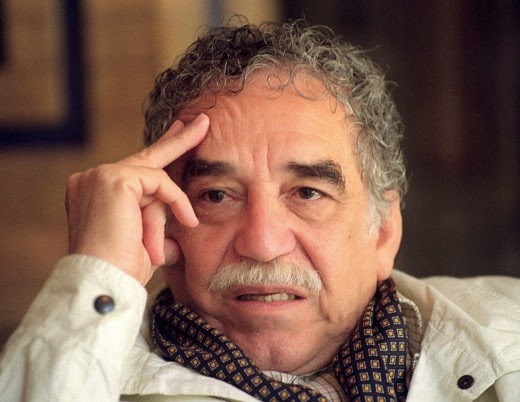 Gabriel Garcia Marquez maintained his commitment to social justice throughout his literary career, even when he became the first Colombian ever to win the Nobel Prize for Literature in 1982. He spoke openly at the Stockholm ceremony, televised to the world, denouncing the horrific acts that had taken place throughout much of his continent during the decades of his adulthood. I loved my South American friends dearly, but I would not have wanted to live in their shoes.

It is to our shame that we must admit to never having read any of Marquez's works. This is in spite of knowing much about him and admiring his literary influence from a distance.

Perhaps he has always seemed remote from our own experiences and this is why his works have remained unread. However, now that we have ventured to South America, the time has most probably come to investigate further. Without a doubt, this man has been incredibly influential on the international stage to writers and readers alike. So, it is definitely time to pay more attention. Your post is a perfect reminder for us to do just that.

A Nobel Prize for literature is very impressive. Did anyone ever expect a Spanish speaking novelist from South America to win? What about since 1982?

remote is correct, both in a geographic and a literary sense. I think the South American experience is so different from our own because of, apart from anything else, the number of post-WW2 dictatorships - Peru, Venezuela, Colombia, Paraguay, Brasil, Bolivia, Uruguay, Chile, Brasil again, Argentina, Brasil again, Bolivia again, Uruguay again and Peru.

The Nobel Prize for literature was huge! The population of the continent is enormous, yet I can only find three Latin America writers in all of Nobel history who won the Nobel before Gabriel Garcia Marquez. Perhaps he showed that great literature does not start and end in Europe.

The Harry Ransom Center, a humanities research library and museum at The University of Texas at Austin, has acquired the archive of Gabriel García Márquez.

Highlights in the archive include multiple drafts of García Márquez's unpublished novel "We'll See Each Other in August." His family is considering publishing the manuscript that the author chose not to print while he was alive.

Many thanks. I hope the unpublished novel is published. It seems there are years of writing, editing and rewriting, yet to see the light of day.