I could not quite believe the story of a London City councillor, Ivan Luckin, who was stuck with a bridge over the Thames that did not work well. But the story was true - he really did market London Bridge to the Americans as a symbol of historic London, a feat of engineering that could trace its lineage back to its medieval ancestor. Did they believe that the quite modern bridge was actually medieval? Or were the Americans simply swayed by the European symbolism?

And now for a similar story...except for one big difference. The London Bridge really WAS delivered to the American investors. The Eiffel Tower, as we shall see, was not delivered to anyone.

Victor Lustig was born Robert Miller in 1890 in Sudetenland, now the Czech Republic. As a youngster he studied many languages. He also studied people: their habits, mannerisms and especially their weaknesses, and decided to go into a career that utilised those skills. He was a glib and charming conman, who established himself by working scams on the ocean liners steaming between Paris and New York City. The passengers on these liners were relaxed, rich and very sure of themselves.

By the age of 20 Lustig was already a conman. Straight after WW1 ended, when he was 30 years old, he was a confirmed conman on the run from police in several European countries. So he restarted his career in the USA and gave himself a noble European title, Baron.


In 1925, France had recovered from World War I and Paris was boom­ing, an excellent environment for men on the make. Lustig's master ruse came to him one spring day when he was drinking coffee at an outside Paris café with a fellow con man, a Franco American called Robert Arthur Tourbillon aka Dapper Dan Collins. 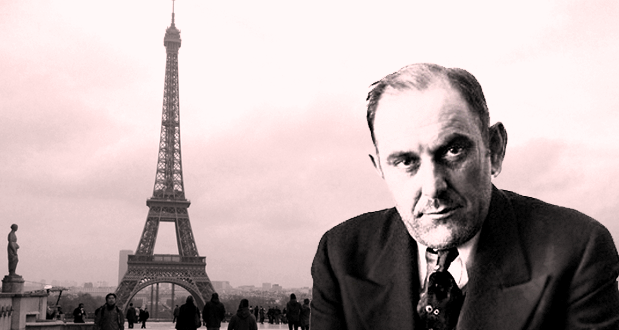 Victor Lustig and the Eiffel Tower that he sold. Twice.
Paris 1925

A news­paper article discussed the problems the city was having maintaining the Eiffel Tower – that it was in urgent need of repairs or it had to be razed to the ground. That made sense since the Eiffel Tower had been built for the 1889 Paris Exposition, and was never intended to be permanent. It did not fit with the city's other great monuments like the Arc de Triomphe, and in any case the contract with Eiffel required the structure be taken down in 1909. So by 1925, the tower was looking pretty tragic. Lustig’s mind moved into action and he quickly saw the possibilities that the Eiffel Tower offered - he would sell Paris' most famous landmark to a scrap metal dealer. He gave himself the title Deputy Director-General of the Ministry of Mail and Telegraphs. Dapper Dan would be his secretary.

They typed-up letters with Lustig's title printed on them and mailed them out to the six leading scrap metals dealers in Paris. They were asked to come meet Lustig and his secretary at their room in the fashionable Hotel Crillon. All six attended the meeting where the potential buyers were told that it had become too costly to repair the Eiffel Tower; the 7,000 ton steel structure would be sold to the highest bidder to be torn down. They were also told to keep the meeting secret; if the public found out too soon there would be an outcry.

Lustig took the men to the tower for an inspec­tion tour. It gave Lus­tig the opportunity to gauge which of them was the most enthus­iastic and gullible. Lustig asked for bids to be submitted the next day, and reminded them that the matter was a state secret.

They selected Andre Poisson who was nicely insecure and thought that obtaining the Eiffel Tower contract would put him in the centre of Paris’ business community. A week later Monsieur Poisson showed up once again at Lustig's place. However Poisson's wife was suspicious of this government official, of the secrecy and the rush. To deal with her suspicion, Lustig arranged another meeting, and then confessed. As a government minister, Lustig said, he did not make enough money to pursue the lifestyle he enjoyed, and needed to discretely supplement his income. Poisson understood that he was dealing with a corrupt government official who simply wanted a bribe. That put Poisson's mind at rest immediately, since he was familiar with the type.

Poisson was handed a fake contract that stated that he owned the Eiffel Tower, while Lustig was handed a real cheque for the Eiffel Tower AND a large bribe. The Baron and Dapper Dan quickly cashed their earnings ($70,000) and left immediately on a train for Vienna. Resting in Vienna they scanned the newspapers to see if Poisson went to the police, but Poisson was clearly too embarrassed to tell anyone what happened. Surprisingly, nothing happened at all.

A month later, Lustig returned to Paris, selected six more scrap dealers, and tried to sell the Tower once more. This time, the chosen victim reported his loss of $100,000 to the police before Lustig could close the deal! But the Baron and Collins once again managed to evade arrest, this time fleeing to America and not to Vienna. 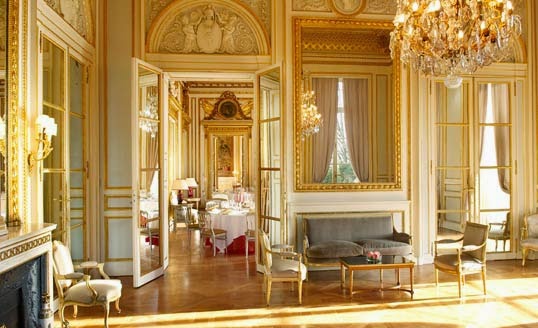 I would have thought Baron Lustig had enough cash left to live the good life in the USA. But perhaps a true con man cannot help himself. In 1930 Lustig went into partnership with an unknown chemist from Nebraska. Tom Shaw had the job of engraving plates for the manuf­act­ure of counterfeit banknotes. Together they organised a counter­feit ring for the purpose of circulating the hundreds of thousands of forged notes throughout the country. In secret.

In May 1935 Lustig was dobbed in and an arrest warrant was issued by federal agents on charges of counterfeiting. Secret agents swooped on Lustig who was carrying a briefcase. Opening it up they found only expensive clothing, but in his wallet they found a key to a locker in the Times Square subway station. The locker contained $51,000 in counterfeit bills AND the plates from which they had been printed.

The day before his trial, Lustig managed to escape from the Federal House of Detention in New York City but was recaptured a month later in Pittsburgh. Lustig pleaded guilty at his trial and was sentenced to 20 years in Alcatraz Island in San Francisco, the American gaol for the worst offenders. In March 1947 he contracted pneumonia whilst still in gaol and soon died.

Dear reader, if you are going into the conman business, here are the rules that Lustig set down ..to increase your chances of success:

1.Be a patient listener.
2.Never look bored.
3.Wait for the other person to reveal any political opinions, then agree with them.
4.Let the other person reveal religious views, then have the same ones.
5.Hint at sex talk, but don’t follow it up.
6.Never discuss illness, unless some special concern is shown.
7.Never pry into a person’s personal circumstances.
8.Never boast. Just let your importance be quietly obvious.
9.Never be untidy.
10.Never get drunk.

I would add:
11. Speak French, German, English and other languages fluently
12. Do not have a spouse or children, so that you can move quickly.

Thank you for these handy hints. We have bookmarked them so that they can be retrieved at a moment' s notice!

Shady deals abound in Budapest all the time and not a day goes by without our housekeeper reporting that yet another government official has been locked up for some impropriety or other. So, we have our work cut out here to go unnoticed or undetected if we take up a life of crime.

Hello Hels, In America, the traditional scam was selling the Brooklyn Bridge, although I don't know if any money was actually collected.

Interesting that the Eiffel Tower was meant to be temporary. I wonder how many buildings were similarly rescued--one thinks immediately of the Palace of Fine Arts in San Francisco, the Crystal Palace in London, Lucy the Margate Elephant, and a number of others.
--Jim

What is the connection to Al Capone? Every time I look for Lustig on line, Capone's name comes up. I know Capone was real, so maybe Lustig was too.

interesting that you compared 1925 Paris to modern Budapest. I agree! When I was reading the newspaper articles about the Lustig story, I felt as though it was some sort of black and white, expressionist bit of film noir.. set in the old Habsburg Empire. Perhaps The Third Man.

I too have heard of a number of similar scams, including selling major engineering works like the Brooklyn Bridge. But it makes you wonder - how could anyone be so gullible as to fall for such a ridiculous con. The potential victim has to ask himself "of the 7 billion people on earth, why have _I_ been chosen for this windfall and not the proper government department?"

The fact that everyone correctly knew the Eiffel Tower was meant to be temporary ..only lulled the victims into a false sense of security.

oh the Lustig story was true! Apparently once he was in the USA, Lustig persuaded Al Capone to invest a very large amount of money in a stock deal. But how a small time conman from the Sudetenland via Paris would have met Chicago's biggest crime boss escapes me.

Hello Hels,
I can't help feeling a bit sorry for Lustig! He was such a clever con-man. What a pity that he didn't put his extensive charm and business skills to better use.

I know what you mean. Lustig was not violent and he wasn't thoughtlessly opportunistic. He planned everything meticulously, and paid a great deal of his own money for hotel rooms, good quality printing costs, transport etc.

Which makes the story even stranger.

Oh, what a fantastic set of hints and what a fascinating story. Isn't it crazy that ultimately it was his greed that caught up with him? As you say, if he'd retired after Paris II he would have gotten away with it.

I was at a dinner party on Saturday night and the guest to my right said that he read the post and wondered why a Robert Miller would call himself Victor Lustig, since Lustig means "happy".

I could not find the answer but I did find the FBI Wanted Poster from 1935. It has all of Lustig's 46 aliases! Strange man!

Gosh, what a crook!