Witch hunts reached their peak in Britain (and other Protestant countries) in the 17th century, when the church viewed witches as women who worked in conjunction with the devil in order to harm decent Christian neighbours. In 1604 King James I proclaimed war against witchcraft, becoming witches' greatest enemy. Many trials foll­owed, including those instigated by witch hunter Matthew Hopkins in the 1640s. Hopkins travelled the country, using torture to secure confessions and to determine guilt. He executed hundreds of women and many others of his victims died in prison. The accused were largely female, often widows with no family to protect them. Many were healthcare workers, for example herbalists, healers or midwives.

I knew from lectures that the last English execution for witchcraft was in 1684. James I's statute was repealed in 1736 by George II. In Scotland, the church outlawed witchcraft in 1563; by the time of the last execution in 1722, 1,500 Scottish witches had been put to death.

Parliament passed the 1736 Witchcraft Act repealing the old laws against witchcraft, but imposing fines or gaol on people who claimed to use magical powers to predict or alter the future. Prison yes, but thank goodness Britons were intelligent enough to end witchcraft tortures and executions.

So who was Helen Duncan (1897-1956) and why was she a witch? She was born in Scotland and was already displaying an interest in the spiritual at school. In 1916 she married Henry Duncan, cabinet maker and WW1 soldier, and had 6 babies. When she was not working in her factory job, she was offering séances in which she summoned the spirits of the dead. The London Spiritualist Alliance did not approve of Duncan's spiritualism and neither did the police; Duncan was prosecuted a number of times and fined or gaoled.

Helen Duncan and her husband Henry

By April 1941, at the height of the war with Germany, Helen Duncan had two sons in the navy, one in the RAF and one in the army. She had given more to her country's war effort than most families in Britain.

The Navy hoped to keep the tragedy quiet for a while, so official death notices were sent out to parents and wives of the 861 sailors, asking them to keep the secret until the official announce­ment came out in late Jan 1942. I suppose it was not a very careful guarded secret - The Times news­paper carried news of the disaster very quickly. Duncan simply picked up the gossip and did what any commercial spiritualist does – she incorporated it into her séance.

In wartime, any leakage of information, however trivial or improbable, was treated as if it might have been part of a spy ring. Duncan was investigated from the time of the Portsmouth seance (Nov 1941) until Jan 1944 when she was arrested. She was initially arrested, by two naval officers, on some minor charge. But the authorities clearly regarded this case as threatening the war effort. Eventually there were seven charges, two of conspiracy to contravene the Witch­craft Act, two of obtaining money by false pretences, and three of public mischief.

Witchcraft??? Of course in war the entire population was terrified. But did the prosecution really believe this middle aged, chunky Scottish factory worker had classified war intelligence which she could possibly reveal in the future? Perhaps the timing of the January 1944 arrest was critical; that was when the military was secretly preparing for the D-day land­ings. Everyone was on war footing, of course, but paranoid as well. Perhaps it was the fact that Portsmouth was exactly where the Royal Navy was based.

The jury brought in a guilty verdict on count one, and the judge then discharged them from giving verdicts on the other counts, as he held that they were alternative offences for which Duncan might have been convicted, had the jury acquitted her on the first count. Amazingly Helen Duncan had been formally identified by the Old Bailey jury as a witch, guilty of revealing wartime secrets. She was gaoled for nine months at Holloway women's prison in north London. 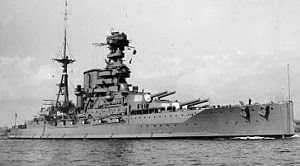 Prime minister Winston Churchill rightly denounced her conviction as rid­ic­ulous and repealed the 1735 Act in 1951, but her conviction was never overturned. Nor did the Home Secretary ever explain why Duncan was charged under the Witch­craft Act, rather than on a spying charge or a breach of the State Secrets Act.

On her release in 1945, Duncan committed herself to cease holding séances. Yet when Mrs Duncan died at her home in Edinburgh in 1956, it was only three months after being arrested yet again in a police raid on a seance in Nottingham. She was seriously overweight, diabetic, in her 50s and received inadequate medical care in gaol.

Helen Duncan's trial contributed directly to the repeal of the Witchcraft Act in 1951. Yet 50 years after Helen Dun­can's death, a campaign still had to be launched, with a petition calling on the Home Secretary to grant Duncan a posthumous pard­on. In 2007-8, the pardon was refused. Twice.

Hi Hels, We often hear about odd, outmoded laws that were never repealed and so are still on the books. Perhaps they are occasionally invoked because it is easier or more convenient to convict on these charges, similar to the way gangsters are supposedly nabbed for tax evasion instead of murders or other crimes.

Interesting also that although literal witch prosecutions are in the realm of history, witch hunts in general remain perennially popular. One of the most famous was the red scare in the U.S. in the 1950's, which Arthur Miller pointed up in The Crucible, about the parallel 17th century Salem witch trials.
--Jim

I agree about outmoded laws that were never repealed for one reason or another, and sat around untested for a very long time. But witchcraft legislation was the most evil and fatal way the church and later the state had to:
A) terrify women
B) get men to mistrust their female neighbours
C) define normal behaviour as anti-Christian and
D) control and even kill intelligent and socially active citizens.

What were the Home Secretary and the judge thinking?

I think it wasn't so long ago that fortune telling was illegal in Victoria, and people were prosecuted. I dislike the manner in which they prey on the vulnerable for money, but then some people participate in the whole fortune telling and seance nonsense just for fun.

Humans always feel uncomfortable with those who don't conform to general behaviour, but the witchcraft laws were clearly an extreme way of dealing with such women. What a terrible time to be a bit different.

Humans DO feel uncomfortable with those who don't conform to generally accepted behaviour e.g we might cross the road, rather than mingle with a large group of young Goths or bikies in leathers and facial tatts.

But the Navy wasn't expressing mere discomfort. They allocated people to watch her carefully, from late 1941 to jan 1944. Then they charged her with witchcraft, a response that was both over-the-top and nasty.

I love seances, tarot cards and fortune telling, even though they are probably mumbo jumbo. Should I worry about being charged with something scary?

Probably not. Australia never had anti witchcraft legislation, as far as I know.

But then Helen Duncan had four sons away fighting in the war and she just wanted to bring some excitement/insight to other anxious families. And to make some extra money for her and her husband. Like you, she had no idea what was going to happen.

What an interesting post. It is amazing how magical folklore persists throughout Britain with the 17th century witch hunts and the obliteration of the Druids in the 1st century. It's seems we've done our level best to kill magic on this island.

Seances were so popular in Britain throughout Victorian times and into the 20th century. It's extremely disingenuous to bring such trumped up charges against this woman.

I wish I had thought of that myself.

One great example. Sir Arthur Conan Doyle not only went to many seances; he wrote A History of Spirituality and other serious works. Imagine if Conan Doyle had been imprisoned for his beliefs.

Helen Duncan wasn't tried for being a witch, she was tried and convicted of being a con-artist.
The Witchcraft Act of 1735 actually stated that there was no such thing as witchcraft and that therefore anyone claiming to be a witch or someone who could get into touch with the dead for money was a con-artist or fraud.
It should be noted that in 2006 and 2012 there were campaigns to get her name cleared, but the government rejected both campaigns, stating the the conviction was correct.

that is very true, thank you.

The 1735 Act says person who claimed to have the power to foretell the future or cast spells was not a witch. So what could the women be charged with? The new Act required the authorities to find some other crime with which to punish anyone who _pretended_ to have supernormal powers.

In one sense, it was not much of an improvement since the criminal was still sent to gaol. But at least the need to execute older women was taken off the statute books.