Was Oscar Wilde anti-Semitic? One character in his novel The Picture of Dorian Gray 1890 was a greasy, monstrous theatre manager, Mr Isaacs. Isaac’s Jewishness was so unsympathetically presented by Wilde that the reader felt sickened. What was worse, Wilde had written the character Dorian Gray as a vicious anti-Semite who attacked the theatre manager over and over again. 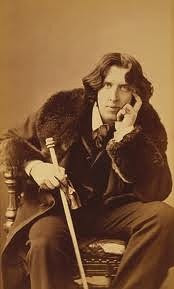 Wilde in London, in the great days pre-gaol

But I had forgotten about Mr Isaacs and Dorian Gray until reading “Oscar Wilde, Captain Dreyfus' Reluctant Hero” written by Eddie Naughton in 2009. No longer able to write, and living down at heel in Paris, Oscar Wilde (1854–1900) survived for three years after he was released from wretched imprisonment in Britain.

Wilde's arrival in Paris coincided with the infamous Dreyfus trial of 1894 and its fall out, including the nasty role of Count Ferdinand Esterhazy (1847–1923). Wilde first met Esterhazy in a Paris cafe, and immediately the two men were drawn to each other. Wilde was fascinated by this unkempt, tubercular crook while Esterhazy pounded his new friend with relentless outbursts against Jews in general and supporters of Dreyfus in particular. 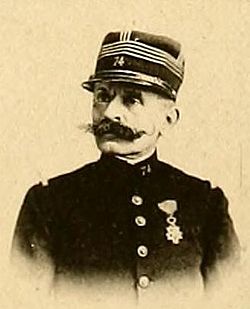 Count Ferdinand Esterhazy, the true spy in the Dreyfus Case

While Captain Dreyfus was shackled to the bed on disease-ridden Devil's Island, Esterhazy had been secretly unmasked as the real traitor by an intelligence officer, Colonel George Picquart (1854–1914), who was promptly court-martialled by the French and sent to prison for revealing secret documents. The French army elite preferred to see an innocent Jewish officer rotting in a hellhole than have their establishment boat rocked.

But it was Esterhazy's confession to Wilde at a dinner one night that brought the whole Dreyfus affair to a head. Along with Wilde and Esterhazy were an anti-Semite English journalist, Rowland Strong, and a pro-Semite young Irish bohemian poet, Chris Healy. At the behest of the pro-Dreyfusards, an indifferent Wilde prompted Esterhazy during his usual delirium about Jews into blurting out that it was he, Esterhazy, who'd been selling secret military intelligence to the Germans. Esterhazy proudly shouted that he put Dreyfus in prison, and all of France couldn’t get him out! Oscar Wilde’s reluctant role, according to Naughton, was in “outing” the real traitor, Esterhazy. As it happened, Wilde cared little for the pro-Dreyfusards.

Not so Chris Healy, who immediately made contact with French writer Emile Zola.  Zola was serving a prison sentence for libel after publishing his famous J'accuse, a devastating indictment of the French government, army and courts and their role in the framing of Captain Dreyfus. Zola tried to contact Wilde, but Wilde refused to co-operate with him. Why? Apparently because Zola had refused to sign a petition on behalf of Wilde at the time of his own conviction in Britain. Zola contacted other sympathetic journalists, and eventually they exposed and destroyed the corrupt cover-up that had been built around the Dreyfus case. 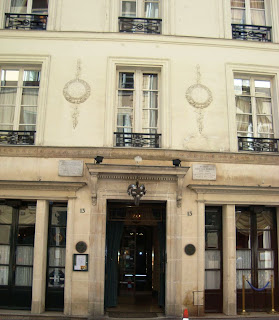 Healy left Paris soon after this and never saw Wilde again. Wilde died alone and penniless in the Hotel d'Alsace in Paris.

Dreyfusian France is a subject I know very well, so I had ask myself if Naughton had the entire story? I soon found “A Tale of Two Scandals” by Nigel Jones. After parting from Alfred Douglas in Italy in late 1897, an unemployed, impoverished Wilde returned to Paris in early 1898, during Emile Zola’s trial over the J’accuse article. The political firestorm following Captain Dreyfus’ imprisonment and Emile Zola’s guilty verdict threatened the very survival of the Third Republic. Frenzied mobs, howling anti-Semitic hatred, were supported by the army, government, Catholic church and most of the press.

Jones certainly knew that the apparent villain of the affair, Count Esterhazy, was a crappy soldier, boastful, malicious, a gambler, drinker and womaniser. However Jones tended to believe the Esterhazy was really a double agent, deliberately planted on the Germans, rather than a true traitor. Even if Jones was correct, would that have made any difference to Wilde’s attitudes?

Oscar Wilde’s intimate friendship with Esterhazy seems bizarre to us. Wilde had himself been a persecuted martyr and victim of a viciously punitive homophobic morality in Britain. Surely liberal, socialist Wilde would have been on the side of the innocent man, not aligning himself with the forces of reaction, Church power and punitive right wing politics. Yet if Esterhazy had been innocent, Wilde suggested, the British author would have had nothing to do with the Frenchman. Thus Wilde was being paradoxical, provocative and ironic in his denunciation of Capt Dreyfus, not specifically anti-Semitic.

Esterhazy didn’t care. He saw himself and Wilde as the two greatest martyrs of humanity; Captain Dreyfus was a pushy, German-speaking Jew who, if he did not spy for Germany, probably wanted to.

In the end, Wilde contracted cerebral meningitis, was baptised into the Catholic Church in 1900 and died in poverty. Zola was asphyxiated in Paris in 1900. Commander George Picquart, the hero of the entire sordid affair, was freed from gaol and made a minister in the Clemenceau government. He died in 1914. Esterhazy escaped to Britain where he received a pension cheque every month from France and lived out his life in splendid comfort in Hertfordshire. He died in 1923.

Jones gave a reference to J Robert Maguire, “Oscar Wilde and the Dreyfus Affair” in Victorian Studies, vol 41, #1. I haven’t located the journal yet, but note that Maguire wrote the article way back in 1997. This story has been around for 15 years! 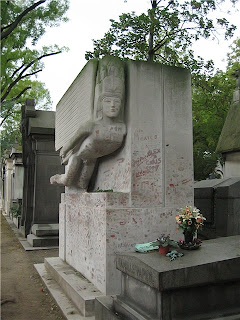 Hello Helen:
What webs of intrigue you reveal to us here and where does the truth lie? Perhaps, however, the real interest is not in knowing the absolute rights or wrongs but in the contrasting of differing opinions and in surmising what could have been the case.

where does historical truth lie? Unless participants in an historical event write down their goals and tactics, later generations will never know the whole truth. And even written records have been known to lie!

Count Ferdinand Esterhazy might have been a scumbag, but at least we understand his goals. Oscar Wilde's goals are much more confused, I think.

Fascinating which I must read carefully. I suspect Wilde reflected both upper class British attitudes of the time and his own pronounced self-interest. Some of the children's books of the time are truly disgusting with Jews presented as evil.

Wilde only survived 3 years in France, yet his Paris tomb is always surrounded by flowers and respectful people. They seemed to have taken him into their hearts.

agreed. But Paris was tearing itself apart at the time of the Dreyfus trial. There was every possibility that the ongoing affair could bring the French government to its knees. As a very recently arrived outsider, Oscar Wilde was unwise to become so enmeshed in divisive, local politics.

ILoveParis,
The Guardian said (Nov 2011) that kissing Oscar's tomb on the Paris tourist circuit has become a cult pastime, which is proving impossible to break. Even if one could catch someone in flagrante delicto, most perpetrators are probably tourists, so they would be home before the French authorities could bring them to court.

So you are correct. But why are most of the admirers at Wilde's Paris tomb women?

What a great post, as always! I think perhaps we'll never know Wilde's own feelings but it seems to me he was rather apathetic, at best, which can often be the most damning conclusion. He would then join the long line of Europeans who stood by and allowed the on-going persecution of Jews, paving the way for disaster years later.

you may well be correct. But I expect heroism from my heroes, not apathy and certainly not right wing reactionary behaviour. Wilde, of all people, should have known better. Look at the deeply shocking way the British justice system had treated him!

Interesting. A complete new perspective for me and I who love the book "Picture of Dorian Gray"

of course you loved Wilde's writing. Who does not? I did Lady Windermere's Fan, A Woman of No Importance, An Ideal Husband and The Importance of Being Earnest as a student, and thought Wilde was the wittiest writer ever. I still do.

Given Wilde's beliefs about life and Art, about lying and artificiality, and about the suppression of virtue, etc., it is extremely difficult to even guess at his motives.

It's not that we shouldn't censure him for possible wrongs, just that trying to figure out his thoughts and motives, even in his diminished circumstances would seem to lead through an odd contrary maze.

Your post reminded me of something I've been thinking about for a long time and of a post I did a couple of years ago.

I will post it tomorrow and link to you.

agreed. It is extremely difficult to guess at anyone's motives, even people very close to us. Motives are often murky, contradictory and not thought out carefully. And they often seem quite primitive.

You are quite right to point out his hideous experiences in Reading Gaol and his diminished circumstances in Paris. His wife and children were gone, and his passion for the awful Bosie was not returned. My motives might be a bit primitive in those circumstances as well.

If Wilde had been a working journalist or had a role where he wanted to be at the centre of nasty right wing politics, I MIGHT understand. But he seemed to be provocative for its own sake.

This post started with Oscar Wilde's arrival in Paris in 1894. For an analysis of his earlier years at home in Britain, see the blog Willowbrook Park:
http://willowbrookpark.blogspot.com.au/2010/02/oscar-wilde-malmaison-and-french-empire.html

When Wilde was released from his British gaol in 1897, why did he flee to France?

Oscar Wilde was educated at home, where a French and a German governess taught him their languages - he became fluent in both. As a young writer, Wilde drew a lot of inspiration from French literary movements and authors. He had already written a play in French entitled Salome' which was translated into English in 1894 and performed in Paris in 1896. The Picture of Dorian Gray (1891) was inspired by Gothic literature which Wilde coupled with elements from French decadent fiction.

There was no other country in which he would have wanted to revive his career and be visited by loyal friends.

I knew Wilde loved French literary movements and authors but I didn't know (or I didn't remember) that he was equally fluent in English, Germany and French. You have to admire really talented linguists!