Berta Szeps (1864-1945) was the daughter of the liberal Viennese newspaper publisher Moritz Szeps. Due to the unique position of her father at Neues Wiener Tagblatt and closest advisor to Crown Prince Rudolf (son of Emperor Franz Joseph I and Empress Elisabeth), she could establish contacts within European high society. 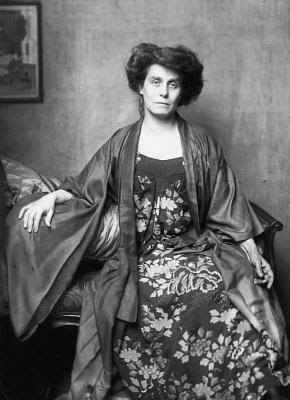 
She married Emil Zuckerkandl who was educated in medicine at Vienna Uni 1874. In 1875 he became privat-docent of anat­omy at Utrecht, became assis­tant professor in Vienna in 1879, professor at Graz in 1882 and prof of anatomy in Vienna. Emil opened the door for Berta into the world of science and stood to one side so she could create the salon of her dreams.

As a result of her connections and of her own talents, Berta Zuck­er­kandl was active as a nov­el­ist, journalist and critic, but what she truly loved was modern art. From the late C19th until 1938, Berta led an important literary salon in Vienna, using her villa in Döbling, north of Vienna’s city centre. Her salon was a meeting place for many artists and men of letters, incl Auguste Rodin, Gustav Klimt, Josef Hoffmann, Gustav Mahler, Arthur Schnitz­ler, Max Reinhardt. 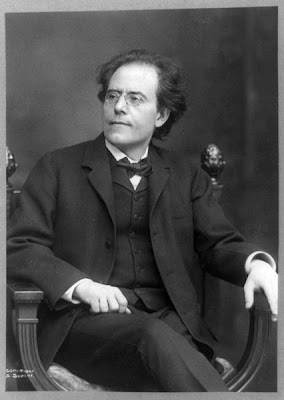 
Berta was thought to be an open-minded art critic and champion of Viennese mod­ernism. I can’t find any direct evidence, but several good judges have said that the initial discussions on founding the Vienna Secession occurred in her salon. She was certainly very supportive of the young artists and was definitely the person responsible for bringing August Rodin to Vienna in 1902.


And the patronage continued. The first big order for Josef Hoffmann and the Wiener Werkstätte, the building of the Sanatorium Purkersdorf (1904) including its interior design, came about by the acquaintance of the building contractor with Ms Zuckerkandl.


The Zuckerkandls were not aristocracy but in anycase intel­l­ect and achievement were more important than high birth. So it is interesting that her most important address was a palatial build­ing. Unlike traditional baroque palaces in Vienna, Palais Lieben-Auspitz was built in the late C19th and is therefore called a Ringstrasse Palace. It is five storeys high and once housed Berta’s salon. Located on the street level, the famous Café Landtmann still does great business. 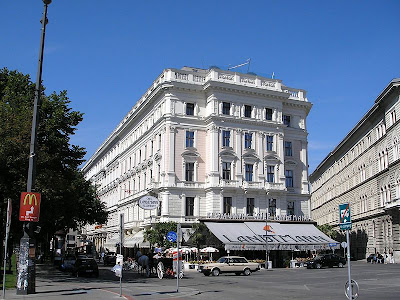 
This important saloniere was also a co-founder of the Salzburg Music Festival. Nonetheless, the only blog I can find who mentions Ms Zuckerkandl was the Dali House.

Hi, Hels, and thank you for the link. Your blog is great — I enjoyed reading through it — but unfortunately I’ve seen nothing further along those lines since. If I do I’ll get the word out to Melbourne!