At the height of the passion for male sopranos, four or five thousand Italian boys a year were castrated in order to preserve their unbrok­en voices. Eight was the average age to be castrated in the C18th, though it was illegal in both canon and civil law. And it had a high morbidity and mortality rate. But poor families did it because castrating a talented young lad might have led to a life of wealth and fame. [Little did families know that of the less-than-brilliant performers, 97% of the castrated lads would have to find work in church choirs].


Was it cruel and brutal to damage little children, before they had a chance to form an adult opinion? Of course it was. But contemporary written information is still impossible to find. If surgeons could not or would not do the operation, the local barbers would. The orchid­ectomy to remove a boy's testicles were reputedly performed by the butchers of Norcia, an Italian region famous for its pork products where the castration of pigs was common.

With no anaesthetic to control the pain, The Guardian said the lads were drugged with opium; they had their testicles removed by slitting the groin and severing the spermatic chord. Not surprisingly they developed no facial hair, no Adam's apple and their voices did not break. Their larynxes failed to put on the growth spurt that occurs in boys at puberty, so their vocal chords stayed close to the reson­ating chambers, creating a sound that was sublime like angels’ voices. More surp­ris­ingly to me, the castrati became very tall, with elongated limbs and barrel chested.

The male singers who were the great stars of George Frideric Handel's (1685-1759) day were not the tenors, but the castrati. Handel's operas were vocally elaborate, with long arias specifically designed to display the talent of his castrati. His works were full of intric­ate arias that totally excited English opera fans.

Francesco Bernardi aka Senesino 1686-1758 started his career in Siena and became a huge star in Dresden. Handel was in Dresden looking for singers for the Royal Academy in London, and recruited Senesino that very season in 1719. Senesino made his debut in London in Bonon­cin­i’s Astarto and his first role for Handel was a revival of Radamisto. The famous castrato performed in 17 new roles for Handel and three revival roles – more than any other castrato associated with Handel’s operas. But Senesino was up himself, full of professional vanity. His misbehaviour caused him to question his close links to Handel in 1726, and after years in Britain, he left to sing in Paris and Siena. 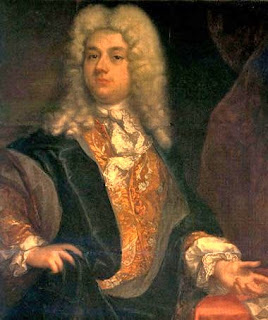 Senesino agreed to join the second Royal Academy back in London in 1730, replacing the castrato Bernacchi. Senesino sang four operatic roles for Handel plus roles in other operas. His last role for Handel was Orlando in 1733.

When the Opera of the Nobility started in London as a rival opera company in 1733, Senesino went to join them, thus being able to sing with the other great castrato, Carlo Broschi aka Farinelli 1705–1782. Farinelli became well known in Munich, Vienna and then in Venice. George Frideric Handel was also keen to recruit Farinelli for his company in London, but no; Handel was never allowed to write for Farinelli! All castrati played prestigious male leads, especially romantic heroes, but Farinelli was the greatest superstar of them all. 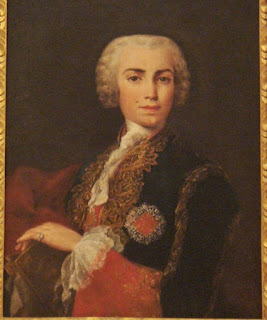 Another castrato who was treated like a film star was the Italian Giovanni Carestini (1704-60), the singer who made his debut in Milan and then Rome. Carestini replaced Senesino when he left Handel’s company in 1733 and although the younger man only sang with Handel for a few seasons, his career went onwards and upwards.

So why were the castrati more popular than other men in opera? Firstly many castrati were trained in Neopolitan or Roman musical schools, where they practised techniques for endless hours every day to expand their lung capac­it­ies to and control their voices. Their voices soared, plunged and held elongated breathless notes for a minute at a time. Their ability to sing like birds meant they could manage arias full of trills. No-one else could do that; audiences were besotted.

Secondly, because of the enormous fees they commanded and public adulation they expected, castrati could insist on stage-costumes in which they would appear handsome and dashing – tight tights, flashy armour, expensive wigs and lavish women’s materials. And they always played the successful, romantic lovers on stage.

Thirdly castrati were apparently in demand as lovers of wealthy women and potential patrons. They had great advantages over other men eg they could last a long time AND there was no risk of pregnancy or emotional involvement. But when men in Britain started to see famous Italian castrati as a sexual threat, were the cuckolded husbands being ironic? Racist, more than likely. The Italian super stars were seen by some as degenerate figures representing the worst excesses of Catholic southern Europe. They were a threat to British order!

Finally like films stars today, the castrati were famous for their off-stage shenanigans. Tourists gawked at their lavish homes, aud­iences mobbed them after the theatre had closed for the night, women wrote them love letters and the nobility wanted to have famous music­al stars at their dinner parties. Princes gave them objects made from diamonds and gold. The best artists begged to paint their portraits. 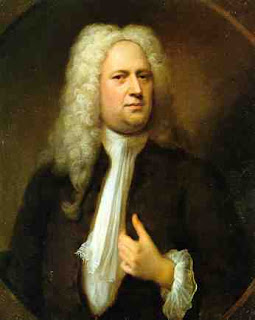 Handel 1733
He wrote long arias specifically designed to show off his castrati.

Sublime, said the C18th audience, but Anna Maria Barry said we will never know quite how they sounded. All that remains are some recordings of an ageing Moreschi, immortalised in 1902. In any case, even the great singers found that The Romantic Period (c1800) ushered in a new fashion for tenor and bass male voices. The last famous operatic castrato was Velluti who was still performing in London in 1820.

Ernesto Tomasini still performs at the Soho revue bar Madame JoJo's as The Techno-Castrato and as The Amazing Tomasini. But he has also started singing the high-pitched male castrato roles that have been sung over the last 100 years by women. True or Falsetto? is at the Pleasance Cabaret Bar Edinburgh, until Aug 2016. Many thanks to: The Guardian, Aug 2002, BBC History, Feb 2016, Handel's Castratos, Planet Hugill, Oct 2012 and Sinfini Music, Feb 2015

I wonder if there is a difference between a eunuch and a castrato? Perhaps it is that a castrato is "done" later in life specifically for music.

What a barbariic, but at the same time artistic, procedure!

In any case, the movie Farinelli is also an interesting look at the practice and the time.

It's ironic that castrati could become sexual objects, isn't it?

Goodness, (or not really). Whilst somewhere in the recesses of my mind, I remember reading about castrati, it isn't a fact that I recalled very vividly. I adore Handel's music, but had never associated the two. I suppose there are comparable sacrifices in other cultures, and they are all rather bizarre, (although not for artistic pleasure per se), but the binding of feet for Chinese women, and of course that other act of extreme abuse, FGM.

Why didn't the Pope and the bishops stop a practice that clearly contradicted Church teachings?

Good question by Joseph. But then there has been many subsequent offences committed by those within the church and nothing was done.

I missed the film Farinelli so it is good to know a little about the castrati.

no, I cannot see any difference in the procedure or outcome.

The term eunuch was often used in royal courts where the ruler wanted to be surrounded by utterly trustworthy servants. In particular, I am thinking of places where sexual behaviour would have been dangerous eg the harem. Consider the Ottoman Empire.

Since the term castrato was only for singers, perhaps it was a gentler, more cultured name for the same horrible surgery.

Sacrifices made _on_ children _by_ adults were always nasty, including as you say the binding of Chinese girls' feet until their toes fell off.

At least we can hope that most sacrifices were made for the ultimate happiness of the damaged child (whether that worked out or not). Female Genital Mutilation on the other hand was specifically to punish and humiliate the girls, as they grew up.

Pope Sixtus V specifically approved the recruitment of castrati for the choir of St. Peter's Basilica in Rome via a papal bull. Pope Leo XIII specifically prohibited the hiring of new castrati for Church choirs. Other popes in between these two suggested it was better to castrate little boys than allow women to sing in public.

I too would have loved to have seen the film Farinelli, made in the 1990s. The trouble is ..how do we know what is true and what is fantasy? Noone was going to tell the truth back in the 18th century - not the parents, not the surgeons, not the castrati themselves and certainly not their lovers.

What a fascinating post. I had no idea they were castrating boys in such numbers and an exhibit I saw last year is finally making sense. It was a foot exciter designed to bring a castrated man to orgasm and I remember wondering if there would have been much of a market for that.

What sort of exhibit was it? The reason I ask is that if castrati were limited geographically and timewise, I hope the exhibition was not contemporary.

It's a bit difficult to explain the concept. It was for final year art students for a university but the one exhibit had taken the historical artefact (the foot massage chair) and historical articles and papers about reflexology and castration and they'd created artwork about it, to imagine the plight of the people who would need to use it.

Not knowing the true history behind it, I had initially thought it was all a fantasy, that the chair had been created for no market or no reason, now I see that it was quite possibly a genuine invention.

Its interesting what you say about FGM. I am totally opposed of course but did have the chance to talk to someone who worked with cultures who still practice it . It seems that parents who dont or didnt subject their daughters to this horrible practice were thought to be poor parents . This was/is because the girls were deemed unmarriageable if they weren't done and also prone to promiscuity in adolescence . There was also the please to be had by the man who had increased sensory pleasure . This is all understandable when a woman's only roll and place is marriage and having children . These ideas are changing though as women become more educated and independent in being able to provide for themselves . Truly so much of the worlds future rests on educating women

nod. Most parents would never risk their children's life and happiness, unless they thought the maiming would be better for the child when he/she became an adult.

But there was always a financial aspect as well. If Female Genital Mutilation wasn't done on the young girl in certain societies, the parents wouldn't have been able to marry off the girl and would have had to support the girl financially at home. If poor families in Italy didn't castrate their musically talented sons and get them into a music academy, the probability of their sons having a great career was zero.