How Glasgow Flourished 1714-1837 was an exhibition that charted the rise of Glasgow from King George I until the start of Queen Vic­tor­ia’s reign. This was a very significant period in Glasgow’s history, a time of dramatic expansion in Glasgow’s boundaries and ambitions.​

Glasgow was above all a trading city. So the viewer was invited to examine how Glasgow’s businessmen made their fortunes from trading in colonial goods and through slave labour, and how they manufactured and exported products made in Glasgow, across the world. Nearly 300 years was also when ordinary Glaswegians started coming together in workers’ associations and co-ops to campaign for better working and living conditions for them and their families, thus paving the way for the Trade Union movement. Displays demanding political reform in Georgian Glasgow were an important part of this exhibition.

The 150+ images and objects from Glasgow collections showed how weaving changed from a cottage industry to a full-blown manuf­act­uring industry and green fields were covered over by some of the largest and most advanced dyeing and smelting factories in the world. Visitors could see a reconstructed weaver’s loom, factory engines and dresses and outfits. The processes of production were shown as they progressed from hand-made to mechanised industries.

Other exclusive displays included new portraits of members of one of Glasgow’s wealthiest families, the Glassfords and a newly conserved music organ made by James Watt, as well as the great man’s steam engine with its condenser unit. Of course industrialisation attracted many migrant workers from Ireland and the Highlands, thus creating severe housing problems and overcrowding in the city centre.

Family history was a recurring theme throughout the exhibition. So there were many other pieces from Glasgow Museums’ collection, including art and objects from Glaswegian families. The exhibition ended in August 2014, but an excellent app for ipads and iphones is still available. 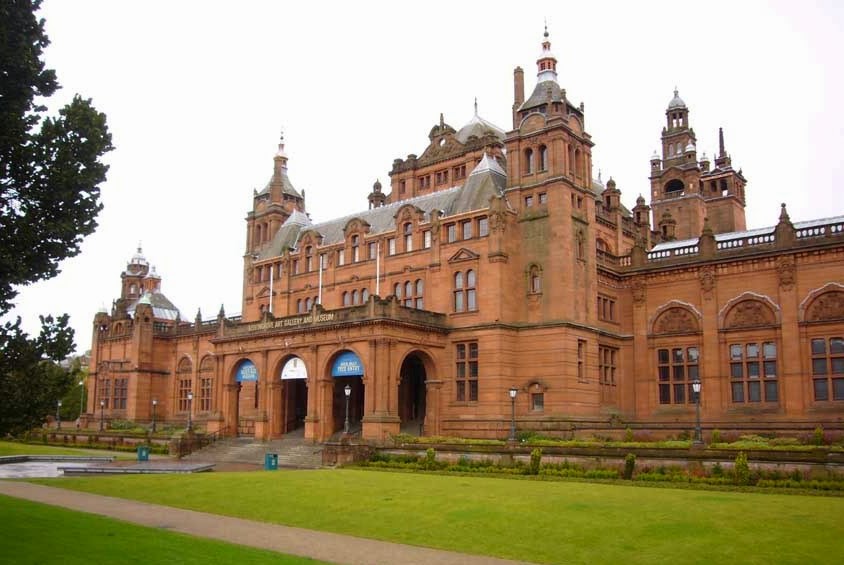 Kelvingrove Art Gallery and Museum was opened as the Palace of Fine Arts, just in time for the 1901 Glasgow International Exhibition. Perfect architecture for an exhibition about a flourishing city. 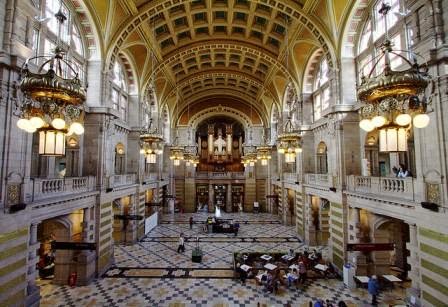 Across the Pond in New York is the exhibition Edward Hopper and Photography which ends 19th October 2014.

As Fine Art Photography Studio asks, what if Edward Hopper (1882-1967) had used a camera rather than a paintbrush? A new exhibit at the Whitney Museum of American Art explores this exact question by pairing Hopper’s paintings from the museum’s permanent collection with the work of contemporary photographers.

The Whitney curators said that by reducing all elements in his composition to their essential geometries and treating light as a palpable presence, Edward Hopper imbued his images of everyday life with what the American philosopher Ralph Waldo Emerson called an “alienated majesty.” One of two perman­ent collection displays on the Museum’s 5th floor mezzanine, Edward Hopper and Photography pairs Hopper paintings from the Whitney’s permanent collection with the work of contemporary photographers who share an interest in elevating everyday subject matter by manipul­ating light. The six photographers represented in this presentation, Gregory Crewdson, Philip-Lorca diCorcia, William Eggleston, Steve Fitch, Todd Hido, and Stephen Shore, record mundane subjects but endow their photographs with emotional poignancy and mystery similar to that in Hopper’s art.

I would ask “who achieved the emotional poignancy and mystery the best – the painter or the photographers?” 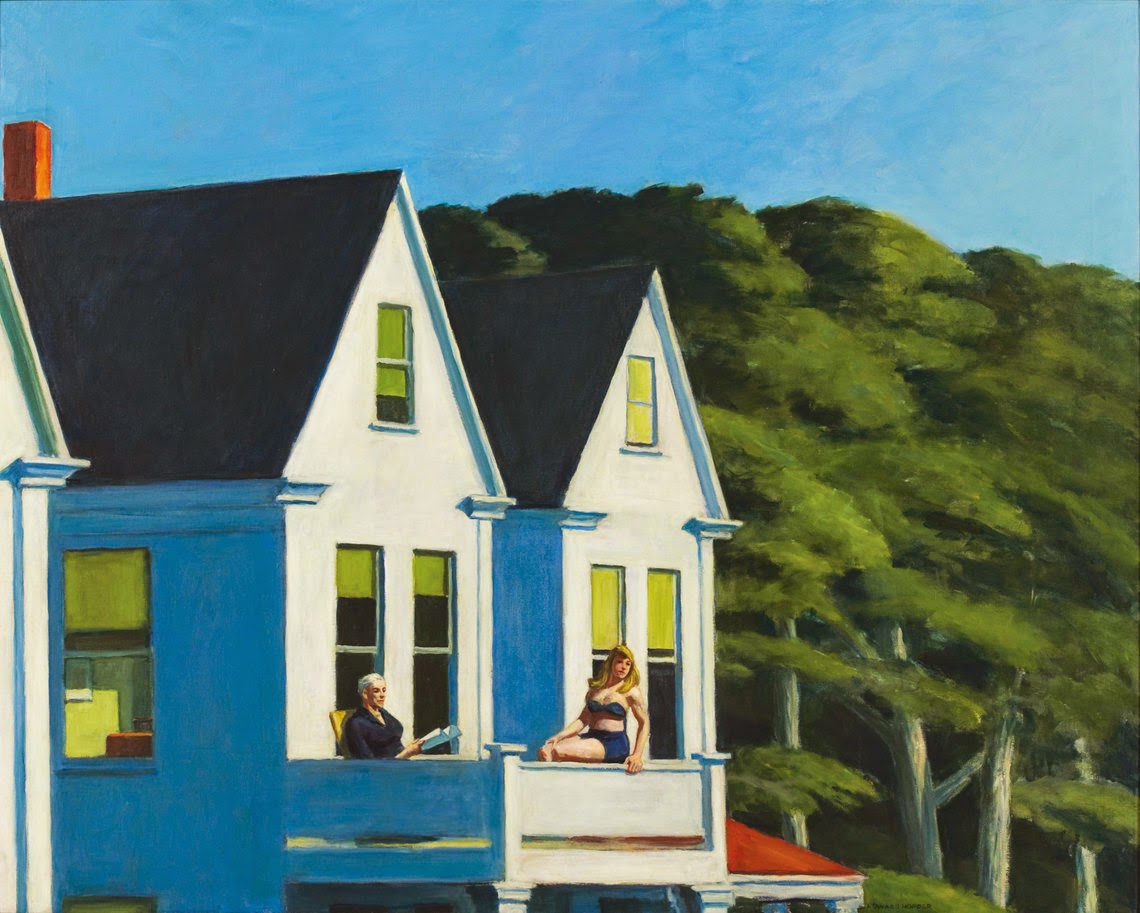 Hello Hels, Every time I see Hopper's paintings, especially the architectural ones, I like them more and more. His use of light is certainly remarkable, but I'm not sure if the photography comparison really adds something, or is just an excuse for an exhibition. (I clicked a few links, but none of them revealed very much.)

Apropos to the recent discussion of individual needs in architecture, I love how in Second Story Sunlight, the Sunbathers in one of the nearly identical houses have adapted it to their special use by adding the porch, which the neighbors to either side had found unnecessary.
--Jim

I visited the gallery last time I was in Glasgow and loved it. The building looked like a grand central railway station from the Victorian era.

when I was a student, art history consisted of paintings, architecture and sculpture. Plus odds and sods of lectures on porcelain, gold and silver, illuminated manuscripts etc. But NOT photography. I assume we have greatly changed our thinking about the art of photography in the last 30 years, including at the Whitney.

Hopper's paintings are very architectural, aren't they? Even his interiors. Love it!

Kelvingrove is indeed a monumental piece of gallery and museum architecture. I shall look for an interior photo and add it to my post.

I wish Australia was closer to overseas destinations or, failing that, I wish those exhibitions could be brought to our galleries.