I saw the two comedians, Steve Coogan and Rob Brydon, in their 2010 film, The Trip. The road trip to Lancashire, Yorkshire and the Lake District was to review restaurants for a major British daily. But they also followed the poets' trails, and recited poetry to each other over sumptuous dinners. Greta Hall in Keswick, once occupied by Samuel Taylor Coleridge and Wil­liam Wordsworth's home, Dove Cottage in Grasmere (see photo below), were favourites.

In their next film together, The Trip to Italy (2014), the two comedians follow Lord Byron's (1788–1824) and Percy Shelley’s (1792–1822) paths across Italy. Once again the actors’ task was to eat at gorgeous restaurants so that Brydon could write a magazine article; this gave the film a rich visual and poetic texture. But there was, I believe, no mention of Coleridge in the second film.


Samuel Taylor Coleridge (1772–1834), who was Byron and Shelley’s exact contemporary, actually DID travel to Sicily and Malta in 1804, working and writing. He returned to England in 1806 where Dorothy Wordsworth noted that she was shocked at the state of her friend’s physical and mental health. Then in 1807-8, Coleridge again travelled across Italy, hoping that leaving Britain's damp climate would improve his health and reduce his consumption of opium. 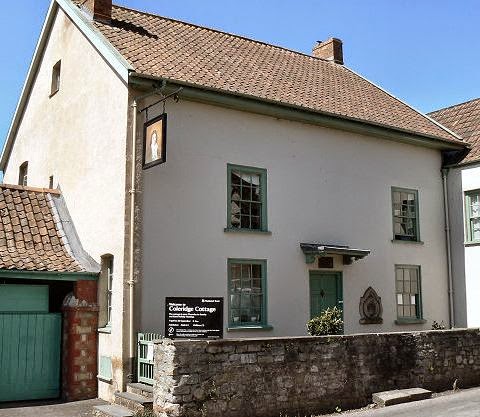 Coleridge Cottage Somerset, from the street.
The family lived there from 1797-1801 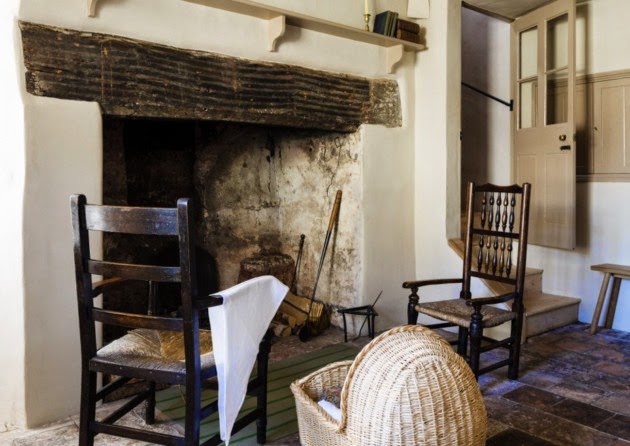 Coleridge's cottage, in the parlour 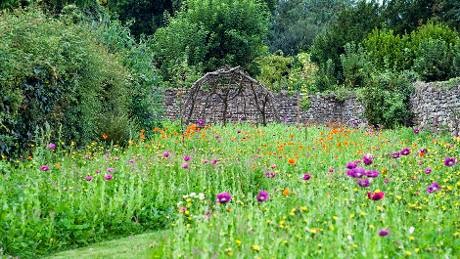 Coleridge's cottage, in the garden

So how can we touch Coleridge now? By visiting a C17th cottage that was home to the poet for three years, from 1797 on. In love with the Quantock Hills landscape, Coleridge and his new wife Sara Fricker rented a 6-room house in Nether Stowey Somerset, believing it would be beautiful. It was not. Damp, mice infested and remote, Sara and the baby son Hartley were not happy, even though the cottage was improved sonewhat in 1800. Yet it was during his time in this cottage that Coleridge wrote his finest works, including The Rime of the Ancient Mariner and Kubla Khan.

Almost as soon as Coleridge settled into his Somerset cottage in 1797, he met William Wordsworth (1770-1850) and the two poets become instant friends. Within six weeks, Wordsworth and his sister Dorothy packed up and moved to Alfoxton House in Holford Somerset, in order to be only 6 ks from their literary friend! So it is appropriate that both Coleridge and Wordsworth are seen as crucial in the development of the literary Romantic Movement.

The Coleridge marriage was not going well, so the poet spent as much time as he could tramping over the countryside, visiting friends by himself or going on trips to Germany and Italy, again sans family. But his health was not improving. His friends could see his descent into rheumatic fever, depression, nightmares and laudanum opium addiction. Wordsworth's Dove Cottage in Grasmere, Cumbria
The cottage, which the family used from 1799-1808, still contains many of their possessions, furniture and portraits. And it houses an art gallery and museum for Wordsworth's works. 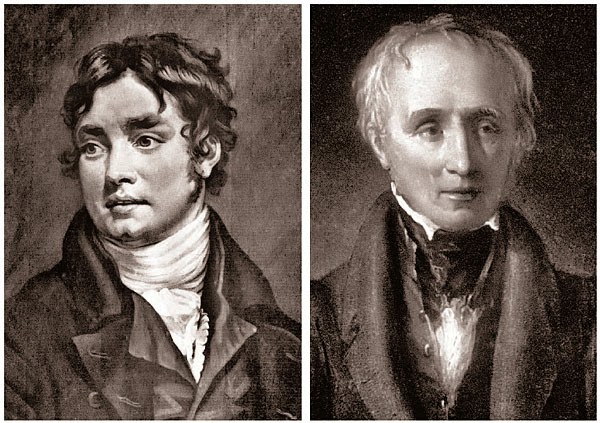 The New York Times summarised their love lives beautifully. William Wordsworth was brother to Dorothy, who adored Samuel Taylor Coleridge, who was married to Sara Fricker, who was the sister-in-law of the future poet laureate Robert Southey. Together with Sara Hutchinson, with whom Coleridge was besotted, the Wordsworths established a fluid commune, first in Somerset and then later in the Lake District. It was a mess.

Coleridge Cottage has a rich and fascinating history.  And so does the surrounding landscape. Although I didn’t see the 2000 film Pandaemonium, it was apparently based on the lives of Wordsworth and Coleridge and was set in the beautiful Quantock Hills in Somerset.

The cottage became Moore’s Coleridge Cottage Inn in the C19th. Then the National Trust acquired the property before World War One, and has recently restored the interiors. As a result of a major redev­el­opment project in 2011, visitors can now explore parts of the cottage never previously open to the public, and wander through atmospheric cottage rooms which were recreated as though the Coleridge family had just stepped out. In the garden, visitors can listen to recordings of Coleridge poems and enjoy the greenery. 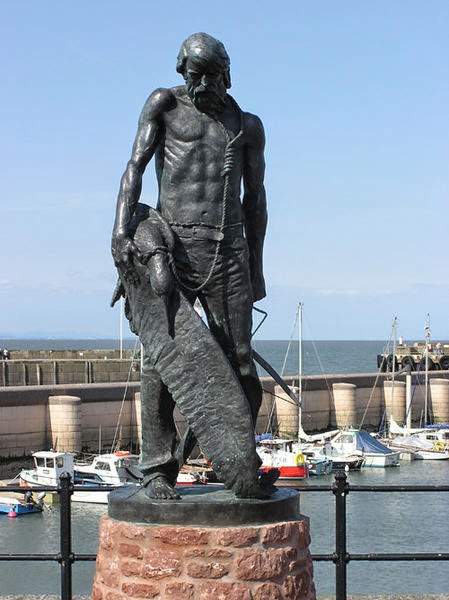 The Coleridge Way is an 82 km footpath in Somerset. Although only opened to the public in 2005, the route links several sites associated with Coleridge in the 1790s, starting from the Cottage at Nether Stowey. A statue of the Ancient Mariner stands guard over Watchet Harbour in Somerset.

Hello Hels, This is an interesting post. I love Coleridge and quote him often, and it would be wonderful to visit his cottage. Somewhere I have a book on the homes of British literary figures, but it is quite buried at the moment.

Furthermore, the comedic work of Coogan and Brydon sounds interesting, and I would like to view some of it to see what it is like.
--Jim

In Xanadu, did Kubla Khan
A stately pleasure dome decree
Where Alph the sacred river ran
Through caverns measureless to man
Down to a sunless sea

We learned a few verses off by heart in 1963. I remember of lot of my high school poetry still.

I would love that reference. I firmly believe that literary and art figures were influenced, for both good and bad, by the homes and communities they lived in. I've seen it over and over again, with people like Jane Austen and Anthony Trollope.

The films are super fun, but are all cinematography and language, no story to tell of. So listen carefully to the dialogue... I am sure I missed many references.

Fantastic what we can remember from childhood *nod*. Flowing, exotic language, so I wonder if your English teacher mentioned laudanum.

"The best words in the best order" so Coleridge thought of poetry and we certainly could be tempted to concur with this view.

This was an interesting post of the life and times of Coleridge. We had not quite appreciated the intricacy of the connection of the love lives of these poets of the day. What a tangled web indeed!

Italy is such a country of travellers and it would be such fun to follow in the footsteps of some of these famous 'celebrities' and experience a modern version of what they saw and did. We suspect that in the main one could retrace the footsteps quite faithfully with only minor differences!

I loved going on art and literary figures' life trails. Joe and I enrolled every second year at the Summer Academy, organised by the University of Kent, and held at 11 different universities across the UK. I don't know if the Summer Academy still runs, but the lectures and tours were fantastic.

I have added an image of Wordsworth's Dove Cottage in Cumbria, another super place I saw on a guided Summer Academy tour ages ago.

I'll have to return to that part of the world. I loved walking in Cornwall and would love to walk some of Coleridge walk. I'm quite a fan of his but the interpersonal chaos you describe is so indicative of addiction. Not for me! I prefer a quieter, more sane existence.

These literary men seemed to love the rugged beauty of Somerset and Cumbria. The walking trail would be fantastic, but I think I would prefer to do it in summer :)

By the way, I think even Coleridge would have agreed with you about laudanum. He knew it was ruining his life, even as he battled to stop the addiction. How ironic that Coleridge lived till 62 while Lord Byron and Percy Shelley died at 36 and 29 respectively :(

Shoo... can you imagine living for so many years with such an illness though? I bet he struggled all of his life to bring it under control.