Every adult citizen's vote must be counted

International Institute for Democracy and Electoral Assistance - Compulsory voting information wrote that democratic governments consider voting in elections a right of citizenship. Many nations consider that participation at elections is more than a mere right; it is also a citizen's civic responsibility. In some countries, where voting is considered a duty, voting at elections has been made compulsory and has been regulated in the national constitutions and electoral laws. Many of these countries impose sanctions on voters who do not fulfil their civic duty. But the idea of "forcing" people is almost irrelevant. They vote because that is what a good citizen does - he looks after the children, runs a home, keeps a job, pays taxes, protests against bad laws, supports charities, uses public transport wherever possible, and votes!

I would add another very important consideration. A government who is elected with­out hearing from 100% of the adult population has no legitimacy. Of course 100% may not be literally possible since some people are inevitably in gaol, in hospital or are so infirmed that they cannot write. But 100% of the adult population should be the goal of any democratic nation’s electoral strategy.

If mobile voting booths have to go out to old peoples’ homes and move from bed to bed, those mobile booths must be funded from the tax base and equipped before the next election. Postal voting will be necessary for all absentee voters. Voting has to be on weekends so no worker suffers a loss of wages during his absence from work. If citizens are working in Antarctica or New Guinea, election officers need to process those remotely located citizens in a timely fashion. 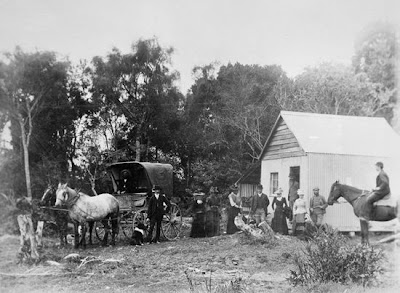 Austria, Netherlands, Soviet Union and Spain did have universal voting at some stage, but have since changed their legislation.

FairVote blog gives the arguments cogently and at length in Maximizing Participation: what the US can learn from compulsory voting. Empress Nasi Goreng blog discussed how serious Australians were their rights and responsibilities in On the Australian system of compulsory voting.
Posted by Hels at 19.8.09