The founders named the com­pany Phaidon after a pupil of Soc­r­ates, to reflect their love of classical culture. The company's distinctive logo der­ived from the Greek let­t­er phi, which represented the golden rat­io, employed by artists, arch­itects and de­signers since antiquity. Their first titles were on lit­erat­ure, philosophy and history, incl­uding a German edition of Plato's works. Great attention was paid to value and design, two factors that remained throughout MY undergr­ad­uate career. Their objective was to deliver quality books at an aff­ordable price; Goldscheider's contrib­ution came in the elegant layout and handsome production; mine was to stun and amaze the Art History Dept where I studied.

The company soon became known across Europe for its high-quality books about art and arch­itecture. The large-format art books first emerged in 1937, featuring works by Vincent van Gogh, San­dro Botti­c­elli and the French Impressionists. Then they expanded the programme to include the works of art his­t­orians like Burckhardt, and the addit­ion of beau­t­iful photogravure plates. Then the published editions of fine C19th bio­graphies of Raphael & Michelangelo both by Grimm, and Velázquez by Justi. 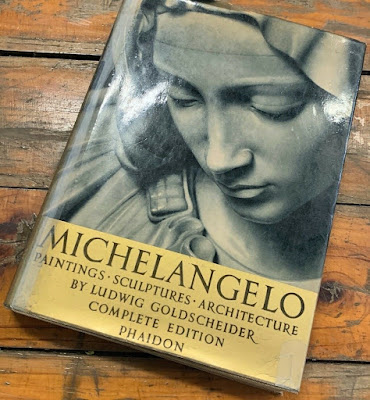 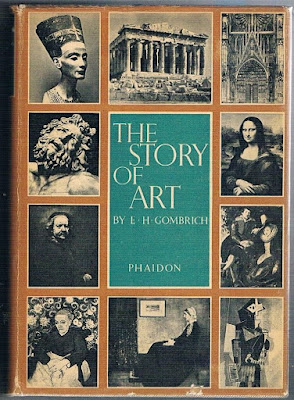 The story of art, by Gombrich.
Phaidon 1956.
The classic Phaidon book, which went to every private and institution­al art library, emerged in 1937 with large-format books and high-quality plates. These books by Horovitz were aimed at the British and American market; he was a pioneer of the internat­ion­al co-edition and it was these large print-runs that achieved decent prices.
To avoid the tragedy of the Nazi Anschluss of Austria in 1938 on Jews, Hor­ov­itz and Goldscheider quickly moved the company to London, re-est­ab­lishing it as Phaidon Press. Ungar also had to leave Austria urg­ently, but he went to New York in 1939 and founded the Frederick Ungar Pub­lishing Co there in 1940. The trio sadly never got together again.

British success was possible with the help of publisher Sir Stanley Unwin, who later gave a graphic account of how he beat the German authorities in his auto­biography The Truth about a Pub­lisher (1960). For the next 14 years Phaidon books were distrib­uted via George Allan & Unwin Ltd. Horovitz and Goldscheider expanded the large-format series to in­clude books on Donatello, Bell­ini and Mich­aelangelo, many edited by Goldscheider him­self. They had fine photo-gravure printers who kept high reproductive standards.

After the war the company laun­ched innovative schol­arly and popular art publishing. They published monographs on established and new art­ists, as well as surveys of various art movements. Their best known title, The Story of Art first published in 1950, had its origins in a chance meeting between Horovitz and Ernst Gombrich (1909-2001) on the top deck of a London bus. A fellow pre-war ref­ug­ee from Vienna, Gom­brich had become a research fellow teaching at the War­burg Institute in 1936. It was inspiration on the part of Horovitz to pers­uade him to write a one-volume survey of the history of art. The Story of Art, Ernst Gomb­r­ich's narrative survey, has sold 8+ million copies and has been tran­slated into 30+ languages, becoming one of the best-selling art books EVER. The company also published the world's second best-selling art surv­ey: The Art Book, which presented the work of 600 artists from the medieval era on. 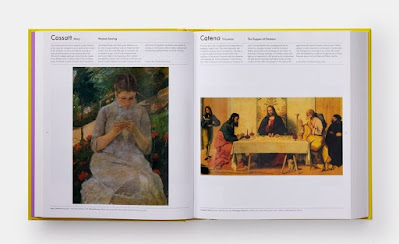 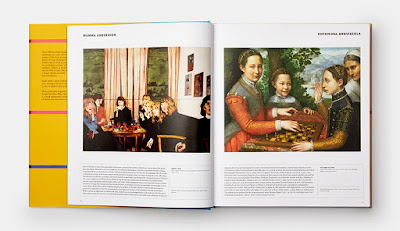 In 1951 publishing history was made with the first Phaidon Colour Plate book, which made artists' work readily available in colour to a wide audience at a reasonable price.

Following Horovitz’s death in 1955, Phaidon was taken over by his son-in-law, Harvey Miller. Miller continued the trad­ition of sch­olarship and high quality monog­raphs and catalogues in New York. He ex­panded the Colour Plate series and many of Gombrich's more scholarly titles.

In 1967 Phaidon was sold to Frederick Praeger Inc, a part of Encyclop­aed­ia Britannica. Praeger found the business unprofitable and in 1974 he sold to Elsevier. Phaidon books continued to be distributed in America and translated into many other languages.

The 1970s saw a great expansion in the number of staff and the number of titles. Like other contemporary publishers, Phaidon diversif­ied into a range of areas, took on production and distribution of some El­sevier titles and began to buy in titles from publishers abroad. While many good quality books were published, the strong and disting­uished Phaidon identity had been lost. Elsevier also found art books unp­rof­­­itable and in 1981 a management buy-out was sorted by 4 directors under a holding company. Phaidon was acquired by Richard Schlagman in 1990. Sch­lagman hired the designer Alan Fletcher in 1993 to be the creat­ive lead, and in 1998 Fletcher brought on board the young German des­igner Julia Hasting. She focused on conceptual book design, emphas­is­ing the art book as an object. 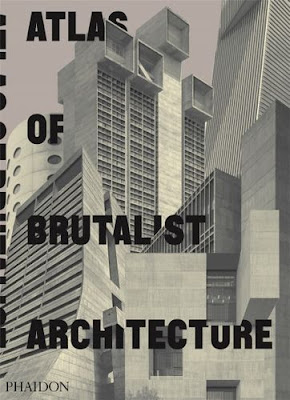 Those Viennese art historians were pretty impressive. But their large books were not very cheap, despite the company's goal of keeping the prices reasonable. As a poor student, I had to rely on library books.

Do you remember when you said the most influential art historians at Melbourne University were Aby Warburg, Erwin Panofsky, EH Gombrich, Nikolaus Pevsner, Adolf Katzenellenbogen, Fritz Saxl and Rudolf Wittkower? All trained at German-speaking universities, these art historians went on to change Britain's scholarship! But which came first - the Phaidon books or the German speaking historians?

Hello Hels, Thank you for filling us in on the history of the Phaidon Press. I'll have to start noticing which of their editions I still have. Most of my earlier art books were "in the fire" but I still have a lot put away in Ohio. I have very few art books in Taiwan, as large books cannot justify their weight in my airline luggage.
--Jim

I hear you. What counted as a reasonable price for a university library or a lecturer on a good salary was out of the range of impoverished 20 year olds. Worse still, there were no computers back then.

I took my notes firstly from English-speaking academics, their lectures, tuts and printed reading lists. But I was delighted to find plenty of research notes by Pevsner, Gombrich etc in art history texts published by Phaidon and others.

I am delighted that you still have a lot of your published treasures intact and protected in Ohio. It breaks my heart when young people save and save their money for luxuries early in their careers, only to throw their books out when computers came in.

Computers are wonderful, but they cannot replace going to the gallery where the works hang. And if you cannot get to those galleries easily, then Phaidon images are second best.

Gombrich's Story of Art is an absolute classic. It was one of the set books in my Arts Degree and is now in (at least) it's seventeenth edition. I have always favoured Phaidon art books as being excellent value for money - now I know the background story. Thank you Hels!
CLICK HERE for Bazza’s usually unique Blog ‘To Discover Ice’

Gombrich was a classic in his own right. I thought a German-speaker who learned English later on in life might be a bit heavy handed in scholarly writing, but I found myself admiring his art history AND his language skills.

This weekend (Sunday and Monday) is the annual AAJS conference, so normally I would have been going to Canberra to give my paper. However Covid has meant that most speakers will be giving their paper via Zoom. I know a great deal about my topic (Fascism in 1930s and 40s in Britain) but I know very little about zoom :(

Phaidon has published some truly beautiful books! I didn’t know the background, so thanks for sharing.

By the way, the Gombrich book was our textbook for Year 12 art when I was at school, and I used it to help our students look up stuff for their art theory! Who knew back in my day it was such a classic? I saw some of my first famous paintings in its pages, and amused a gallery guard by getting excited over The Hay Wain when I finally got to the National Gallery in London.

you and bazza could have both been my loved siblings, back in the old days! Your art history teacher was asking a lot of Year 12 students, giving them Gombrich etc to read, but he/she was quite right in starting you off with classical references.

I would love to have seen you in the National Gallery for the first time.. I hope your year 12 teacher heard about your responses :)

Hi Hels - wonderful post ... I don't fall into Bazza or Sue's class ... but I do love the thought of Phaidon books - I shall now keep a keen out for them ... just to look at! Really interesting ... so fascinating ... all the best - Hilary

The best thing about blogging is that we keep learning, even after 60 😃

I hope you get access to some of the books I refer to above. Depending on your interests.

I'm becoming an expert on Zoom. About ten times per week at the moment. In April I am delivering a talk "Paul Cezanne and Mont St Victoire" to a U3A group via Zoom. Then my Jewish Facebook group is celebrating it's third anniversary on 11th March. It be at 9:30 am so that our Australian members can join in!
CLICK HERE for Bazza’s famously fascinating Blog ‘To Discover Ice’

I would really love to hear your Paul Cezanne and Mont St Victoire talk. Can you give a zoom link and password to non-U3A student?

As you can see, my current blog post is about Impressionist art in two countries. Cezanne was not exactly an Impressionist, but he certainly exhibited with some of the Impressionist artists I have dealt with eg Claude Monet and Mary Cassatt.

It will probably be on Wednesday 21st April at 10:30am UK time so that should be 21:30pm for you! I will confirm nearer to the date.

many thanks. The Boston MFA director said his museum was shaped by collectors who were buying the contemporary art of the day, especially the Impressionists. They were largely interested in Impressionist artists up to Cezanne, less so in later developments. A perfect reason to bring Cezanne to Australia this winter.

thank you so much for your long and detailed comment. I hope you have access to some of the Phaidon books.