What was a relatively uneducated young man from the Ukraine, Shmuel Yosef Czaczkes, doing winning a Nobel Prize for literature? Shmuel who?

Shmuel Yosef Czaczkes(1887-1970), a rabbi’s son, learned Hebrew texts from his father and European literature from his mother. In 1908 the family emigrated to Israel, but as soon as he could leave his parents’ Jaffa home, he pursued his studies in Germany in 1912. Germany was where Shmuel Yosef laid eyes on Esther Marx, argued with her father about whether a writer could make a reliable and supportive husband, married her anyhow and had two children. And Germany was where the would-be author had his first book published. 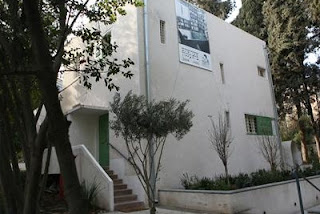 Shmuel Yosef was writing constantly in Germany and, without gainful employment, might have starved in his writer’s garret. Fortunately he met the successful publisher Salman Schocken (1877-1959) in Berlin during the war, a man who solved the entire publishing dilemma. Only one early manuscript was not published; a completed novel was destroyed in a fire in Shmuel and Esther's home in 1924.

Devastated by the loss of his own writings and by the destruction to his library, Agnon decided to return to Jerusalem alone, intending to bring his family along at some stage in the future. Shmuel Yosef Czaczkes was a difficult name to carry around, so when he returned to live in Israel in 1924, he changed it to the much simpler and more literary Shai Agnon. I bet Mrs Esther Czaczkes was surprised to hear her beloved husband answering to a totally new name.

Agnon's library was hit for a second time when his Jerusalem house was destroyed during the appalling Arab riots of 1929. For a writer to lose his library, twice, would be like a painter to lose his eyes or a surgeon to lose his fingers. So Agnon had no choice but to build a new house. 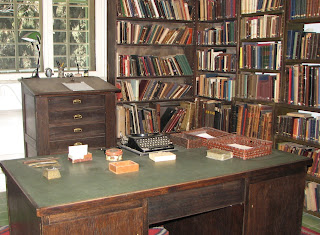 I love Israel’s modernist Bauhaus architecture, built largely in Tel Aviv from 1930-WW2. But I didn’t expect the harsh, white, undecorated shape of Bauhaus architecture in Jerusalem. Thankfully Agnon never had to move from his 1931 Talpiot house for the rest of his life. He had moved enough in his life.

I don’t suppose Agnon was an easy husband or a supportive father to his wife and children. Linda Gradstein described a man who lived a modest, religious life and insisted his family did too. The author tolerated just four folding chairs for visitors, no hot water for showers, no meat and no access to the one big library room upstairs to anyone other than the great man himself.

Even when Schocken was Aryanised by the Germans in 1939, Agnon got lucky. The publishing house moved to Israel under the same name and continued the role it had played in Germany. We can identify the following books as Agnon’s novels, all published of course by Schocken: The Bridal Canopy, 1932; A Simple Story, 1935; A Guest for the Night, 1939; Only Yesterday, 1946; Shira, 1971 and In Mr. Lublin's Store, 1974. He also wrote books of short stories, collected letters, novellas and non-fiction. 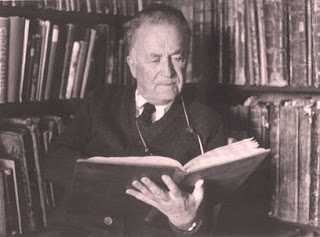 The City of Jerusalem bought the house in 1970, the same year that Agnon died, and eventually turned the building into a museum. In the last few years, renovations were made to restore the building to how it appeared during Agnon's lifetime. Reopened in Jan 2009, the upstairs library and study, including Agnon's large book collection, is the most interesting part of the house-museum.

Visitors and students can now inspect archival photographs, documents, recordings made by the writer, letters, manuscripts and copies of special editions of his works. Older citizens like myself can review the published material while enjoying coffee and cake on the typical Bauhaus roof terrace. Bliss.

Despite Agnon’s themes being clearly Jewish, there was also something universally appealing about them. His works have been translated into just about every language under the sun, including for societies who would never have seen a Galician-Ukranian-Israeli-German in their midst.

Hello Hels:
Both the author himself and his house, now the museum, are clearly of great interest. How extraordinary that Agnon's library should be destroyed twice - we cannot imagine having to come to terms with a loss such as that. But how wonderful that today his books, his writing, where he worked and his home can all be accessed by the public. And, as you say, there is coffee to be enjoyed on the roof terrace too!

There are approx 25 Bauhaus designs in Jerusalem, but not thousands as Tel Aviv has. Still, why did Agnon choose a Bauhaus architect to design his house when he really didn't love that harsh style?

agreed..there is something very special about visiting the home of a great cultural figure. I felt the same excitement visiting Agnon's house as I did visiting Rudyard Kipling's house, another Nobel laureate. Much more intimate than viewing the same papers, photos etc in a barren university archive.

the architect Fritz Korenberg seems to have left an architectural legacy in Jerusalem, Haifa and on kibbutz, but I can't say I recognised his name before visiting the Agnon house museum.

And Agnon _did_ say he didn't like Bauhaus. I am guessing he asked his neighbour Fritz Korenberg to do the design because:
1.they loved chatting together in German
2. Agnon valued modesty and this house was very modest.
3. Perhaps Korenberg offered a friend's price for his services.

What a fascinating life and all credit to him for his abilities and sheer persistence, but I wonder what his wife and children would say.

In my reading, I kept bumping into the same problem - brilliant, achieving men who treated their wives and/or their children badly.

Agnon was never going to win Father Of The Year Award.

I recently read Amos Oz's study of Agnon - The Silence of Heaven and was very moved.

I am well impressed. I always found Amos Oz's novels far easier to read and more pleasurable than Agnon's novels.

But Silence of Heaven is different. It seems to be more scholarly about Agnon's literary sources and Agnon's views on Jewish society, past and future.

My favourite novelists in Hebrew are Oz, AB Yehoshua and the incomparable Meir Shalev.

I love AB Yehoshua as well. Meir Shalev I have yet to read.

I think we may be soul mates :)

Hels,
I'm sure you'll enjoy this new article that I've just come across: "Is there such a thing as Jewish Literature? http://www.momentmag.com/moment/issues/2012/06/Symposium.html

Thanks for the thoughtful article which I read with interest. Although I haven't read those arguments about Jewish literature before, I have read the same debates about paintings, gold and silver art objects, printing and even architecture. Love it.