Names we gave to our newborn babies in 2020: Oliver, Olivia and Charlotte!

Note the influence of British royal names in England and Wales of 2020. George was very popular, after the Duke and Duchess of Cam­bridge chose it for their first son. Archie, the name chosen by the Duke and Duchess of Sussex for their son, entered the top 10 for the first time since records began. Harry and William were still popular, but Charles dropped out of the top 10 for the first time in two decades. This trend is present in the girl’s names with Char­lotte and Elizabeth. However note that the name Victoria has dropped off the list since 2020. 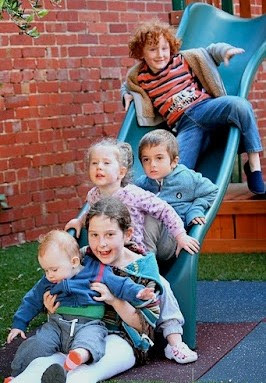 My grandchildren,
all born between 2003-2010
all with French or Hebrew family names
The Office for National Statistics/ONS data showed Oliver retained the No 1 slot for British boys for the 8th year in a row.  George was the second-most popular name for boys. Arthur and Noah were third and fourth respectively, and Muhammed was next. For boys, the biggest risers were Hudson, Sonny and Myles.
Olivia was once again the top choice for girls. Fast-risers in British girls names were Lyra, Arabella and Mabel.
The ONS noted again that the age of mothers had an impact on the choice of baby name. Archie jumped into the top 10 boys’ names for the first time, driven by younger mothers as well as the obvious royal link, as did Ivy on the girls’ side. Popular culture continued to provide insp­ir­ation for baby names, whether it was after characters in favourite shows. Fast risers included Maeve and Otis, characters in the Netflix comedy-drama Sex Education. Milo was another swift climb­er in the list of boys’ names, presumably from the Japanese children’s adventure feat­ur­ing a kitten and puppy, Milo and Otis. Celebrity influences include the name Luna, growing in popularity since John Legend and Chrissy Teigen’s daughter Luna was born in 2016.

Parents aged 35+, on the other hand, continued to choose more tradit­ion­al names. I agree with that. I have never heard of Netflix programmes or John Legend, and would never have recognised these uber modern names. So my gener­at­ion’s favourite names, Margaret, Rebecca, Paul and John were among the most popular names of the last 100 years, but have since fallen out of favour.

***
Back in 2012 in this blog I analysed favourite baby names. And loved the experience.  Charlotte for girls and Oliver for boys are still in the top position in Australia in 2021. Also the top five names for both boys and girls unch­ang­ed since last year, just a little shuffling for positions. So in order, the top girls’ names for 2021 were Charlotte (top name for a decade), Amelia, Olivia, Isla and Mia.

For boys, Oliver (most popular name for 8 years), Noah, William, Jack and Leo took the top places. While the names rising the most were Ryder, Caleb, Ari, Theodore, Hudson, Archer, Hugo, Arlo and Harvey. And there has been some increased use of the names Leonardo, River, Lewis, Arthur and Lennox. The big­gest drops in boys’ ranking were: Ezra, Hamish, Zachary, Dylan, Matthew and Luke.

When I had my babies in the early 1970s, they had to be named in hon­our of the closest relatives who had recently past away. But Gen Y par­ents had wid­er access to information than any other generation of parents in hist­ory. They were clearly not bound by family and religious traditions, drawing instead on social media and popular culture influen­ces, blogs, websites and baby naming apps.
What name would you give a newborn this year? I would choose Naomi.

Hi Hels - lovely to see your grandchildren and great they have French or Hebrew names. I've no idea what I'd call a child and occasionally think about names ... there was a girl at school called Honour - I hope she stood up to her name. Origins of names is an interesting subject ... cheers Hilary

The problem is that babies have no choice in selecting their own names.

I would pick a girl's name with a soft ending eg Amelia or Melanie, not Madison or Lennox. But then at 15 the daughter might say I want to be called Queen from now on.

there were many names based on religious virtues that were popular for girls for a long time. Not just Honour, but also Felicity, Grace, Sage, Mercy, Verity, Joy, Justice, Constance, Hope, Faith, Prudence, Destiny, Charity and Serenity. They are beautiful names, but they might hold the girls to a rigorous standard. Perhaps Virginia is TOO high a standard.

Boys have fewer virtues to live up to, apparently :)

Right! Babies and young children have NO say whatsoever on the names that parents choose. And noone knows what names will be popular or otherwise in 20 years. So I suppose parents should be very careful in their choices at birth, AND flexible enough to allow the child to change his/her own name in late teens.

Remi, Harlow, Hallie, Maeve, Add­ison might or might not thrill the girls; ditto Ryder, Caleb, Hudson, Archer, River, Lennox and Arlo for the boys.

Hello Hels, Adorable grandchildren, and I can see some of the red hair genes coming through! If children don't like their names, they can use nicknames or middle names, or change their names when they get older. I would have thought Hudson was a girl's name, given recent usages such as Madison. Moreover, although Hudson is a pretty common surname, many will call to mind the famous Hudson sisters, Blanche and Jane.
.
There is a clever You-tuber named Cary Huang who among other things specializes in computerized forms of data visualization. He did two fascinating videos about boys' and girls' baby names, although these do omit the last few years of name changes:

My latest grandson who is just 5 weeks old is called Theo which I really like.

Cary Huang's youtube productions were very clever indeed, thank you. I had assumed that the names in any one decade would stay consistent, both in order and in length of popularity, before that group faded away totally. And didn't returned for another 25 years. But no.. each girl's name seemed to be totally independent. Helen was very popular in the early decades :) .. and then was hardly seen again.

Each boy's name, on the other hand, seemed to stay more stable.

I like Theo also. And Thea is an attractive girl's name as well.

But that leads me to another question. Should the new parents try out possible names on the grandparents, before signing the birth certificate?

correct! But why is that true for sons and not daughters? My best guess is that daughters (used to) lose their surnames at marriage anyhow. So the mother's name would be lost to history as soon as the daughter turned 20 or 22.

Because I only knew about Britain and Australia, I had to look up favourite baby names in Brazil and with the exception of one or two names, I am totally familiar with these names:

I have a grandson called Theodore Thomas . His parents fancy themselves as not following the pack !!!! :)
I have always gone for names that have some dignity , age well and are NOT deeply fashionable. I don't like girls names that end with y or ie because that is often used in a familiar and condescending way so not great for woman trying to cut it in the corporate or other worlds . I chose Simon , James and Peter

Regarding first names, I'll say this:
1. I'm for girls names to end with the vowel 'a': Edna, Liliana, Olivia etc...
2. I'm for honoring ,as far as possible, the tradition of naming a new born after a departed family member.

I am totally with you regarding Simon, James and Peter. They have been sound, respectable and the most popular names of the last century, and the boys will be perfectly comfortable with those names when they became adults.

But dignity is another question. The other boys in school will use nicknames that stick around for years, and may be cute or not. My beloved, a redhead, was always called Bluey. But some boys at school were called Titch, Dag or Four Eyes :(

I also value the tradition of naming a newborn after a departed family member. Even if the name is translated in daily use (my son was often called Peter instead of Pinchas), the child will know that he/she has carried the honour of the beloved late aunt or grandfather.

oops 10. should be Júlia

Your choice Naomi is nice. My partner has English young great nephews called George and Archie. It is all very interesting. We have two great nieces, Harley and Willow, in your list but quite a surprise to us when they were named. The others are Mia, Emily and Lucas, Joanna, and Julia.
My first name was my father's second name, but it is not Andrew.
Our travel agent named her new born Hudson. I thought it odd to name a child after a river but I see it is quite popular.

I am really glad you know people who called their babies Harley, Willow, Hudson etc. Its not that I didn't believe the British and Australian Offices of Births and Deaths, but I had never met any babies with those names. Mia, Emily and Sophia yes. Isla, Remi, Harlow and Hallie not yet.

We deliberately gave our two daughters classic names that we hoped were not fashionable - Ruth & Laura. I think many of those parents who named their daughters Kylie 20 years ago must be regretting it!
CLICK HERE for Bazza’s abrasively adhoc unthinkable Blog ‘To Discover Ice’

classic names, fashionable or not, are always a pleasure for the child. Battista, Tempest and Godiva may be much loved now but draw ridicule in 25 years. Your daughters' names will always be classical.

One hesitation however. Bad people in real life or bad characters in successful shows will suddenly bring disrepute to previously perfectly names.

many thanks for thinking my grandchildren were gorgeous. I do too, but it is lovely when others agree :) I selected an old photo because the only things I had to worry about back then were their food and cleanliness. Now I have to worry about safe driving, alcohol, drugs, passing exams, career choices and sex.

As a result of this blog post, I asked the oldest three if they liked the names their parents gave them. They did, but said they shortened their names in emails etc eg Gabby instead of Gabriella.