I have written and lectured many times about the Dreyfus Affair that hit France from 1894 to 1906. But it has largely been from the perspective of the artists, writers and cultural salons, or the politicians and military men who took a stance on Captain Alfred Dreyfus (1859–1935), for or against.

Now it is time to examine the personal elements of the affair: the private, behind-the scenes story of Captain Alfred Dreyfus and those close to him. By presenting the passionate judicial fight for Drey­fus' acquit­tal, a new exhibition called Dreyfus - The Story of a French Jewish Family asks questions on the fundamental issues raised by the Dreyfus Affair, particularly anti-Semitism, racism and human rights.

Beit Hatfutsot Museum in Tel Aviv tells how Captain Dreyfus was a French citizen and a dedicated officer in the French army. In 1894, his life changed when he was convicted of high of treason and sentenced to life imprisonment on Devil's Island, off the steamy, disease-ridden coast of South-America. During Dreyfus' long years on the island, his wife Lucie, brother Mathieu and his devoted supporters fought for his innocence and, after five years, obtained a retrial. Dreyfus was once again found guilty but, due to his weakened state, he received the presidential pardon and could stay in France. It took seven more years for Captain Dreyfus’ name to be cleared.


The items on display tell the touching family story. Amongst these are the couple’s wedding certificate, the wife’s ivory-covered prayer book, Alfred’s embroidered carpet depicting Jewish festivals and beautiful family photographs. The items are on loan from the Musee d'Art et d'Histoire du Judaisme in Paris, and Yael Perl-Ruiz, Alfred Dreyfus' great grand-daughter. The exhibition at Beit Hatfutsot was designed and curated as the result of her initiative. 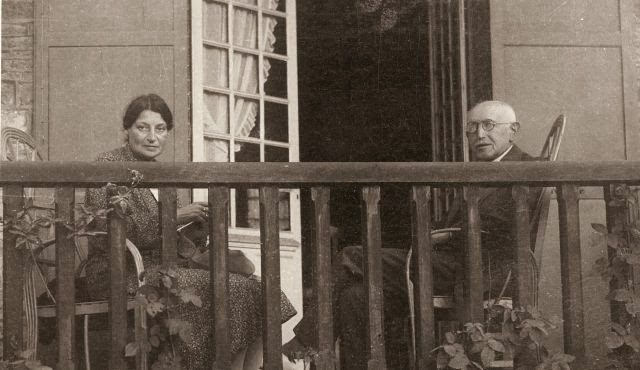 Dreyfus ended World War One as a Lieutenant-colonel.
He and his beloved wife photographed at home in 1934, the year before Dreyfus’ death.


And there is a second source for the artefacts, the National Library in Jerusalem. A French scholar recently “discovered” a trunk of original documents that once been in the private Dreyfus family collection but then lay around the library archives in Jerusalem for many decades. Almost accidentally this exhibition features original letters on loan from the National Library of Israel and the Musee d'Art et d'Histoire du Judaisme. This correspondence includes love letters between Alfred and his beloved wife Lucie.

In addition to following the story of the Dreyfus family during the Affair, the exhibition also explores their lives during the two World Wars. In two historical periods, the family story is intertwined with the fate of the Jews in France: it highlights their integration into French society and culture both in the inter-war period and in the second half of the last century. Here it stresses the major contribution of Jewish artists and philosophers.

I must mention the fine contribution made by Martine Le Blond, great grand daughter of the brilliant and brave writer Emile Zola. Zola attacked injustice on Dreyfus’ behalf and was probably murdered for his involvement. The story of the Dreyfus family is still, to this day, closely interwoven with the story of the Zola family. 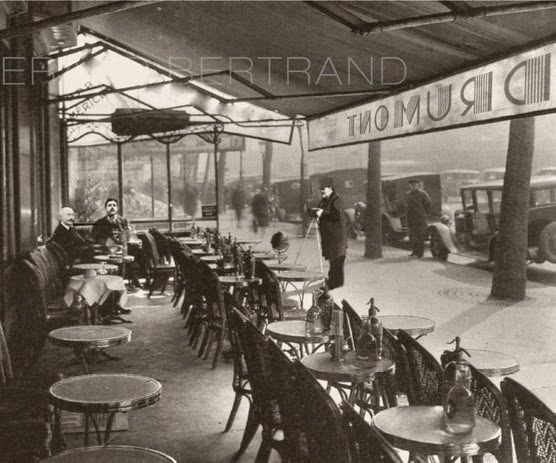 As was the family of Dreyfus’ chief accuser, an officer called Armand Mercier du Paty, also intertwined. Forty years later Du Paty’s son was appointed commissioner of Jewish Affairs for the Vichy government, the same government that in 1944 deported Afred Dreyfus’ young grand daughter to Auschwitz where she soon died. The Vichy government was of course bitterly anti-Semitic, but this govern­ment also had a strange connection to the Dreyfus affair of the 1890s. In 1944 Vichy was staffed by many prominent anti-Dreyfusards! There were the sons and grandsons of men who had opposed the restor­at­ion of Alfred Dreyfus to his rightful army rank and who believed that he had always been guilty of treason. I find this extraordinary.

The Tel Aviv exhibition runs from March to September 2014 inclusive.

The Dreyfus Affair will also be the focus of an American exhibition centred in 1890s Paris called "Traitor, Spies, Lies and Justice Denied: The Dreyfus Affair". Opening in October 2014 at the Maltz Museum of Jewish Heritage in Beachwood Ohio, the Traitor exhibition will use dramatic graphics and unique artefacts to represent a trial by headlines. The exhibition will also highlight the pro-Dreyfus artists such as Monet and Pissarro, transporting visitors back to Paris of the late 1890s.

The definitive account of the Dreyfus Affair, by lawyer and member of the Académie Française Jean-Denis Bredin, has been reissued as an eBook by Plunkett Lake Press and George Braziller: The Affair: The Case of Alfred Dreyfus

How extraordinary that Zola's family also lived on and continued to be involved.

thank you for the reference. There is now a new generation of history students who will love the Bredin eBook.

I particularly like the historical context in which the book is presented: "...came to display the conflicts that were tearing France apart: military defeat, anti-Semitic furor, and the place of traditional values in a country still reeling from the turbulence of the French Revolution". Without a historical context, the events would be meaningless.

Zola's wife Alexandrine Meley didn't have any children and I didn't realise he had two children with his long term partner Jeanne Rozerot (Denise b1889 and Jacques b1891). What brave human beings Denise and Jacques must have been, losing their dad so tragically in 1902.

And so the battle for justice has been handed down the generations.

thanks for the two references.

Amazon says that Robert Harris' thrilling historical novel is the story of the infamous Dreyfus affair, told as a chillingly dark, hard-edged novel of conspiracy and espionage. Have you read it yet?

The New Yorker's article on Trial of the Century: Revisiting the Dreyfus Affair by Adam Gopnik should be readible tonight. Thank you!