I have noted before that the concept of ideal communities, be they religious, socialist, feminist, temperance, environmental or even industrial, is very appealing. The Fruitlands project, for example, occurred at a time (the 1840s) when Utopian communities were popping up with some frequency in New England. Others were advocating abolitionism and temperance but whatever their particular cause, there seemed to be a period of agitation and searching in Europe and in the USA. It was noted that the broad impulse behind the American experiments was a reaction to the industrial revolution and the rise of the cities, with their consequent social injustice, poverty and environmental deterioration.

New Australia Cooperative Settlement Association sprung up in somewhat similar circumstances. Following the suppression of the maritime and shearers' strikes of 1890-91, times were terrible for workers in Australia. By 1892 journalist William Lane (1861–1917) was a leading figure in the Australian labour movement and had founded Australia's first labour newspaper, the Queensland Worker in 1890. Lane loathed oppressive industrial laws, dangerous work practices and Chinese migration. He loved the Women’s Suffrage Movement and progressive taxation systems.

With this growing awareness, William Lane became a strong advocate for a radically alternative society to imperialist capitalism. But while he was being a hero to working families across the nation, there was a fear that the fledgling labour movement in Australia might be split. 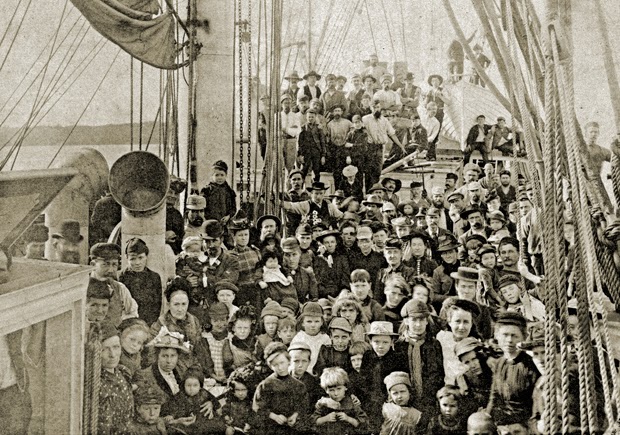 My biggest question is not why Lane and the workers wanted to leave for a more equalitarian community, but why did the New Australia Movement chose the remote South Amer­ican nation of Paraguay for the utopian comm­unity? After all, most Australians had never seen a jungle in their lives. Apparently Lane had sent scouts to South America looking for land; the New Australia Association originally thought farming would be best in Argentina, but the government there was unhelpful. Paraguay, on the other hand, was desperately trying to rebuild itself after a terrible war in the 1860s had wiped out most of the nation’s young men. The national government in Paraguay offered white migrants attractive land grants, to boost the population of young, able-bodied men and to boost the local economy.

Men were required to pay a minimum of £60 each to join the colony, a very large investment back then. Nonetheless William Lane managed to recruite 238 shearers, farmers, stockmen and unionists, plus their children.

They chartered the Royal Tar that sailed from Sydney in July 1893 for Paraguay, to establish the socialist colony of New Australia. The first colonists sailed across the Pacific, round Cape Horn, and up the Argentine coast to Montevideo. From there they took a steamer up the Río Paraná and into the Río Paraguay, arr­iving in Asunción in September 1893. After travelling by train to Villarica, it was bullocks and wagons, river crossings and mosquitoes until, after total journey of six weeks, they finally arrived at the Promised Land. But it was nothing like it was nothing like the arable land and river frontage they thought they would find.

Even so they successfully cleared the surrounding jungle and constructed thatched cottages, with a butcher, a smithy and a school, all separated by rows of decorative orange trees. They maintained a commitment to  "no personal property" and to everyone working for the benefit of the community, sharing profits in the hope of setting an example to new arrivals. Several thousand cattle were purchased.

Six months later the Royal Tar again sailed from Aust­ral­ia with another shipload of emigrants for Paraguay, this time leaving from Adelaide. It was to be a utopia of equality, fairness for workers and communal living; from there, they would change the world.

From the beginning, there was dissension in Utopia. While many of the settlers seemed to be both skilled and well motivated, some of the New Australia settlers were not well suited to life on the land or could not tolerate the difficult living conditions and weather. Many others did not like William Lane’s domineering leadership, especially his total insistence on teetotalism. And no-one spoke Spanish.

Factions formed in the first colony, New Australia, and in 1894 Lane was forced to resign. He and 63 of his most loyal team established a separate community at Cosme, 72 kilometres away. One of Australia’s most famous writers, Mary Gilmore, was a colonist who edited Cosme Monthly. She taught Cosme’s children and married a fellow settler. Cosme was significant it that it gave women the right to vote on colony matters!

But by 1898 the Cosme settlement had also failed - the sense of lost ideological and financial investment must have been heartbreaking. Within 2 years, most of the families were starting to establish communities elsewhere in Paraguay, sailing for Britain or returning home to Australia. Even William Lane left, firstly for the UK and later sailed to New Zeal­and where he worked for the rest of his life as a journalist. The Gilmores returned directly to Australia in 1900.

Eventually New Australia was dissolved as a cooperative by the government of Paraguay, and any settlers who stayed were given their own piece of private land.

Today 2,000 great-grandchildren of the original New Australia colonists still live in Paraguay. The only difference is that the New Australia district has since been renamed Nueva Londres/New London.

The New Australia and Cosme Collection in the Powerhouse Museum of NSW provides evidence of the socio–politics of Australian colonial society in the late C19th, history of the Australian labour movement, migration of culture between nations and the history of the New Australia utopian settlement in Paraguay. See the Migration Heritage Centre where one of the migrants to Paraguay, Frank Birks, accumulated copies of the community's news­letter Cosme Monthly, a great source of contemporary information about the settlement. 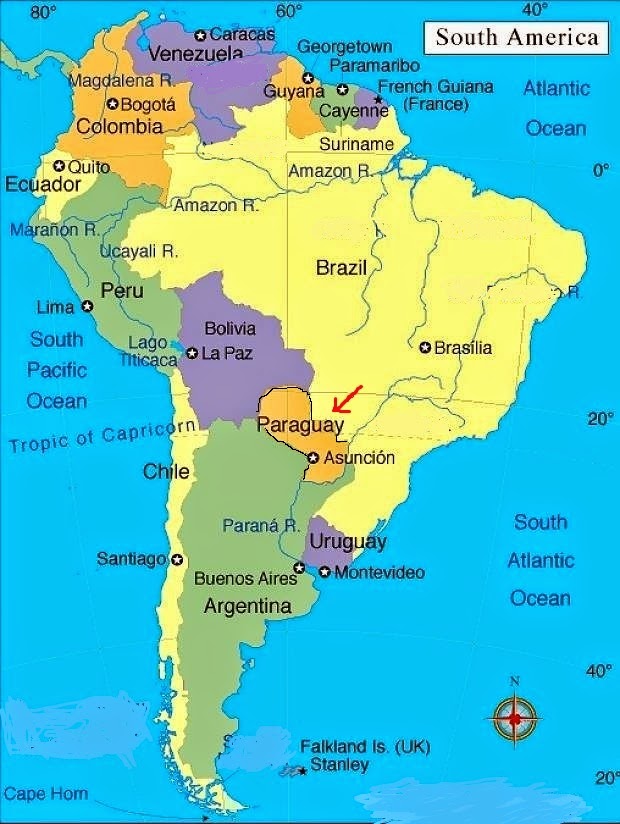 I also read Ben Stubbs' story before we left on an organised tour of the old settlements in Paraguay. We too met people with surnames like Cadogan, Woods and MacLeod but what we noticed most was the great grandchildren of the Australian settlers were taller and blonder than their neighbours.

The ‘New Australia’ colony has tended to be examined in terms of its implications for Australia alone. In reality, the colony recruited willing participants from throughout the British Empire, and especially from Britain and New Zealand.

What a cool tour to go on. I had trouble finding travel agents that even know about the New Australian settlements in Paraguay. However I have read a few reports of Australians who made the trip...and loved the experience.

Many thanks for the reference. I had originally underestimated the complexity of William Lane's thinking and the range of intellectual influences he had drawn on.

Welcome back. Hope you are fit and well.

The story of all utopian communities is fascinating. Even when they failed, as they usually did, the analysis of values, goals and processes remains of interest a century or more later.

Hello Hels, It stands to reason that Utopian communities were founded in South America; wasn't More's Utopia located there? The U.S. also has a great many reminders of these colonies. Even the city I currently live in, Shaker Heights, Ohio, was named after the Shakers, a religious group that died out over 100 years ago.
--Jim

spot on! Utopia (published in 1516) was placed in the New World and since Vespucci's voyages of discovery to South America (1500-1508) were at the appropriate time for Sir Thomas More, a fictional South American island sounds about right.

Apparently William Lane chose a remote South American jungle in order to discourage the weak. But did Lane know about More’s book? You might prefer the suggestion that Lane was influenced by the utopian novel Looking Backward (1888) by Edward Bellamy. I wonder how many utopian communities were more influenced by Bellamy than by More.