Kandinsky and Schoenberg - what a disaster !

Arnold Schoenberg (1874-1951) was born in Vienna. I don’t suppose his Jewish parents were very pleased when their son converted to Lutheranism as an adolescent in 1898, but perhaps he felt his career would get established more quickly if he was no longer Jewish.

Andrew Patner and Benjamin Ivry have been my wonderful guides in this post. Patner said a legendary encounter between the composer Schoenberg and the Russian-born painter Wassily Kandinsky (1866-1944) began when Kandinsky and other members of a Blue Rider-like artists’ circle attended a concert of Schoenberg’s music in January 1911, in Munich. Kandinsky was sympathetic - he was looking to free visual art from formal strictures similar to those that Schoenberg was rebelling against in music. In fact Kandinsky was so moved by the concert that he created one of his best known paintings, Impression III Concert.

Soon Kandinsky poured out his soul in a letter to Schoenberg. He started an exchange of passions and fraternal affection that characterised the intense friendship between these two men. Kandinsky saw Schoenberg as providing a parallel key in music to his own efforts in art. Schoenberg, a part-time artist, joined the Blue Rider Group. It was a golden opportunity to show his paintings at the first Blue Rider exhibition, which of course included some Schoenberg paintings. Their correspondence and exchange of books, photographs, cards and sketches continued, sometimes daily, until the outbreak of World War I in 1914. Schoenberg returned to Vienna and joined the Austrian army. Kandinsky returned to Russia.

By then something had gone terribly wrong. The Bauhaus, led by German architect Walter Gropius, attracted progressive artists, architects and designers. Yet an anecdotal new historical study from Knopf, “The Bauhaus Group: Six Masters of Modernism” by Nicholas Fox Weber, showed that many of the avant-garde artists were sadly traditional in their anti-Semitism. 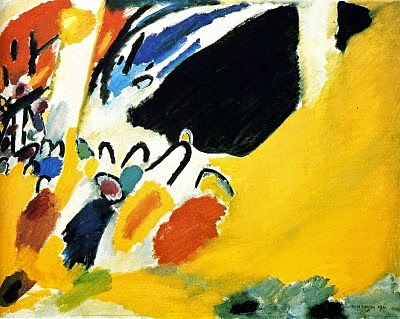 Kandinsky returned to Germany and joining Walter Gropius at the Bauhaus in Weimar in 1922. Although I don't believe this for a moment, Gropius supposedly wrote to his mother: “The Jews, this poison which I begin to hate more and more, are destroying us. They are the devil, the negative element.” His colleague Wassily Kandinsky, blatantly wrote in 1923 to Jewish composer Arnold Schoenberg, “I reject you as a Jew,” when Schoenberg asked for explanation of reports that Kandinsky “sees only evil in the action of Jews and in their evil actions only the Jewishness.”

Schoenberg had heard about Bauhaus' supposed anti-Semitism through Gustav Mahler’s widow Alma, a woman who herself had problematic views about Jews. When Kandinsky attempted to revive his friendship with Schoenberg, inviting Schoenberg to take over the music academy in Weimar in April 1923, Schoenberg answered with two blistering letters outlining his deep anger. Repelled by the Bauhaus’ anti-Semitism, Schoenberg refused any official role in that organisation. There may well have been anti-Semitism throughout all of Germany, but Kandinsky (and ? Gropius) were reflecting a personal, vindictive world view.

Following the rise of Nazism, Schoenberg returned to Judaism in a Paris synagogue in 1933, standing alongside Marc Chagall. He wisely got out of Europe as soon as he could, emigrating to the USA in 1934. In July 1936 Kandinsky did try to re-establish contact with his old mate Schoenberg. Writing from Paris to Schoenberg in California, Kandinsky recalled the vanished epoch of the 1910s as a beautiful time. Shoenberg died in California in 1951, aged 76. 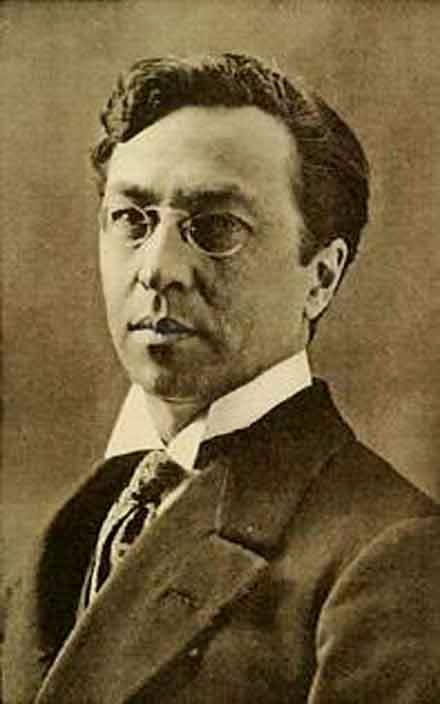 There were three extraordinary ironies in this whole, sad scenario. Firstly Schoenberg was a Lutheran in good standing with the church after 1898. Attacking him for being Jewish meant that his conversion to Christianity had not protected him at all. Secondly Kandinsky really DID call Schoenberg "primitive", "Oriental" and "an outsider". But both of them were outsiders and Kandinsky totally understood that! Thirdly in utter disgust, Schoenberg left for Paris in 1933 and converted back to Judaism. Kandinsky achieved the very opposite of his goal.

One sentence stands out for me. Celebrations of the Bauhaus design movement would be incomplete without Nicholas Weber’s reminder that the most advanced thinkers can also harbour primeval stupidity. Kandinsky? Probably. But Gropius? I don’t believe it for a moment.

I wonder if the exhibition catalogue for “Schoenberg, Kandinsky and the Blue Rider,” is still available. The fine exhibition at the Jewish Museum in New York in 2004 displayed many important works — 60 paintings, by Kandinsky, Schoenberg and others, as well as rare documents, letters, photographs and musical manuscripts.

What a fascinating post Hels. I was not aware of the anti-Semitism of the Bauhaus movement and was quite moved by how Kandinsky felt compelled to destroy a friendship over such small minded views. We've seen it in popular representations of all conflicts that have left people on two sides of a fence - there are those willing to fight for their friends and protect them, and there are the cowards who give in to the dogma.

Thanks for asking for a clarification. I don't think Bauhaus was even _vaguely_ anti-Semitic since Gropius vigorously recruited students and staff from Russia, Ukraine and Lithuania.

I included the quote from The Bauhaus Group: Six Masters of Modernism” by Nicholas Fox Weber reluctantly!! But I concluded the post by saying (re anti-Semitism) "But Gropius? I don’t believe it for a moment".

This reminds of Felix Mendelssohn Bartholdy and Richard Wagner. Mendelssohn, a Christian in good standing with the church, was villified by Wagner in life and after death because his grandfather's Jewishness. It ruined Mendelssohn's career.

As horrible as Wagner's treatment of Mendelssohn was, at least they were fights between masters in the same profession (music). What was Kandinsky, a very talented painter, doing attacking Schoenberg's music?

Hi Hels. It's so disheartening when you discover that someone so apparently unfettered intellectually harboured such attitudes.

I was horrified to discover recently that Dickens advocated genocide against Indians (South Asians, not Amerindians that is). Winston Churchill held similar beliefs.

Hello Hels, This is a remarkable post. Research can turn up disconcerting facts about those whom we would like to admire, but on the other hand, if what we find out goes against the grain, we need to trust our instincts and investigate further.

I recently read some inflammatory comments attributed to the American patriot Patrick Henry, but they luckily turned out to be fabrications.
--Jim

I keep finding behaviour that is so outrageous, it makes me wonder about the genius' moral compass. Dickens is also my prime example.

In 1891, Gauguin felt hemmed in by European civilisation and conventionality. So he escaped to Tahiti. Unfortunately he dumped his wife and 5 children onto his inlaws in Denmark, didn't support them financially and didn't see the children EVER again.

that is a wise warning. When reading historical texts, the smart reader naturally checks the information AND also has a look at who was doing the writing. I would always have serious concerns about Alma Mahler's evidence, for example.

Oh, I see! Thank you for clarifying that!

I know this is a very old thread, but wanted to add an interesting footnote. I came across while searching for information about Kandinsky. There were many Jewish architects involved in Bauhaus & they fled Germany to the future state of Israel with the rise of the Nazis They were very involved in the design of buildings in Tel Aviv, which is why Tel Aviv has more buildings in the Bauhaus style than any other city in the world!

never too late.... Bauhaus remains one of my favourite subjects, long after we took it up as a regular subject to lecture on. And the connection to Tel Aviv is a topic I often come back to in this blog:

Yes, the exhibit catalog is still available, both new and used. Thank you for your post. MZ