I reread my article on The Divine Sarah Bernhardt in Australia, 1891: sex, theatre and sun, and decided it talked too much about sex romps with young scientists and not enough about the scientific problem at hand. The hard research work for this topic was done by Stephen Dando-Collins whose book is called Pasteur’s Gambit: Louis Pasteur, the Australasian Rabbit Plague and a Ten Million Dollar Prize, published by Vintage Books in 2008. 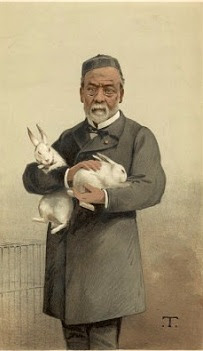 The problem was simple. In 1859 British-born pastoralists had wanted to make Australia more like their homeland, so they released rabbits and partridges into the bush. Anyone who knows the reproductive habits of rabbits will realise that within 20 years, the entire Australian continent was overrun by a rabbit plague. The economies of the eastern colonies were totally threatened. The NSW premier, Sir Henry Parkes, was desperate. So in 1887 he launched an international competition with a huge financial award ($10 million, in today’s money) for any successful scientist.

Professor Louis Pasteur was certain he had the remedy against rabbit plagues and wanted to travel to Australia himself, but he was ill when he read of the competition in a Paris newspaper. So he sent his brilliant nephew Dr Adrien Loir (1862-1941), a handsome young scientist, to represent the family business – the Pasteur Institute. 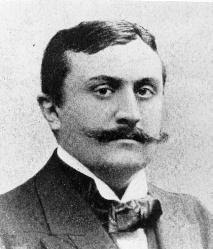 Dr Loir believed he could knock the rabbit problem off in a very short time, so he only had enough money for six week’s travel and accommodation in Australia. Alas for him, the competition stipulated that the scientists had to test out their cures for a complete year. Fortunately, while Loir was cooling his heels in Melbourne, a job fell into his lap. The major beer makers in Melbourne asked Dr Loir to teach the Pasteur method to the brewers, and paid him very well for his efforts. 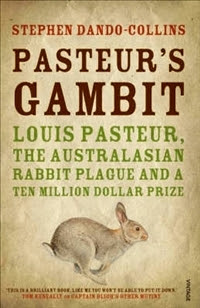 Eventually Dr Loir was invited to Sydney, to propose Uncle Louis’ solution to Australia’s rabbit problem. The wire manufacturers tried to sabotage the Pasteur entry into the competition, since they hoped to make a fortune building rabbit proof fences around the nation. Plus there were a couple of doctors on the judging panel who actively supported Pasteur’s old critic and rival, Professor Robert Koch. Only the premier, Sir Henry Parkes, wanted to help Team Pasteur, spending a small fortune to erect a laboratory for them on Rodd Island, in Sydney Harbour.

The Rodd Island laboratory had another, almost incidental success. Dr Loir offered an impressive anthrax vaccine trial to the NSW Colonial government. When this was successful at greatly reducing anthrax, Dr Loir produced the vaccine in commercial amounts in the Rodd Island facility.

The Rabbit Commission didn’t give a prize to anyone in the end, but Dr Loir really wanted to stay in Australia and continue his work here. You will have to read the Dando-Collins book to see why the Rodd Island facilities, so hugely successful, eventually failed. In brief, we can say that the eventual Madame Loir hated living on the island and went back to France. Dr Adrien Loir bitterly resented his wife’s sabotage of his important work, and although he dutifully followed her back to France, in time he ran off with the maid and lived an exotic life in Africa and South America.

Beautiful Rodd Island was used from 1888-90 as a laboratory by scientists working for the Pasteur Institute on the rabbit infestation problem. From 1890-94 its facilities were used to manufacture sheep and cattle vaccines for anthrax and pleuro-pneumonia. After 1894, the laboratories were demolished and the research station residence was converted into a dance hall, which still exists. Over the past 120 years it has been a quarantine station, a USA Army training depot and a pleasure-ground for the ordinary working families of Balmain and Rozelle. The island is now part of the Sydney Harbour National Park and visitors can enjoy an interesting exhibition of photos and memorabilia within the grounds. Dr Loir's house was restored and opened to the public in 1996.

Dr Adrien Loir's two volumes of scrap-books, left by his daughter Dr Marie-Louise Hemphill, are in the Basser Library in the Australian Academy of Science, Canberra. They concerned his two visits to Australia: one in 1888-9 and the second in 1890-3. There are two other volumes of the same kind (not in the Basser Library) which apparently covered Dr Loir's later visits to South Africa and South America and his period as Director of the Pasteur Institute in Tunisia. In all these travels he was acting as the representative of Louis Pasteur, in relation to the development of protective inoculation against anthrax, rabies and other diseases.

I thought Rodd Island was very pretty, but it was better known as the place Sarah Bernhardt taught young Adrien Loir everything he needed to know about sun tanning, massage and drinkies at the water's edge. He might have been an inexperienced young man, but he wasn't stupid.

Ha! I am trying to raise the tone of this blog!

I think Sydney Harbour was gorgeous in the 1880s and 1890s, and still is now. In fact I cannot think of anything more Australian than a barbie on the beach in summer.

It all seems so crude, nieve and dangerous. I'm surprised diseases like mixie didn't appear by themselves.

Hermes,
the rabbit crisis was destroying the economies of the eastern states, yet the competition to find a cure was battled out between vested financial interests and different political positions.
Only the NSW premier, Sir Henry Parkes, came out of the mess like a statesman.

I never knew that about rabbits in Australia! I Googled The Rabbit Plague to try figure out why they didn't pay out the prize and I see they are still struggling with rabbits today. Although, I use the term "struggling" with some reluctance as it wasn't the poor bunnies' fault that they were shipped off to Australia!

Emm, there is a famous Australian film called Rabbit Proof Fence which is well worth seeing. But the reason I mention it is because the expression went into the language in Australia.

The fence was built in the Edwardian era to keep rabbits from the eastern states out of Western Australian pastoral areas. It was very important to WA for many decades.

This is interesting. Thanks for taking the time to put it out there.

makeithappen
thanks for popping in.
We all know the Big Themes of our nations' histories, the wars, struggles for independence, the gold rushes etc. But sometimes the smaller stories slip past unnoticed. Thank goodness for blogs!

Nice read, thanks for shared.

Chudex,
it is a good story, agreed. And it is a story that could happen again, in our own time.