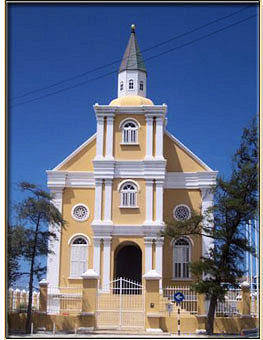 The Caribbean includes islands belonging to different European powers over the centuries: Cuba, Bermuda, Antigua, Aruba, Guyana, Trinidad and Tobago, Jamaica, Curacao, Haiti, Martinique etc etc. The Jewish community that I was most familiar with was in the Dutch Antilles. The Pissarros were descendants of a Sephardi family from Braganza, a medieval fortified Portuguese city near the Spanish border. Camille Pissarro’s father, Frederic, had come from France to St Thomas in the Dutch Antilles in 1824.

As with any modern Jewish history, Caribbean communities seemed to have started with the Expulsion from Spain in 1492. Many Jews fled over the border to Portugal, where people assumed they'd be safe, but already within 5 years the Portuguese government expelled their long-standing Jewish citizens and more recently arrived Jews as well.

Many of the Jews found safety in North African nations, in Constantinople and in the Netherlands, but some sailed to Brasil to start over in the booming Portuguese colony. According to Ralph G Bennett, they set up trade routes between Portugal and its colony, and started farming on plantations. With the Inquisition still at full strength, they were forbidden to practice Judaism. The crypto-Jews used secret societies to teach their children about Judaism, thereby sustaining the Jewish faith in Brasil.

During the time the Jews were working on Brasilian plantations, they provided their most lasting benefit to the Caribbean economy. Sugar cane was imported from Madeira in Portugal, and it became the basic foundation of the entire Caribbean economy until the C18th. 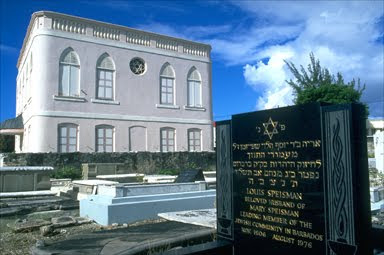 The Netherlands didn’t win its independence from Spain until 1581. After years under the control of the Catholic Hapsburgs, the new Dutch government established religious tolerance for all of its citizens, including Protestants and Jews. In 1588, the Spaniards tried to overpower England; the defeat of the Spanish Armada by the British Royal Navy marked the beginning of Spain's downfall as the strongest economy (and army) in Europe. A weakened Spain meant that her colonies were vulnerable to other European powers looking to establish themselves in the New World. Timing was excellent for the Netherlands who hoped to tie up world trade via its Dutch West Indies Company.

When the Dutch wanted to send settlers to colonise their new territory in Brasil, a group of 600 of the Amsterdam Jews sailed off to the new country. By 1642, the Holy Congregation as they called themselves, had some 3,500 members. They prospered in their traditional occupations as traders, merchants and farmers. With the Dutch in power, Jews were no longer required to worship in secret communities, but instead were allowed to freely celebrate their religion. In time, the large numbers of Jews arriving from Brasil marked the beginning of definite Jewish communities in the Caribbean. 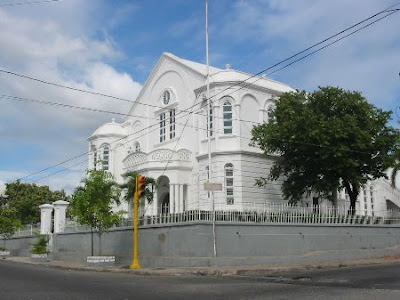 Great Britain claimed the territory of Surinam in 1665. The British government decided to attract Jewish settlers to Surinam by offering them full British citizenship, recognition of their Sabbath, and ten acres of land to build a synagogue. Life was looking rather pleasant. The Jewish community became successful in Surinam, as in Brasil, as traders and in agriculture. The colony passed to the Dutch, in 1667, and the name was changed to Dutch Guiana.

The very generous rights given to the Jews of the Caribbean area in the C17th allowed the religious leaders to assume special responsibilities, according to Mordechaï Arbell. The English in Surinam and the Dutch in Cayenne and Curacao permitted the Jews to administer their own lives, to have their own courts of law for litigation among themselves, to maintain their own schools, to build synagogues and to observe the Sabbath. Such rights were available to Jews at that time in very few places in the world. 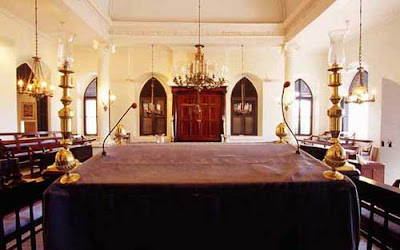 A synagogue for Sefardim, the Jews of Spanish or Portuguese descent, was established in Barbados in 1654. It was built in Bridgetown, the capital.

In 1656 in Curacao there were enough Jews to establish a congregation in Willemstad, the Sefardi Congregation named Mikveh Israel, which still operates. They built a synagogue in 1692. Samuel Gruber described the three great wooden barrel vaults that constitute the Curacao ceiling as being shaped like the inverted hulls of ships, ships that carried Jews to this safe haven.

Surinam's first synagogue was built out of wood in the 1660s at a site upriver from the capitol at Paramaribo. It was surrounded by a town which acted as headquarters for the Jewish plantation owners. A more permanent brick building was erected in 1685, and a rabbi arrived from London. In 1734, German-speaking Ashkenazi Jews began arriving and in time, they too wanted a synagogue of their own.

The first Jews settled in Martinique at the start of the C17th, establishing themselves in Dutch commercial outposts. In 1667 a synagogue was founded there.

With the foundation of the Mikveh Israel community in Curacao, newly arrived Amsterdam Jews joined. Then came Jews who arrived after the destruction of the Jewish communities of Cayenne & Pomeroon, and the unsuccessful attempt to have a Jewish settlement on the island of Tobago. A rabbi arrived in Curacao in 1674. In 1683 the same rabbi went to serve in Port Royal, Jamaica. Sadly a disastrous earthquake and tidal wave in 1692 destroyed the city of Port Royal, including its synagogue.

Cuba had the greatest difficulty. Spain's Inquisition covered Cuban society, and it was not officially abolished until 1823. Although Jews have been on Cuba for centuries, they were only lawfully allowed to settle in 1881. Only in 1898 were they finally allowed to publicly worship and built a synagogue for the congregation. 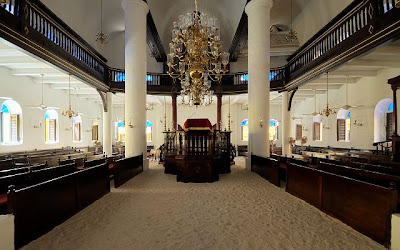 The Caribbean communities are tiny now. The St Thomas Synagogue, which was originally established in 1796 and was later rebuilt several times, now stands as a historic national landmark. In 1996, a small museum was added to the synagogue. The museum chronicles the history of the congregation, and displays artefacts of Jewish history on the island. And recently the Jamaican Jewish Heritage Centre opened next door to the 100-year-old Shaare Shalom synagogue in Kingston. The centre houses a permanent exhibition of Jamaican Jewish history, cases of Jamaican Judaica, archives, theatre and offices for the synagogue and community, most of whose members are in business.

Not a subject I had ever considered before - fascinating.

Superb architecture. That's the sort of architecture that could only work in a hot, sunny climate with blue skies. It'd look completely out of place in Blighty.

Amazing architecture, for sure.
Sydney - City and Suburbs

Great post. But where did the Jews of all these islands go and did they establish their old communities again in their new homes?

The Jewish Virtual Library said: Spiritually, Caribbean Jews depended on guidance from Istanbul, Salonika, Amsterdam, Hamburg, Bordeaux etc. These communities served as their link to Judaism. With the advent of Nazism, and the destruction and disappearance of most of those Sephardi communities, the Caribbean Jews lost hope. The Holocaust broke them in spirit. The birth of the State of Israel offered a home. As did the USA.

Only Curaçao, Surinam, Jamaica and Panama have active Spanish-Portuguese communities whose roots can be traced back to the original settlers. Everywhere else there are just empty buildings and full graveyards.

I know there's actually a large Jewish community in Colombia as well. I remember studying about the Inquisition and anti-semetic sentiment in Colombia, though I'm afraid it's been a while and I've forgotten a lot about the topic. Great post!

What a fantastic and fascinating post - I had no idea there were so many Jewish communities in the Caribbean, and your article is wonderful.

Fascinating. Love historical back stories like this. Thanks for posting.

Hello There. I found your weblog using msn. This is an extremely well written article.
I'll be sure to bookmark it and come back to learn more of your helpful information. Thanks for the post. I will certainly comeback.
My website > last minutes curacao

Great lecture on Camille Pissarro. Would you like to read Marriage of Opposites (by Alice Hoffman) and review it in the blog? It is very relevant.

thank you... I saw that novel a week ago. Assuming the book is accurate and helpful, it will add a great deal of information about Camille Pissarro's parents and his early life in St Thomas.