The blog arch-tour has picked up, in two different posts, one of my favourite topics: the arrival of modernity in architecture at the end of the C19th and into the early C20th. Roby even mentioned some of my most significant architects by name: Adolf Loos, Peter Behrens, Erich Mendelsohn, Hans Poelzig, Otto Wagner, Josef Hoffmann, and Josef Olbrich. He wrote

The period 1880–1920
It was this period that saw the end of ancient and historical archit­ectural styles, such as antique styles and the later Romanesque, Got­h­­ic, Renaissance, Baroque, thus paving the way for C20th modernism. Independence was achieved by former colonies. The benefits of scientific revolution and industrial development were reaped mostly by the leading powers of the day: Great Britain, USA, France, Germany and Japan. Their conflict resulted in WW1 1914–18. At the end of this war it seemed that society was being impelled by democracy and the ideas of liberal capitalism & rationalism, and it was hoped that scientific and economic progress would provide the means for solving the world’s problems.

In architecture and the applied arts, there were attempts to revive historical styles, such as the neo-Gothic and neo-Renaissance. Later, the mixture of these historical styles and their reinterpretation gave rise to the Art Nouveau or Jugendstil movements, collectively known as the Secession, which literally meant the abandonment of the classical stylistic conventions and restraints. A similar style was propagated in Britain by the designer William Morris (1834–96), and in America by his followers, in the Arts and Crafts movement, whose aim was to recapture the spirit of earlier craftsmanship, perhaps as a reaction to the banality of mass production engendered by the Industrial Revolution. 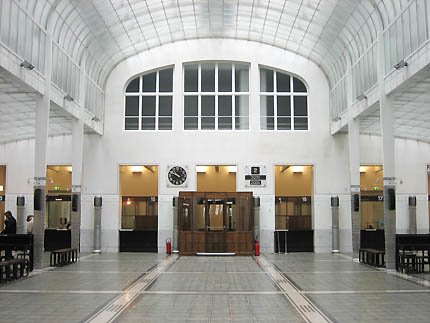 Consequently, a schism occurred amongst artists, designers and the involved public, between those who advoc­ated adherence to the old academic style and tradition and secess­ionists, who favoured the use of new techniques and materials and a more inventive free style. Also during this period some architects began to experiment with the use of natural, organic forms, such as Spaniard Antoni Gaudí (d1926) in Barcelona. Amongst European proto-modernists, Austrian Adolf Loos (d1933), Dutchman Hendrik Petrus Berlage (d1934) and German Peter Behrens (d1940) merit mention. Using exaggerated plasticity and ex­t­ravagant shapes, the German Erich Mendelsohn (d1953) and Hans Poelzig (d1936) were important figures in the lead into modern architecture.Sebestyen, Gyula. 2003. New Architecture and Technology. 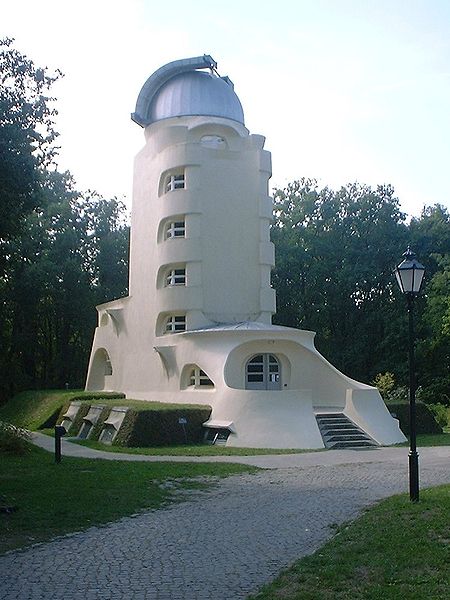 Otto Wagner (1841–1918)
Otto Wagner’s work, although originating from a traditional educ­at­ion, anticipated the emergence of modern architecture. The innovative use of new technologies and materials (wrought iron, glass, and aluminum) found their way into his architecture. His buildings were often clad with decorative panels, as distinctive of the Jugendstil, or infused with historical expression. He influenced a generation of architects through his teaching and mentoring, such as Adolf Loos, Josef Hoffmann, and Josef Olbrich.

I hope Roby at arch-tour will enter into a dialogue on the questions that come out of these two posts.

1. Attempting to revive historical styles seems to me to be a sign of tradition and historicism. Yet the Secession, which meant the abandonment of the classical stylistic conventions and restraints, saw itself in direct opposition to tradition. So what did the various Secession movements across Europe use as their Model for the Future?

2. We can easily understand their reaction to the banality of mass production engendered by the Industrial Revolution. Yet going back to older, purer methods of design and manufacture seems the antithesis of modernity.

3. New techniques and materials, and a more inventive free style, would have had to have been liberating for the new generation of young designers and architects. But I wonder if Gaudi, Le Corbusier and Wagner were all impelled by the same sense of liberation. 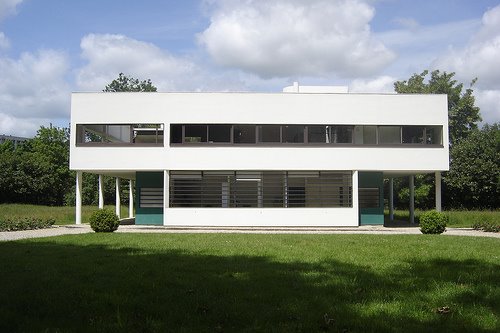 4. Modernists were always going to have to battle for their vision. I wonder if, in the debates with town councils and building owners, modernist architects felt their vision was realised or watered down. Perhaps the modernist architect, like Charles Rennie Mackintosh, had to be lucky enough to find a career’s supply of cooperative patrons.

For a detailed analysis of Villa Savoye, particularly during and after WW2, see the post by Adrian Yekkes. I had no idea that the local municipality purchased the villa to pull it down and to establish a high school. How super that Le Corbusier (1887-1965) himself organised stiff resistance to the plan and was able to recruit leading French architects and personalities.

I really wanted to get into that Adrian Yekkes post but each time came up with an error message.

well worth following up - the photos inside Villa Savoye are a treat to see.
http://adrianyekkes.blogspot.com worked beautifully this evening.