Lindy Chamberlain (b1948) is a New Zealander who married New Zealand-born Michael Chamberlain (1944–2017) in Nov 1969. For the first five years of their marriage they lived in Tas­mania, then in northern Queensland where Michael served as minister of Mount Isa's Seventh-day Adven­tist Church. Their children were Aidan (b1973), Reagan (b1976) and Azaria (bJune 1980).

When they were having a family holiday camping at Uluru/Ayers Rock in the Northern Territory in 1980, their infant daughter Azaria went missing. Lindy saw a dingo, a native Australian dog, leave the tent where her baby had been sleep­ing. Dingo tracks were seen around and inside the tent and blood from the infant was found on the tent mattress, on the tent, near the carry-basket, and next to dingo tracks. What is more, three people not related to the family heard the cry of Azaria on the night she disappeared. 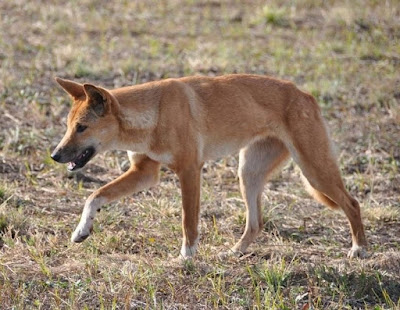 Shortly after the alarm was raised, Aboriginal and white trackers following the dingo prints saw drag marks in the sand. In two plac­es there was a shallow depression in the sand where a bundle had been set down while the animal rest­ed. The depressions held the imprint of a knitted garment, where there were small dark patches in the sand, perhaps blood.

For those who’d been with the Chamberlains that day, or held a wake with them that night, there was no question that the Ch­am­ber­lains were a loving family. Clearly that they had just exper­ien­c­ed the loss of their daughter and sister under unthinkable circumstances.

Yet the fact that the Chamberlains were Seventh-Day Adventists led to biz­arre rumours and theories. It was said, for example, that Advent­ists believed in sacrificing a child to atone for sin and that Azaria's name meant Sacrifice in the Wilderness. It does not!

Members of the media and police helped spread the rumours. They stated that no baby, since European settlement started in Austral­ia, had ever been taken by a dingo. At least not if the parents were watchful.

The first inquest in Dec 1980 found that Azaria had died in a dingo attack, and the Coroner chastised the police for presenting shoddy evidence against the Chamberlains. The coroner had to be correct­ed!! Eight months later, in the nation­wide Oper­ation Ochre, the Chamberlain’s home was searched and large quant­ities of items were taken by police. 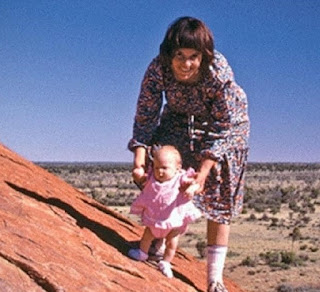 Lindy and Azaria on the Rock


So it surprised no one that Lindy was still being accused of kill­ing baby Azaria, even though the prosecution case was circumstant­ial. In fact during the 1980s, discussion about Azaria's disappear­ance rarely focused on the facts; just on Lindy's innocence or guilt.

The police visited every eyewitness back in their home states, asking for state­ments. But as soon as the eye witnesses began to describe what they had seen or heard, the police told them that they did not want to hear anything about a dingo. This was, after all, a murder invest­igation. The police expected an early con­fession from Lindy; there would be no need for a trial.

The second inquest in Dec 1981 made no finding, but bound the Chamber­lains over. The police did not get their confession! Based on evidence that later turned out to be faulty, Lindy was found guilty of first degree murder and her husband of helping con­ceal the crime. She received a life sentence with no parole; he got a three year suspended sentence. Lindy’s fourth child was born in gaol.

In Apr 1983, the Federal Court unanimously rejected their appeal and although the Chamberlains had fought to prove their innocence, they had reached the end of all legal means available to them.

I have no idea why the Northern Territory suddenly bowed to mount­ing pressure, releasing Lindy and in June 1987 establishing a Royal Comm­ission to review all the evidence. But thank goodness they did. After fourteen months, the Royal Commis­sion Justice handed down his finding and cleared the Chamber­lains of all guilt.

Still, even though the first Coroner had said he believed a dingo responsible, and the Royal Commission and Federal Court agreed, the NT government would not agree. So in 1995, confirm­ing that none of the Chamberlains were in any way respons­ible for Azaria’s death, this coroner ruled that the cause of her death could not be determined. Why?? All of the key witnesses were still alive, the testing still available, and the Royal Commission did enormous research, finally saying that it had not been proved beyond reasonable doubt that a dingo had not taken Azaria.

Ultimately, the Chamberlains’ convictions were quashed and they were exonerated, but not before Lindy had served three years in prison for Azaria’s murder. Four years later they received compens­ation. Following their exoneration, the Chamberlains' relationship ended and they divorced in 1991. Three years later, Michael Chamb­erlain remarried and in 1996 had another daughter.

The NT Coroner’s office announced a fourth inquest in Dec 2011, and in June 2012 the Coroner deliv­er­ed her finding that Azaria had indeed been taken by a dingo. Even though Lindy’s conviction had been quashed in 1988, it was not until 2012 that the public felt that Lindy had been fully exonerated.

An interesting postscript just emerged in 2019! The parents of a 14-month-old boy who was snatched by a dingo on Fraser Island have told their story. The dingo managed to get in­to the camper­van while the family was sl­eeping and carried the baby by his neck into the bush. Luckily his screams woke the parents who found the child - punctured with bite marks and with a fractured skull. 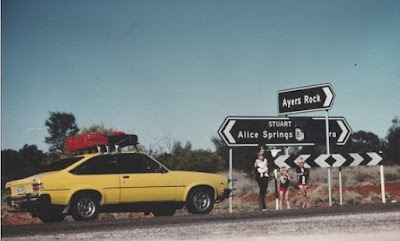 The controversy continues today. The National Museum of Australia in Canberra worked with Lindy Chamberlain to compile a collection of 350+ objects related to the case. This Museum displays the baby’s pink sundress, matching pants and white socks. And complete archive of 182 courtroom drawings from the 1982 criminal trial was acquired by the Museum in 2011. Finally the family’s 1977 Torana played a key role in the convictions with forensic evidence, so it too went to the Museum.

Hello Hels, It is amazing how often in high-profile cases there is a demand for conviction, but little effort to use common sense or locate solid evidence. While it is true that some parents murder their children, this is pretty rare and all other lines of evidence should be exhausted before making this accusation.

This case also brings up the fact that wild animals can be dangerous, and that small children must be watched and protected--of course this is also the case even in their homes.
--Jim
p.s. I just got back to the States--Sorry if I missed any of your posts while in transit.

Certainly parents do murder their own children and certainly babies are always at risk from both wild and domestic animals. But this pursuit of the "real story" took more years, and more state and federal taxes, than the cult leaders who destroyed entire communities.

One last question. If both parents were responsible for protecting their children at a camp, why was the mother charged with first degree murder and the father was charged with helping to conceal the crime.

That Seventh Day Adventists had to sacrifice children to atone for sin is absurd. Anti religious positions are taken specifically to raise irrational fears in the public.

*nod* absurd and fearful... and not for the first time in Western history. When an unbaptised child died in the middle ages, it had to be the work of a witch. The Devil was considered by the witches to be God incarnate as a man who needed sacrifices. The Blood Libel was similar; the medieval belief that Jews required Christian blood to bake their matzahs and murdered Christian children to obtain it.

Thank you for inviting me to read the story. I remember this horrible death very well. My family continued to camp, but we never slept in a tent again.

The remote, feral and tragic death of Azaria changed a lot of Australian lives, agreed. I wonder if people who had children back in 1980 still remember the fear today.

I am so sorry for this family.
Coffee is on

it was unbelievably heartbreaking. The two young sons had no contact with their mother for three years while Lindy was in gaol, even when Reagan's eye was severely damaged and even when the neonate Kahlia went into foster care at a few months of age.

Your post on Portugal is interesting but it has nothing to do with feral animals, the law and police in Australia. So I have transferred it to:
Night Train to Lisbon
https://melbourneblogger.blogspot.com/2014/01/night-train-to-lisbon.html

Hello Hels!
Thank you very much for visiting and leaving a comment.
I read Chamberlain's family tragedy.
In My country (Poland) in the mountains, a wolf has a small child.

Courts in Poland belong to the ruling power and sentences are often unfair.
Hugs and greetings.
Lucja

Loaded perhaps, but my comment is she should never have been convicted on the evidence presented. Fraser Island, a well known troublesome dingo hotspot. Irresponsible parents.

I agree... police and courts are often unfair, in every country. But if a baby dies at 2 months old, and if the coroner recommends a criminal charge, it would almost always be Infanticide. With raging hormones and no sleep since the birth, the parents are seen in law as far less culpable than parents who kill an older child.

The Fraser Island parents would not have been considered irresponsible before the Chamberlain case because most city people would never have believed that dingoes targeted babies in the bush. But if they knew Fraser Island was a well known dingo den and they were aware of Azaria's death, then responsible parents would have been much more cautious, yes.

Re the evidence that was not examined or was examined sloppily, the Guardian (13/6/2012) reported that "after the convictions it emerged there was no blood in the Chamberlain's car or on their possessions. Ms Kuhl had done a presumptive test and been misled by a positive reaction to the presence of copper oxide, a material prevalent where the Chamberlains lived in Mt Isa. Cameron conceded in the royal commission that was eventually ordered that he had only assumed the handprint was blood – he had not tested it".