Ida Wells (1862-1931) was the first child of James and Lizzie Wells who had been slaves of the Confederate states. The par­ents were freed by the Union, thanks to the Emancipation Proc­lamation in Dec 1862. However living in Missis­sippi, these African Americans still fac­ed racial prej­ud­ices and discrim­inatory practices.

As a member of the progressive Republican Party during Re­const­ruction, Ida’s father was involved with the Freed­man’s Aid Soc­iety - a group that sent a supply of teachers from the Nor­th and pro­­vided housing for them in the South. And James also served on the first board of trustees at Shaw Univ­ersity-Rust Coll­ege, a school that opened in Holly Springs MS for new­ly freed slaves in 1866. 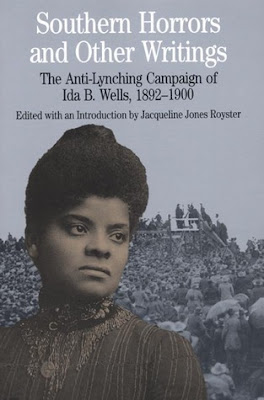 Southern Horrors,
one of the many books and booklets written by Ida Wells

But Ida suddenly had to leave school when both of her parents and one sibling died of yellow fever in the 1878 epidemic; she became the primary care giver for her 6 surviving siblings! Only in 1882, when her broth­ers worked as carp­enter apprentices and her sisters moved to an aunt’s house in Memphis, could Wells study again at Shaw University.

On a Memphis-Nashville train ride in 1884, Wells had a 1st-class ticket. Unexpectedly the conductor ord­ered her to move to the 2nd class car for African Am­ericans; outraged, this brave black woman refused! As she was forcibly rem­ov­ed from the train by the conductor and some passengers, she bit a conductor’s hand. Wells returned to Memphis and sued the Chesapeake-Ohio Rail­road Co, winning a settlement of $500. The Railroad Co appealed, and in 1887 the Supreme Court of Tennessee ordered Wells to pay court fees instead.

Ida was offered a job in, then bought a share of a Mem­phis newspaper, the Free Speech and Headlight. 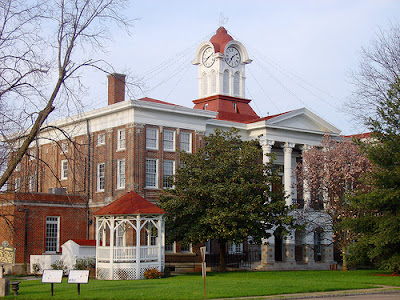 
While working as a journalist and publisher, Wells also held a position as a teacher in a segregated public school in Mem­phis. She became a vocal critic of the condition of blacks-only schools in the city, and was fired from her job!

Wells first became very well known internationally as an act­iv­ist when she brought attention to the lynching of African Americans in the South. In 1892, African-American Tom Moss, Calvin McDowell and Will Stewart set up the Peoples’ Grocery Shop in Memphis. Their new, successful business drew customers away from local white-owned shops, so inevitably the white shop-owners and their supporters clashed with the black men.

One night, Moss and his friends guarded their shop against white men gathered to attack and injured several of the white vandals. The three black men were arrest­ed and brought to gaol, but didn’t get to court; a lynch mob took the three from their cells and murdered them.

After the brutal lynching of her friends, Wells put her own life at risk; she spent two months travel­ling in the South, gathering information on other lynching incid­ents. One of her editorials infuriated some of the city's whites. A mob stormed the office of her newspaper, tearing the place apart. Fortun­at­ely Wells had been travelling to New York City at the time and was safe.

Bravely she went on to found groups striving for African-American justice. Wells wrote a detailed report on lynching for the New York Age, an African-American newspaper. In 1892 she published the book Southern Horrors: Lynch Law in All Its Phases, detailing her findings. 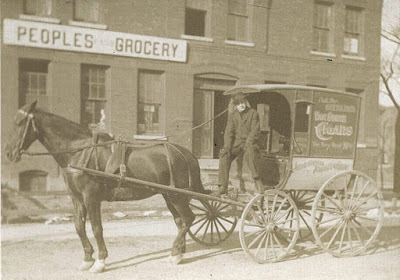 
She was teaching, looking to raise support for her cause among reform-minded whites. Upset by the ban on African-American exhibitors at the 1893 World's Columbian Exposition in Chicago, Wells protested the ban by writing a pamphlet called "The Reason Why the Coloured American Is Not Represented in the World's Columbian Ex­position." Her project was supported by the famous abolit­ion­ist lawyer-editor Ferdinand Barnett. [He had been the third black person to be admitted to the Illinois bar; his first wife Molly had been the first black woman to graduate from the University of Michigan].

Wells took her movement to England, and created the Brit­ish Anti-Lynching Society in 1894. She came home, settled in Chicago where she married her beloved Ferdinand Barnett in 1895, a widower with two children of his own. While the couple event­ually had another four child­ren together, Wells rem­ained commit­t­ed to her social and political activism.

Wells wrote that during the post-war Reconstruction Era, whites ran mob lynchings to suppress black political activity and to re-establish white supremacy. Through her lectures and books eg Red Record: Tab­ul­at­ed Stat­istics and Alleged Causes of Lynching 1895, Wells dealt with the Rape Myth used by lynch mobs to justify the murder of African American males.

In 1898 Wells brought her anti-lynching campaign to the White House, leading a protest in Washington DC where she visited President William McKinley (1897-1901).

After brutal assaults on African-Americans con­t­in­­ued in Springfield Ill in 1908, Wells att­ended a special conference for the Nat­ional Association of Coloured Women. 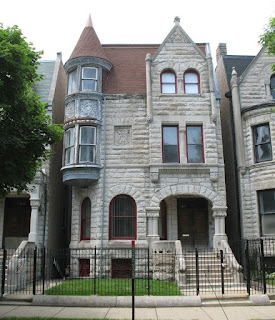 Ida Wells-Barnett House, the Chicago home of Ida and Ferdinand Barnett from 1919-30

In Chicago, she co-founded many African-American reform organisations. In March 1913, as Wells prep­ar­ed to join the suffrage parade through President Woodrow Wil­son (1913–21)’s inauguration in Washington D.C, march organisers asked her to leave. Apparently many middle-class white women had embraced the suffragists’ cause because they believed the vote would guarantee white supremacy (sic)!

The connection with Woodrow Wilson was important. As part of the National Equal Rights League’s role, Wells asked the Pres­ident to put an end to dis­crim­in­at­ory hiring pract­ices for government jobs.

In Chicago, Ida Wells and reforming social workers Jane Addams successfully blocked the establishment of segreg­ated schools. In 1930, Wells stood for the Il­linois State Leg­islature but failed. Alas her health problems continued; she died in Mar 1931 in Chicago, leaving behind a powerful written record of her lifetime crusading for justice.

Just as well Ida Wells wasn't writing and being active today. She would have been hounded by Trump, imprisoned and ridiculed in his rallies.

It's a shocking reminder of how close to us the time of slavery was. This lady, the daughter of slaves, is a stark reminder of the strength and humanity of her people and how wrong her situation was. Her bravery is not well known but it should be!
"We hold these truths to be self-evident: that all men were created equal." No so evident to some it seems!
CLICK HERE for Bazza’s free-from-oppression Blog ‘To Discover Ice’

I have come into the city today for the seminar on Joan of Arc. There are several heroic women throughout history who have prepared to sacrifice their safety and peace for a greater cause, knowing they could pay a terrible personal price. Ida Wells was one of them.

What a truly amazing and brave woman. To call her a hero(ine) is quite appropriate.

Such an inspiring women. It's women like her who worked hard to bring about those much needed changes. Delighted to have come across your blog. I wanted to tweet this post but don't see a link to twitter.

Trump attacks everyone with truly foul language eg "those criminally dishonest people in the media" and with vicious recommendations eg "lock her up". But Ida Wells was black, female and the child of slaves. She would have been destroyed :(

Correct..."the strength and humanity of her people" can never be fully valued. Most other persecuted peoples would be so bitter and vengeful, they would end up unproductive or disengaged members of society. Ida Wells cared for all her siblings, studied hard at university, worked hard in various jobs, created a wonderful family with Barnett, established important conferences and political organisations etc. She was tireless!

I had that very conversation today i.e would women sacrifice their safety and peace for a Greater Cause, knowing they could/definitely pay a terrible personal price?

We were talking about the anti-Vietnam War demonstrations in the late 1960s. Students knew they could be arrested, beaten by the police or followed by ASIO agents, yet they did it anyhow. Of course the anti-war demonstrations pale in comparison to fighting 19th century sexism and racism, but it gave us some insight into a dangerous situation.

there is something unique about Ida Wells' heroism in that she was largely working alone. Of course she cooperated well with Jane Addams, Mary Richmond and other wonderful colleagues, but there must have been a lot of lonely nights. At least pre-marriage.

welcome aboard, even though I don't know anything about Twitter.

The changes are endless, aren't they? Women in Saudi Arabia are finally allowed to drive, from this month on. But some of the activist women who campaigned hardest to have the laws changed will not be allowed to join them. They are in gaol!

Hi Hels - how pleased I am to know about Ida Wells - thanks for highlighting her ... we need to know more about our past. So much is going on now ... all the best Hilary

same for me. I did six years of history in High School and four years of history at University, but ALL on Britain and British Empire, Europe, Russia and the Middle East. I knew more about Gibraltar, Malta and Singapore than I knew about the USA. And feminist history wasn't even a concept back then :(

Just as well we have blogs, nowadays.

Hello Hels, I remember when there were only certain occasions when it caused me pain to reflect on the normally good status of being an American, but now absolutely everything emanating from the government causes embarrassment and grief. Your post shows us that even past progress did not happen by itself, but was the direct result of activists like Ida Wells.
--Jim

embarrassment, grief and violation of human rights!! Australia took Aboriginal children away from their parents and put them to work in white families or white commercial enterprises. African slaves were sold in Barbados, then branded by their new owners. Assertive women in Protestant Northern Europe were declared to be witches and executed. Jews and gypsies were exterminated in gas chambers.

Every generation has to fight new human disgraces, despite the occasional hero or heroine.