Friedrich Drumpf and Fred Trump in business and building

Friedrich Drumpf (1869-1918) grew up in Kallstadt in rural southwest Germany, with a regular income but no savings. His father had died when Friedrich was a young school boy so there was no support there. In 1885, facing imminent mandatory military service, Friedrich said goodbye to his mother and hopped on a ship for the USA. He landed in New York, and moved in with an older sister and brother-in-law, both of whom had immigrated earlier.

Friedrich moved to the West Coast and opened a restaurant, with a curtained-off area that served as a low-rent bordello. And Frederick Trump, as he was called by then, became an American citizen.

Frederick sold his restaurant/bordello and set up a new business. On a piece of land owned by the mining Rockefel­lers and without the owners’ consent, Frederick went ahead and built a hotel that rented by the hour. In time the mining project was running out and only a few got out with decent profits. Among them was Frederick Trump! Clev­er man that he was, Frederick heard about the Klondike gold rush and headed to Canada’s Yukon Territory. He was not seeking the hard physical labour of panning for gold in icy streams; instead Freder­ick serviced the miners with food, drinks and prostitutes. His arr­iv­al at the height of the gold rush was either brilliantly timed or blissfully lucky.

By the time the Klonike gold was running out, Frederick had al­ready made a small fortune to take with him as he returned to the USA. A pattern had emerged. As long as Frederick’s busin­ess­es thrived, he stayed put and worked hard. When profits began to waver, he would quickly move on to other, more lucrative busin­esses.

In 1901 Frederick Trump returned to Germany, where his mother in­troduced her rich, single son in his 30s to suitable German ladies. But Frederick fancied a young, busty blond woman his mother disliked, Elizabeth Christ. Frederick took his new bride to America and searched for opportunities to increase his fortune. But Eliz­ab­eth disliked living in a metropolis and wanted to return to her family in Germany. In 1904, Frederick, Elizabeth and their baby sailed home.

Alas his old conscription-avoidance problem remained. Hoping the fortune he brought into the country would impress the authorities, in September 1904 he explained his absence to the government in writ­ing: “I did not immigrate to America in order to avoid military service, but to establish for myself a profitable livelihood and to enable myself to support my mother” in Kallstadt. Despite him having been German born and raised, the German authorities ordered this “American migrant” to leave.

Frederick’s death certificate showed that he died of the Spanish flu outbreak that devastated the world in 1918. He left behind a solid estate. Along with the hefty support of his wife Elizabeth Christ Trump in the family businesses, it had been this liquor-selling, brothel-keeping Frederick who laid the foundation for the Trump dyn­asty in the late C19th. Very hard working and opport­un­ist­ic, but not criminal.

Soon after his father’s death, teenager Fred Christ Trump (1905-1999) went into the real estate and construction business with his widowed mother. Their company, Elizabeth Trump & Son Co., grew steadily in the post-WWI years. The most successful group of projects was building barracks and garden flats for Navy personnel, near the main East Coast shipyards.

During the 1920s and 30s, Trump focused on building affordable single-family houses in Brooklyn and Queens. He was both obsessive and tight with his money, personally supervising the quality of materials and his crews closely.

Fred’s reputation as a moral businessman was first questioned when he was arrested after a Ku Klux Klan riot between 1,000 Klansmen and 100 policemen in New York. By June 1927 the New York Times had pub­lished the names and addresses of the arrested men (including Trump), at the very time when New York authorities were trying to halt the KKK’s growing pres­ence there. The New York Police Commissioner described how the Klansmen wore gowns and had scary hoods cov­er­ing their faces.

Fred married a Scottish migrant Mary MacLeod in 1936 and had four children together, born between 1937 and 1946. Fortunately for Don­ald, his only competition for Fred’s wealth was his older brother (Freddy Jr) who never wanted to be part of the family business and died in any case at 43.

Fred built the public housing complex, Beach Haven, using federal loans and made huge profits from the project. He pocketed most of a fee (5% of the complex’s development’s cost) that was ear-marked for arch­it­ectural work. Trump also borrowed more in fed­er­ally subsidised funds than he actually needed. Thus he became the sub­ject of a federal investigation for over-stating the cost of dev­eloping Beach Haven and pocketing the $3.7m difference. (Was this the war-time profiteering charge that is often mentioned?)

The truly racist foundations of Fred’s real estate empire did not get exposed until well after WW2 ended and the soldiers returned home. Beach Haven, for example, was built near Coney Island and al­most exclusively housed white tenants in a lily-white neighbourhood. 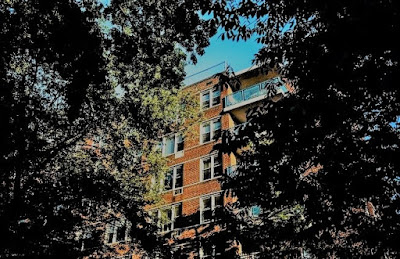 Fred Trump was singer-songwriter Woody Guthrie’s landlord for two years in the 1950s, and he suffered like many of the other renters. In 1952, Woody Guthrie created the song Old Man Trump, hoping to get listeners to think deeply about race and segregation in the USA:

Fred Trump’s fortune was made mostly in building low-income housing with FHA funds! Yet he had repeated confrontations with civil rights groups about racial discrimination in his housing allocations. In fact in 1973 the fam­ily was defending Fred’s company, Trump Manage­ment, from charges that they discriminated against potential black tenants. The USA Justice Department alleged racially discrim­in­atory conduct by Trump agents, by outright refusing flats to black fam­il­ies solely on the grounds of skin colour. 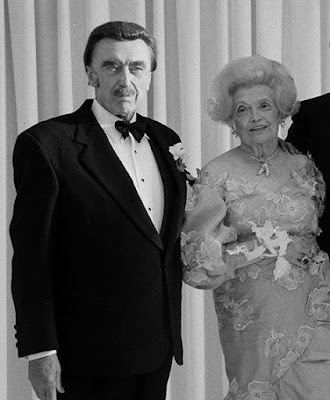 At his death in 1999, Fred Trump’s net worth was $250–300 million. He was very hard working, racist, opportunistic and charged with criminal offences.

The family history of Donald Trump the current is not one to be bragged about, but then nor is his own personal and business history. It is so repetitive to keep saying that was interesting, but it was.

we are never responsible for what our parents and grandparents did, but to deny our past is equally as negligent. Faced with massive KKK support during the elections, Donald Trump repeatedly refused to reject the endorsement of David Duke, a former grand wizard of the Ku Klux Klan.

Good grief. A family full of immigrants, just like the rest of us.

28% of Australia's population were born overseas, according to Australian Bureau of Statistics figures in 2016. 43% of us have at least one overseas-born parent. Can you imagine what would happen if migrants were not given permanent citizenship, or were turned away?

Having (at least) two immigrant grandparents and one immigrant parent did not give Donald Trump much insight :(

What a horrible story! I mean that in a caring way, as Dame Edna would say. I just read his Wikipedia entry and learned that he died in Long Island Jewish Medical Centre.
The 1993 photo makes him look like a waxwork or a living embalm-ment. Yuk....
CLICK HERE for Bazza’s frabulistic Blog ‘To Discover Ice’

Fred Trump made Forbes 400 in 1982 with his fortune which he then shared with his son.

Thank you. The Forbes 400 is a list published by Forbes magazine of the wealthiest 400 American residents, ranked by net worth. Forbes 400 was started in 1982 and is published anew once a year.

I wonder if Fred Trump was very proud to be published as one of the wealthiest 400 citiens in the USA. Or humiliated because of the potential tax problems he would be facing.

Hello Hels, Nothing questionable or unsavory in the Trump family background would surprise me. I think what we have in the present case is an example of the pupil exceeding the master.
--Jim

was there a mentoring, vigorously supportive role about Fred's relationship with his son Donald, at least with regard to business? Or was Donald jealous of his father's success in business, and strove to beat Fred in every element of the Trump Empire?

What a nasty bunch of blokes . How ghastly that he made so much out of prostitution. I wonder if Melania knows about that, although she would understand I am sure . Talk about making a Faustian pact !!

Faustian indeed i.e an agreement in which a person abandons his moral principles in order to obtain wealth or other benefits.

How could Friedrich Trump have behaved so immorally? He ran sleazy bordellos wherever he went. He made a small fortune from exploiting the women, hid them only behind curtains (so there was no dignity) and left for the next city without as much as giving the women preparation time. Friedrich's mother, who had raised her children to be committed Lutherans, would have been horrified.

Yet another student said...

When my younger son was starting primary school, he stamped his foot and yelled "I didn't do it; I wasn't there; I don't know anything about it; and if I did do it, my older brother made me". This sentence has gone done in family history :)

But when Trump speaks like that and pouts, it is not legendary at all :(