In honour of my late mother: the Courage to Care Programme

My beautiful mother Thelma Webberley passed away a week ago. Her professional life was in journalism, and her private passions were classical music, European and Australian literature, overseas travel, feminism and community development. Because Thelma put all her considerable post-retirement energies into the organisation Bnai Brith, it is apt that this post is dedicated in her memory. 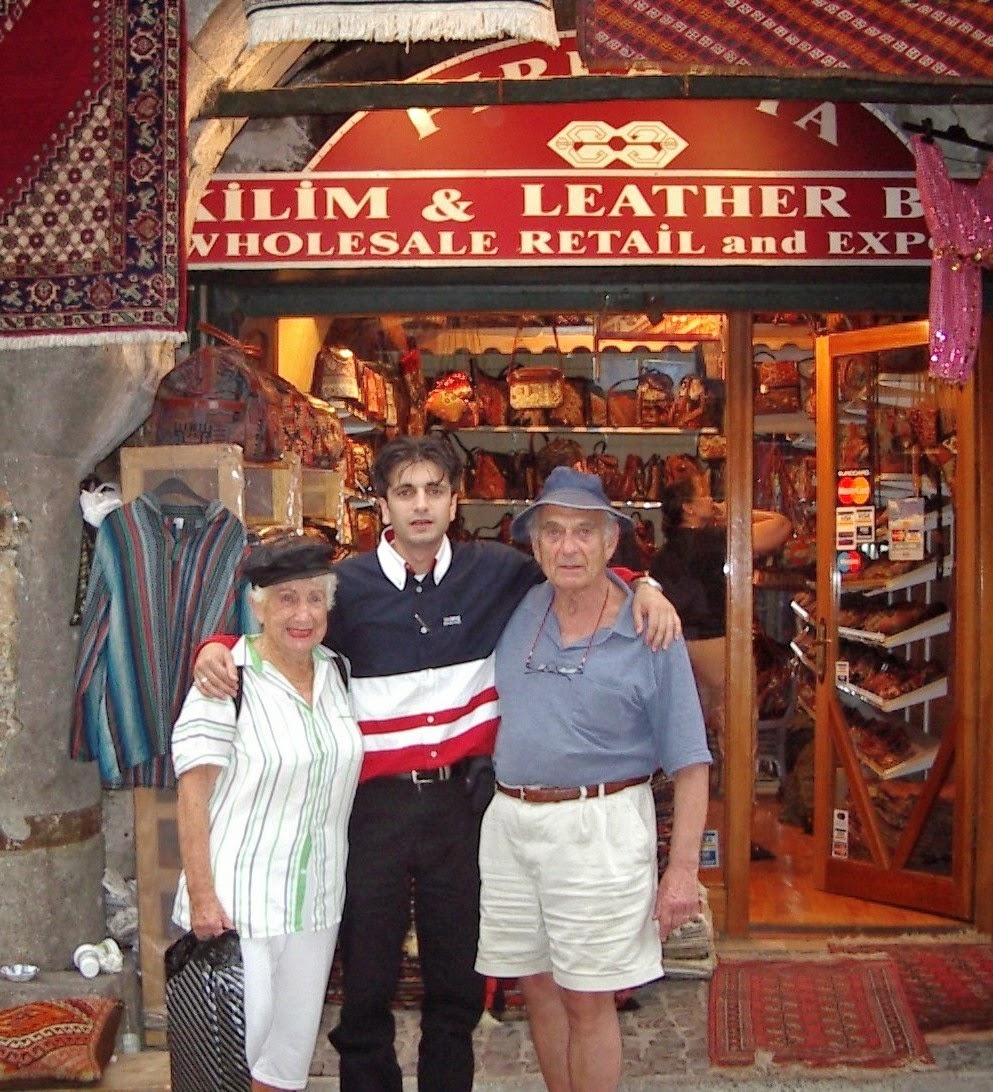 My father and a young tour guide, alongside my late mother
Istanbul market

Bnai Brith International, the global voice of the Jewish community, is an important organisation for Jewish humanitarian, human rights and advocacy work. Since 1843, Bnai Brith has operated in more than 50 countries around the world. The organisation came to Australia in 1944, starting first in Sydney, then in Melbourne in 1945.

Taking its inspiration from the Versetz Dutch Resistance Museum in Amsterdam, Courage to Care was first exhibited in Melbourne in May 1992. It was a tribute to the few courageous people who risked their own lives during the Holocaust to help save individual Jews; only through their moral stance could they ensure that some human decency remained in Europe's brutal times. The amazing stories of Raoul Wallenberg, Senpo Sugihara and Oskar Schindler were described, of course, but so were many others whose names we may not be familiar with.

The last photo shows A Courage to Care guide in Melbourne discussing Sir Nicholas Winton, the British man who rescued her from Prague when she was a little girl. I can think of no better role model for school students than Winton, a true hero and Righteous Gentile.

Many thanks to Martha Vanderhoek for the book Courage to Care: Rescuers of Jews During the Holocaust, Jewish Museum of Australia, 1992. The book focused on the testimonies of the Rescued who survived and emigrated to Australia, and on those Rescuers who also came here. Martha's in-laws' amazing story of rescue and survival in Nazi Netherlands was important to read.

By 1992, 10,000 people had been honoured by Yad Vashem in Jerusalem as the Righteous Among the Nations of the World. Now Australians were paying their respect to those Righteous Gentiles. 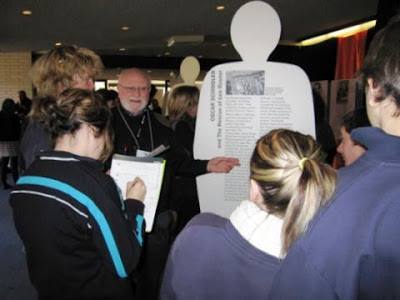 Today Courage to Care is a Bnai Brith education programme supported by a travelling exhibition - it promotes tolerance, respect and acceptance of all people. Courage to Care highlights the dangers of prejudice and discrimination, as experienced during the Holocaust of course, but in Australia as well. Students are helped to understand of the roles of victim, perpetrator and bystander.

The volunteers specifically use the stories of Holocaust survivors, paying particular attention to the Righteous Gentiles Among the Nations, as I described above. Even though most students think they can NOT have any impact on the world, Courage to Care empowers each individual to take positive action in relation to discrim­in­ation and bullying in all forms. Bullying still destroys adolescent lives as surely as any other form of psychological and physical attack.

Courage to Care offers workshops, presentations, exhibition viewing and facilitated discussion and is particularly designed for high school students. Although the exhibition is also open to the general public, the goals of the programme are clearly educational:

1. having consideration for all people
2. rejecting racism, prejudice and intolerance
3. standing up against injustice and
4. showing that each individual can make a difference.

The rural and regional schools in eastern Australia must find the programme very useful. 6000 high school students participated in Courage to Care during a 12 months period, in Victorian rural high schools alone. And Melbourne is an excellent city to run the programme. From 1946 on, this Jewish community had the highest percentage of Holocaust survivors in the world, second only to Israel. 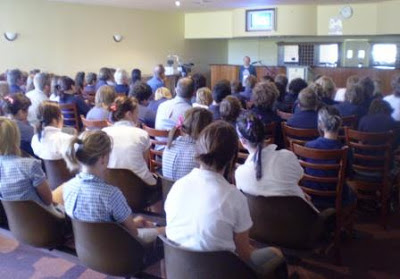 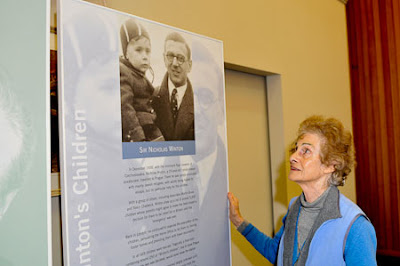 
Scholarships for history teachers are available. Each year in January, the International School for Holocaust Studies in Yad Vashem in Jerusalem conducts a Holocaust Seminar for English speaking educators. It is an intensive 3-week programme of 140 hours, with lectures, group discussions, films and survivor testimony. Sev­er­al field excursions are also included. Pedagogic workshops are giv­en throughout the course for high school history teachers. Partic­ip­ants access the wide range of materials located in its Archives and the Resource Centre.

One section of Bnai Brith Victoria provides scholarships for teach­ers to participate in this programme. Scholarships include an economy return fare to Israel, tuition fees, hotel accom­modation and a modest daily allowance. It is known that high school history teachers have learned a great deal of modern history in these courses – once they are back in their schools teaching again, they give a speech to Bnai Brith, documenting their experiences and their own learning.

We are so sorry to hear of the death of your mother. We hold you close in our thoughts and prayers at this sad time.

This is indeed a fitting tribute to her. What a perfectly named programme, Courage to Care, as it does take a certain bravery to stand up to injustice and prejudice but individuals can and do make a difference.

Your mother looks to have had a feisty intelligence coupled with gentleness and kindness, one can see this in her face. She will be missed.

OMG Hels. I write this after reading your first sentence. I am so sorry. I expect I will make another comment after reading more.

Your mum was so much fun at Bnai Brith... She will be sadly missed.

It seems your mother had an extraordinary survival story.

She clearly went on to contribute to Australian society in a significant manner.

You should be, and I am sure you and your children are, very proud of her.

I hope your father is coping as well as can be expected.

even though our parents have lived wonderful lives and grown old with grace, I was still caught by surprise. She is already sadly missed *nod*.

As well as her busy career as a journalist, my mum was very active in the women's movement, the Labour Party and Bnai Brith. I get tired just _thinking_ about all her commitments.. which she fulfilled to the best of her substantial abilities.

Dad was celebrating his 70th wedding anniversary this month!! The children and grandchildren are great, but it is not the same as a beloved spouse.

Hello Hels, I am terribly sorry to hear the sad news about your mother. I certainly admire her commitment to Courage to Care; it is tremendously important for people to experience this while World War II and the Holocaust are still within living memory.

This photographs and your descriptions of her personality and commitments make me wish that I had known your mother. You mention that she was a writer--I am wondering whether there anything she wrote that you could reprint or direct us to.
--Jim

Helen, so sorry to hear about your loss. Your mother did such important work. I'be heard of the Bnai Brith but wasn't too familiar with the work. I do like the sound of the exhibition. Next month I'm going to a film screening along similar lines - it is on the work of Carl Wilkens - an aid worker who stayed behind in Rwanda to help Rwandans during the genocide b

After Thelma retiired from the paid work force, she became a regular at book clubs and at CAE literature classes. A very well read woman who contributed every week.

No wonder you miss a mother like this one. It sounds like she had the courage to care about many people and many causes.
May Thelma's memory be a blessing to you all.

Your note reminds me. I have hundreds of newspaper articles by my mother that need to be professionally preserved and archived. I will contact the State Library and ask them how to handle the paper material.

Re books, "Enterprise: The History of the Victorian Chamber of Manufactures" took her the longest time. "From PIT to Table" was a harmless bit of giggle. "A Decade of Achievement" was edited by Brian Carroll and included work by Thelma and other writers. She also wrote one chapter in "Forever Eve", edited by D Zevia Schneider

*nod* We all forget stuff sooo quickly... film footage, newspaper articles, books and exhibitions are essential in keeping history alive and relevant. I can imagine people in a few years saying "Rwanda?Where is that and what happened there?"

Absolutely. My mother LOVED book clubs. She prepared thoroughly before every monthly meeting by reading the book, listing the questions, checking the published reviews etc.

It was a life well lived - concern for women, for the working class, for the Jewish community and for education. Our mother-daughter relationship was based on her being the role model and me being the devoted learner.

I'm so sorry to learn that your mother has passed away. She sounds like a remarkable person and one who always said "I can!" not "I can't".

Having recently lost my mother I empathise with your feelings of sadness and loss.

Even though mum was 91, I had underestimated how difficult the loss would be. But the loss was not just a personal one, felt by her husband and children. It was felt by the workers at Bnai Brith, RMIT, Victorian Chamber of Manufacturers etc - wherever she had trained and mentored younger women.

How are you coping?

Hels: Like you I am finding it very difficult.

I constantly think of things I must tell her, then I realise that I am unable to tell her - then I tell her anyway!

I am sure she hears.