Did Australian literary giants lurch to the right, from 1936 on?

Stella Miles Franklin (1879-1954) was an Australian writer and feminist who believed that Australians should be entitled to read their own literature. Thus she is always one of the first and most popular novelists to be put on English Literature reading lists for Year 12 students.

Miles Franklin was born in rural New South Wales which provided material for her best known novel, My Brilliant Career 1901. The book told the story of a bouncy feminist growing to womanhood in the countryside. This heroine, Sybylla Melvyn, presumably reflected the experiences and values of Franklin herself, who wrote the novel while she was still a teenager. It was published with the support of another great Aus­tralian man of letters, Henry Lawson.

In 1906, Franklin moved abroad and got involved in writing and political activism at the National Women's Trade Union League in Chicago. And novels! In WW1 pacifist Franklin volunteered for war work in Europe. From 1919-26 she was back to political activism in the UK, including organising a women's international housing conference. Feminists and pacifists could not have asked for a better role model. 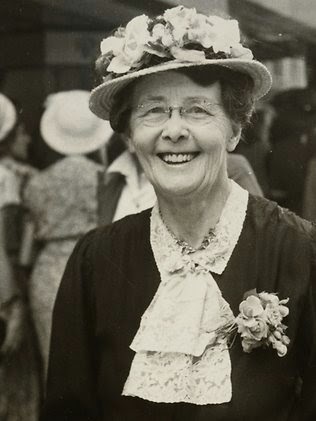 Only in 1932, when her father died, did Miles Franklin finally return to Australia to continue writing. By now she was no longer young (mid 50s); nor had she ever been married. She threw herself into the Fellowship of Austral­ian Writers in 1933 and supp­ort­ed the new literary journal Meanjin with thoughtful articles. Literary friends and publishers took the place in her life of family and neighbours.

But as the 1930s moved on, some leading writers and editors in Australia were increasingly turning to the extreme right. Her close friend P.R Inky Stephensen (1901-1965) was a Queensland writer, editor and publisher. He edited the university magazine at the University of Queensland, and then moved to Oxford to complete his studies as a Rhodes scholar. Inky Stephensen returned to Australia in 1932 and in conjunction with Norman Lindsay, established Endeavour Press which published novels for Austral­ia’s best loved writers - Norman Lindsay, Banjo Paterson, Xavier Herbert and Miles Franklin.

Disillusioned with democracy from 1936 on, Stephensen looked instead to extreme nationalism. Like many arch-conservative Australian politicians, Stephensen showed huge admiration for Germany and, more surprisingly, for Japan. In Sydney he published a new literary magazine The Publicist, which had a strongly anti-British, anti-Semitic, anti-socialist stance. In mid 1937 The Publicist began printing the full text of speeches of Adolf Hitler!! As David Bird observed, the magazine endorsed every aspect of German Nazism that came under its scrutiny, in the belief that there was no conflict between Nazism and Australianism. 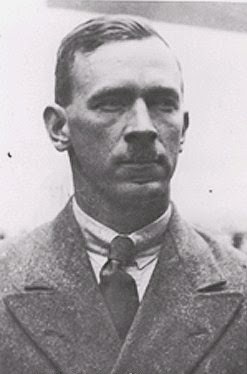 My question now is: did Miles Franklin, for so long a defiant feminist, later swing to the hard right with Inky Stephensen and his other literary colleagues? Professor Jill Roe of Macquarie University’s history department wrote that Miles Franklin did not join Australia-First and that she did not write for pro-Nazi magazine, The Pub­lic­ist. Franklin did not make an early trek to the right in the 1930s and did not advocate banning Jewish refugees from entering Australia in 1938-9.

The Resident Judge of Port Phillip, reviewing the Roe book, concluded that Miles herself was neither communist nor fascist, being more aligned with traditional post WWI British Liberalism. Franklin did express fears of Asian immigration and over-breeding, taking a position that was very much of her era but one that sounds racist today.

On the other hand, historian Dr David Bird wrote that Miles Franklin really DID became a mentor for the literary stars whom Stephensen wanted to graft on to his evolving Fascist movement, Australia -First. Once the Australia-First became a political party in October 1941 Franklin attended all their meetings, sitting behind the speaker on the platform. Eventually the party was banned for the duration of the war against Fascism in Europe.

Miles Franklin died in 1954, leaving money to establish an annual literary award to be known as The Miles Franklin Award. She bequeath­ed her printed books collection, manuscript material and letters to the Mitchell Library in NSW. Fortunately those are her great legacies. These days not many people mention either Xavier Herbert's or Miles Franklin's close associations with Inky Stephensen and his ugly right wing politics before and during WW2.

Hello Hels, Sometimes famous and supposedly intellectual people are sucked into extreme political views. Later there is an attempt to exonerate them with the claim that they were attracted by the idealism behind the movement, but it is hard to imagine how the world will be improved by denying groups of people basic rights.

The novels you mention sound interesting; I will try to find a few of them the next time I am in book-buying mode. (One potential warning sign I see after scanning a couple of articles is that while adjectives such as important, feminist, Australian, and political abound, there is no description of her actual writing or anyone's reaction to it.)
--Jim

The Australia First movement was anti-Socialist, anti-Semitic, pro-Fascist, exactly as described. But to be anti-British just before World War Two broke out was insane. And traitorous... at a time when so many Australians were about to get back into uniform on behalf of tbe old motherland.

That reminds me of Sir Oswald Mosley. He was an important member of the Labour Party in Parliament who "thought his way" into the Fascist Party over a number of years. A member of the aristocracy, a good thinker, a polished writer, an ideologue... but eventually a true Fascist.

Re Miles Franklin's first book "My Brilliant Career" 1901... it was wonderful. Proto feminist, gutsy, risk-taking... all the girls in my year at school loved reading that book.

Confusing and contradictory, I agree.

"The Australia First movement was nationalist and therefore opposed to inter-nationalism . It was monarchical and scornful about democracy. Its interpretation of Pro-Australian seemed to be that Australia should be against most other countries. It thought Australians were fooled by propaganda from overseas and it derided and abused what it called the British garrison in Australia for not putting Australian interests first. It was anti-Communist and anti-Jewish and seemed at times to equate Communist with Jew. It wanted to Eradicate the Great Colonial Disease of subservience to others. It appeared to think most people in politics were fools or shysters. It was erratic, declamatory and self contradictory."

We have to confess to knowing very little about the writers you mention here and, indeed, this has sparked an interest in Miles Franklin for us now to discover more.

The parallels with Oswald Mosley and, tangentially, Diana Mitford are interesting to consider. When does an intellectual curiosity become a firm belief?

Whatever, we often wonder if the extreme left and far right are closer than we think?!

what a great example Diana Mitford was. Aristocratic family, married to huge wealth, a well published author of books and magazine articles, gorgeous looking. Yet in 1934 Diana and sister Unity went to Germany to attend the Nuremberg Nazi rallies. And to pledge their loyalty to Fascism and anti-Semitism.

When does an intellectual curiosity become a firm belief? When the individual acts on that belief, even if he/she is humiliated in public and often gaoled. Mitford spent most of WW2 in gaol or under house arrest.

It sounds as if she may have been 'used' to put a better face on an extreme group.

The one who shocked me was Xavier Herbert. Getting Capricornia published in Australia was a long struggle and he had to accept back-breaking work as a miner to survive. But why did he get involved in the rightwing Australia First via his publisher William Miles and his editor Inky Stephensen? Just as well Herbert enlisted in the Australian Army in 1942 or he too might have ended up interned.

I thought about that too.... but Miles Franklin had been such a strong and committed woman. Would she have allowed herself to be used by people and causes she disapproved of?

Pinning down Xavier Herbert is beyond me :( How could a person so sensitive to the terrible treatment of Aboriginals and so strongly anti-imperialist.. be so xenophobic and often racist in his language.