collecting British and French culture in the USA - Huntington Library

In 1870 railway magnate Collis Huntington (1821-1900) met Arabella Yarrington, 30 years his junior; in 1884 they marr­ied when he was 63 and he adop­t­ed her son Archer. Soon the couple built their gorgeous New York mansion, and devoted the rest of their married years to coll­ect­ing art, furniture and fine books. In fact Arabella (1851-1924) spent a great deal of time in Paris, buying collectables for their home from leading French & American dealers. She created an impressive collection of French decorative arts.

Henry Huntington (1850-1927) had parents of his own (Solon and Harriet Huntington) but it was not until he worked with Uncle Collis on the Southern Pac­ific Railroad that the young man could be properly ment­ored and guided. Note that this was right at the time when railways were booming on the east coast and expanding rapidly across the continent. In time, Henry assumed senior positions in the Southern Pacif­ic Transportation Company and must have been earning a handsome salary.


But Collis’ death in 1900 changed everything. Collis left most of his own European portrait collection, $3 million worth at the turn of the century, to the Metropolitan Museum of Art in New York via his stepson Archer. A book called Dutch Paint­ings in the Metropolitan Museum of Art highlights some of Collis’ gifts. And money from the 5th Avenue mansion, once sold, was bequeathed to Yale University. 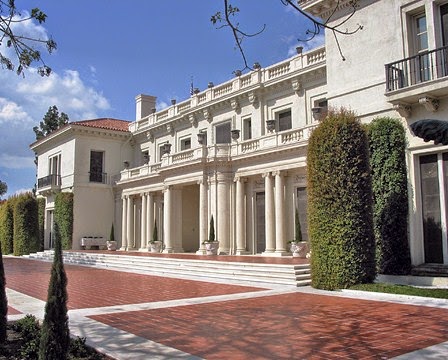 We also need to note three events. Firstly Arabella inherited a fortune of $25 million from her late husband’s will. Secondly Henry assumed Uncle Collis Huntington's leadership role with Newport News Shipbuilding and Drydock Company in Virginia, and was now a very wealthy man in his own right.

Thirdly Henry moved to California to take control of the Sout­h­ern Pacific Rail­road. Attracted to the beauty of the San Gabriel Valley, Henry pur­ch­ased a 600 acre San Marino Ranch in 1902, to lure his beloved Ara­b­ella out to the West Coast. Henry married his uncle’s widow, Arabella Huntington, after a few years, in 1913! I wonder what they were saying in the lounge rooms and board rooms of San Francisco upper classes. It did not bother Henry. Once he inherit­ed some of Uncle Collis’ inheritance, the younger Huntington did not have to listen to anyone’s advice.

Although this well connected family only lived in San Marino for a month of every year, the mansion provided both family privacy and sociable access to their friends. Even more importantly, it housed the rare book and art collect­ion that Henry had been assembling since the 1880s. In fact Henry retired to devote himself full time to his book coll­ection, his new wife and the estate. By 1919, the San Marino Ranch was remodelled into The Huntington Library, a non-profit educational and cultural centre.

Today scholars say that The Huntington Library is a very fine research inst­itution, focusing on American and British history, art and literature. And although visitors are welcome to stroll through the rooms and exhibition halls, they cannot access the books and manuscripts. [Years ago I needed access to some primary sources, and a letter from my faculty’s professor got me in! Magic!] 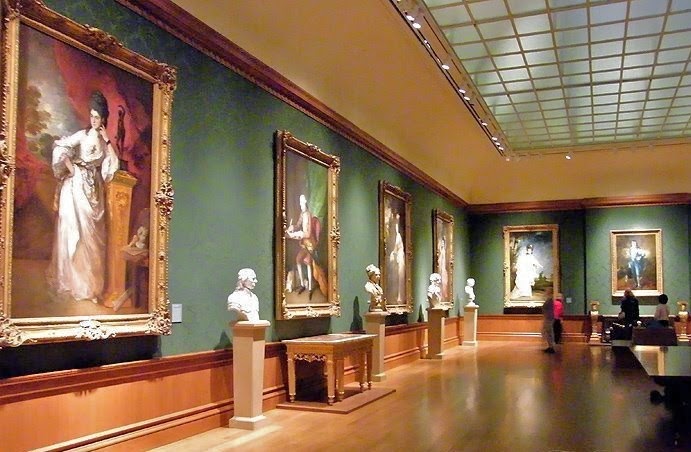 The European collections are in the Huntington Art Gallery, which was also part of the family residence in San Marino. The collect­ion of Brit­ish C18th and early C19th paintings warmed my heart. We can vouch for their high status because of two historical events – 1. many of the paintings had been shown at the annual Royal Academy exhibit­ions in London and 2. most had been bought by British aristocrats to hang in their stately homes. The paintings were grand, stately and public; nothing modern and abrasive.

If I had to select the best known painting at the Huntington, I would choose Thomas Gainsborough's Blue Boy c1773. Huntington purchased the painting along with Gainsborough's The Cottage Door c1780 and Reynolds's Mrs Sarah Siddons as the Tragic Muse 1784 from the Duke of Westminster. When this private coll­ection was off­er­ed to London’s Nat­ion­al Gall­ery after WW1, the gallery could­ not afford to pay the going prices, so Henry Huntington pounced. In fact he was delighted.

Sir Thomas Lawrence's Pinkie 1794 was painted by a different artist in a slightly later era, but now it faces Blue Boy in the Main Gallery of the Huntington. Other notable paintings were by John Constable eg View on the Stour near Dedham 1822, a painting that was shown in Paris in 1824 to great acclaim. Huntington also wanted and got one lovely version of Constable’s Salisbury Cathedral 1823, both of these Constable paintings being shipped over to California in the last years of Henry’s life. 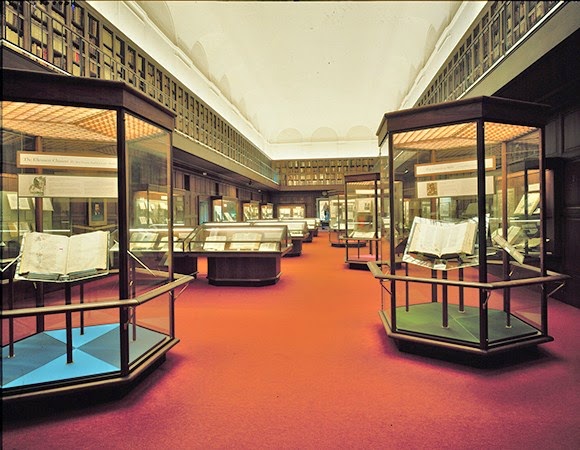 
At Arabella’s death in 1924, the paintings, sculp­ture and decorative arts that had filled her New York mansion went to her son Archer. He in turn distributed them to 4 important public collections.

However her legacy to San Marino is found in the Arabella Huntington Memorial Collect­ion, in a wing of the library building. It has Sevres porcelain, French sculpture, furniture and C15th-C16th Italian and Flemish Renaissance paintings. If a reader wants to assess the French art collection at The Huntington Library, find the book French Art of the Eighteenth Century at The Huntington by Shelley Bennett and Carolyn Sargentson (Yale UP 2008). This beautifully illustrated book focuses on the 300 French objects in the collection, including fine furniture, clocks, gilt bronzes, gold snuff boxes, porcelain, tapestries, sculpture and paintings.

It is extraordinary to think of the wealth that was generated through the development of the railways during the C19. Here too in Budapest there remains the evidence of the spending power that those individuals and organisations involved with the railways had during what was, certainly for Budapest, a golden age.

The richness of the collections of this family is astounding. But, how wonderful to have so much given to public ownership, much of which can be freely accessed and enjoyed today.

What a great story. I did a double take when you spoke of Henry and his lovely Arabella. Very cheeky but I guess they were the same age!

We thought the botanic gardens at Huntington were very special, but I am not sure how involved Henry and Arabella were. Perhaps they concentrated on books and paintings, not plants.

The USA's Gilded Age was usually thought of as the late Victorian and Edwardian decades (excuse the British expression). It was an era of rapid economic growth, firstly in the North East where truckloads of money came from trains, mining, banking etc.

The joy of Huntington money, as you say, is that it went to educate and enlighten the entire population, not just the Huntingtons.

Very cool story! Henry was married to someone else and had four children. When Uncle Collis died from old age in 1900, gorgeous Aunt Arabella was only in her 40s. So as soon as he morally could, he divorced his first wife and married his aunt.

Fortunately Henry and Arabella had a very happy, creative and sociable life together.

the gardens are stunning *agreed*. Some of the specialty gardens were indeed started at the same time as the San Marino Ranch was being developed eg The Japanese and the Desert Gardens. Henry took a hands-on approach, researching and acquiring many of the plants himself.

it is actually a little more icky than I first wrote. In 1872, Henry became engaged to Mary Alice Prentice, the sister of an adopted daughter of Collis Huntington. Henry and Alice were not blood relations to each other, but the 1873 marriage certainly cemented the relationship between uncle and nephew.

Those are brilliant. Glad the estate was salvaged enough that it remains a showcase of fine architecture. I'd like to commend you as well for keeping tabs on those chronicles and laying out a blogroll at your page. It's easy to get lost in Google Images and whatnot, that it is always a help to have a text for some added perspective. Thanks for sharing!

Have you been to the Huntington? I am going to compare it to the Getty later this year, also in California. And I have already had a good look at San Francisco's Legion of Honour.

Hello Hels, Thanks for the interesting story behind the Huntington Collections and the magnificent treasures that are held there. Recently I was trying to trace the Battle Abbey Cartularies, medieval manuscripts recording the history of the Abbey, founded by William the Conqueror, and it turns out that at least some on them are now at the Huntington. It seems odd their being out of England, but at least they are available for study.
--Jim

you are amazing! What were you studying from the Battle Abbey Cartularies manuscripts? I spent a lot of time at uni doing medieval history and know a bit about the abbeys and structures founded by William the Conqueror. But what made you think of looking in the Huntington Library?