Women's Institutes - "For Home and Country"

Women’s Institutes originated in Canada in 1897, as a direct result of the work done by a Mrs Adelaide Hoodless (1857-1910). Hoodless had been pushed into advocacy when her youngest son died in infancy after drinking impure milk. Along with farmers Erland and Janet Lee, Hoodless drafted the charter for the Women’s Institute movement and helped organise the first Institute at Squire’s Hall, in rural Stoney Creek, Ontario.

The 1897 meeting planned a path for the Federated Women’s Institutes across Canada. The women affiliated to the Farmer's Institute and actively pursued the support of the Minister of Agriculture. Government cooperation was important from the start of the organisation. 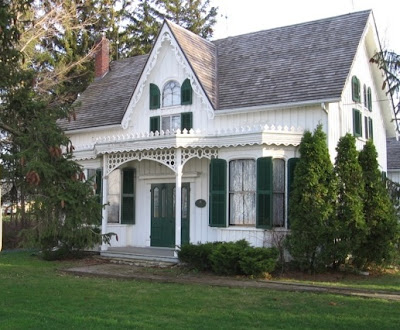 In 1910 Mrs Hoodless made an appeal for a university faculty of Home Economics. Although she didn’t live long enough to see it, Hoodless had done the pioneer work for the founding of a Department of Household Science at Toronto University. She organised Household Science classes at the YWCA in Hamilton and persuaded the Province of Ontario to undertake a province-wide programme. She influenced Lord Strathcona to assist in financing the Ontario Normal School of Domestic Science and Arts in Hamilton in 1900. Mrs Hoodless convinced tobacco millionaire Sir William Macdonald to contribute financially to the establishment of Macdonald Institute, Guelph and to Macdonald College, Quebec.

Clearly the British men saw the value of the Women’s Institute movement in war time, to get rural women working co-operatively and to increase food production. The first Institute in Great Britain was started that year in Llanfair PG in Wales. And the Scottish Women’s Rural Institutes soon became very popular as well.

From 1915 – 1917, the British Women’s Institutes adopted rules specifically based on the Canadian model and agreed that they would:
a) study home economics;
b) provide a centre for educational and social intercourse and for all local activities;
c) encourage home and local industries;
d) develop co-operative enterprises; and
e) stimulate interest in the agriculture industry.
From 1917-1919, under the Board of Agriculture, the same Women’s Institutes concentrated on food production to help the war effort. 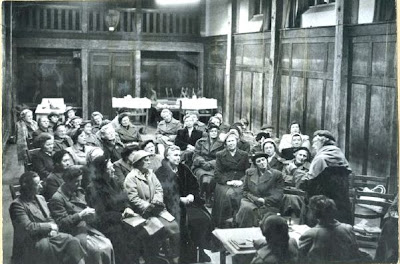 Two publications appeared in Britain. The Landswoman, shared with The Women's Land Army, appeared from 1917-1919. After 1919, a subscription magazine called Home and Country was published monthly.

How many women became members? The British membership is said to be 210,000 in any given year. Would that number have risen during the two world wars?

The idea of Women’s Institutes was first introduced to New Zealand by Miss Ann Spencer on her return from war work in England, where she had seen the organisation in action . In Feb 1921, in conjunction with Mrs Francis Hutchinson, Spencer formed the Rissington Women’s Institute in Hawkes Bay, and thence to the rest of the country. It is interesting to note that, whereas Institutes in other countries had received financial assistance from their Governments, the movement in New Zealand had been built up solely by the endeavours of the members themselves. A request in 1927 for government assistance was refused.

ANZAC Day Commemoration Committee noted that a number of women’s organisations in Australia became very active during WW1, including the Australian Women’s National League, Australian Red Cross, Country Women’s Association, Voluntary Aid Detachment, Australian Women’s Service Corps and the Women’s Peace Army. The trouble is, I can’t find any mention of a branch of the Country Women’s Association before the NSW branch was formed in 1922. It started at a Bushwomen's Conference held in conjunction with the Royal Agricultural Show in Sydney.

In its written history, this Australian branch tied itself back to the same Mrs Hoodless in Canada. But was there really any connection between Canadian, British, New Zealand and Australian country women? The CWA in Australia has generally been seen as a  conservative organisation. Yet while the CWA in many ways defended traditional gender roles, it has occasionally been a progressive force - eg consider its encouragement of rural women to take an active part in public affairs or in environmental issues. As early as 1936, for example, the NSW branch passed a resolution in favour of equal pay for women.

In general, Canada, Britain, Australia and New Zealand all placed a strong emphasis on community service and personal growth for rural women. But I suppose each national federation of women’s institutes had its own priorities – one wanted a body that could support women in rural communities, a second might have wanted to build domestic science classes for female students and a third might have been mobilising women for war work. What they did NOT do was concentrate solely on baking fluffier scones or making more succulent orange marmalade.

The goals were specified in the 1920s when the British women agreed “to improve and develop conditions of rural life; to give to all country women the opportunity of working together through the Women's Institute organisation; to provide for the fuller education of countrywomen in citizenship, in public questions both national & international, in music, drama and other cultural subjects; and for instruction and training in all branches of agriculture, handicrafts, domestic science, health & social welfare”. Clearly the important and shared role in every country was to reduce rural isolation, give women an opportunity to develop confidence in their views and to participate in relevant health, welfare and educational projects. 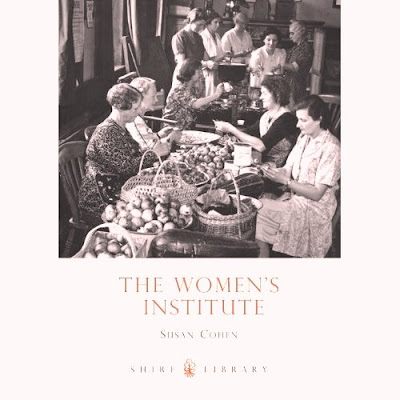 The Women's Institute, a history of the British movement written by Susan Cohen

Fascinating - never knew their history as both my Mother and ex-wife found them too right wing for their tastes. Though the WI market does some great cooking for sale. And of course they did boo Tony Blair.

My grandmother was an active member in country NSW and she encouraged my mother to join when she got married. It was like a torch, passed on from one generation to the next.

But feminists can only applaud this goal: to provide for the fuller education of (rather isolated) country women in citizenship, in public questions both national and international, in music, drama and other cultural subjects.

there certainly did seem to be some sort of sacred trust that mothers handed on to their daughters. Many families can proudly point to four generations of women involved in Women's Institutes.

this an endless debate. Looking at the WI UK web site no one could argue with their excellent campaigns and spirit. But like the long-running Womans Hour on our radio, does it tend to ghetto women's views and make them seem a minority. The Suffragettes had the same debates and progressed faster I would suggest once they were inclusive.

the comparison to the Suffragette movement, at about the same time, is an intriguing one. I wonder if, in 1905, rural Canadian husbands told their wives not to go to Women's Institute functions because it was unseemly.. and what would their pastor think... and who would be looking after the children when the wife was cruising around the countryside.

I am quite drawn to this house.

it is a really lovely home! Erland and Janet Lee's farmhouse was originally built in 1808 and has been in the one family all that time. Erland's grandchildren sold it in 1970 to the Women's Institutes.

Within 2 years, the home was opened to the public as a museum, with all its original internal architecture and furniture intact. The local history exhibits continue outside in the carriage house.

That is quite interesting.

Jim
absolutely.
Does your family come from a rural or regional part of NSW?

This year's ITV series Home Fires, based on Julie Summers' non-fiction book Jambusters (2013), accurately reflected the heroic role the WI played in the Second World War. The magnitude of the WI's contribution to feeding a beleaguered nation was staggering.

There was a WI Centennial Fair at Harrogate International Centre, North Yorkshire in September 2015.

perfect timing for the Harrogate Fair to be part of the year-long festivities celebrating exactly 100 years of the WI.

Re the tv series Home Fires, the story started in September 1939 to show that those inspirational women had been involved since the first day of WW2. And they became more active and powerful as the series went on. I only hope there is another series.