Marian Ellis Ryan (1848-1922) was born in Melbourne and grew up near the Strathbogie Ranges. She was raised in a family which had an appreciation of natural history, gardens and art, but like Marianne North, she had no formal art training. Nonetheless her favourite subject was Australian wildflowers.

Ellis made her first trip abroad at 21, basing herself in Britain. In 1873 Ellis married Frederic Rowan, a British Army officer and settled in New Zealand. The couple, and their only child, then moved to Melbourne and while living there, she further developed her skills as a wild flower painter. Talented and enthusiastic, she emerged as a decent artist and won important art prizes in Australia and overseas. I don’t suppose the professional male artists were very pleased with her success.

The couple returned to Victoria 1877, exhibited her work in international exhibitions in Australia, India, England, Europe and the USA 1879-93, winning more medals. In an age when most middle class women did not work outside their own homes, Ellis travelled widely.

From the 1870s on, she painted thousands of largely water-colours. Like Marianne North, she travelled extensively, relishing settings which were both difficult to get to and dangerous. Her images ranged from the large, boldly coloured and carefully detailed flower studies to small, more intimate garden scenes and bird studies. And she confidently publicised her own adventures, visiting Queensland’s rain forests, West Australian arid goldfields, New Guinea and New Zealand mountains. She had become a fine painter of wild flowers, insects and birds, combining scientific accuracy with freshness. 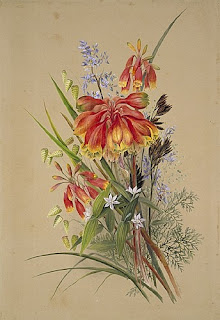 Ellis visited Western Australia a number of times during her life. It was in Albany in 1880 that Ellis met the English painter Marianne North, and after a few years, they went on a painting tour together. North was generous with her younger student. She shared ideas about writing her adventures and also of how to house and promote her works for posterity.

Anyhow the fast fading nature of a newly picked flower meant working quickly, often out in the bush. Most of Ellis’ original water colour studies were painted in less than optimum conditions, in the heat of the Australian bush. Yet her ability to compose a complex image, use of colour and her quick painting skills, without preliminary sketches, were often commented on.

The 1880s was a highly productive era for Ellis: she painted rare species for one scientist’s work and she made several versions of her more popular subjects for sale in exhibitions. This was a wise career move. Many engravings of her flowers and scenes were published, her watercolours became bolder in colour and presentation, and she began to paint in oils as North had encouraged.

Because of her fame, Ellis became an important example of the independent Australian woman artist. Of course male artists may have dismissed her paintings as Not Real Art. And they may have been right in one small way: her work was at the boundaries of art and natural history illustration. More than simply recording the physical appearance of plants, each painting revealed a strong sense of design and colour. Her flowers and birds images were often set in an environment which was done in an impressionist style. Her images of New Guinea moths and butterflies showed her draughtsmanship and accuracy.

Flower Hunter in Queensland and New Zealand was published in 1898. Flushed with success, Ellis left to visit America and stayed for 7 years. In New York, she met another young female botanist and together they travelled the USA and West Indies, collaborating on 3 books which became standard texts for botany students: A Guide to the Wildflowers 1899, A Guide to the Trees 1900 and Southern Wildflowers and Trees 1901. Her book illustrations were hugely successful. 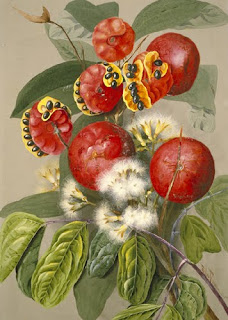 Ellis returned to Australia 1905 and set a new goal for her art: to find and record every species of wildflower on the continent. Even during the hardships of WW1, when she was nearly 70, Ellis set off to New Guinea for seven months. The Royal Worcester Porcelain Company had commissioned her to paint flowers and birds of paradise in New Guinea. During these New Guinea visits, Ellis found and illustrated many unclassified flowers, birds and butterflies. Ever mindful of the importance of publicity, many of these 1,000 paintings were later exhibited in Sydney in 1920.

After her husband’s death, Rowan returned to Christchurch New Zealand where she was delighted to discover the work of Margaret Stoddart. What a brave and unconventional woman Ellis was. The trips were discomforting in terms of her health and safety, but later she said that they were also extremely exciting and stimulating for her art. 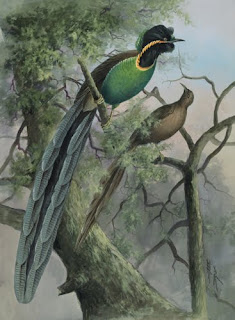 What might have started off as a genteel wifely pastime turned into a profitable, respected public career. This was no mean achievement in Victorian and Edwardian times, as Paluma Print blog attests. But when art historians say she was a very ambitious woman, I wonder if it is damning Ellis with faint praise. Pencil and Leaf blog said Ellis Rowan was a self opinionated, obsessive, vain and gritty artist and a tireless self publicist, who painted more species of Australian and international flora than any other artist then. 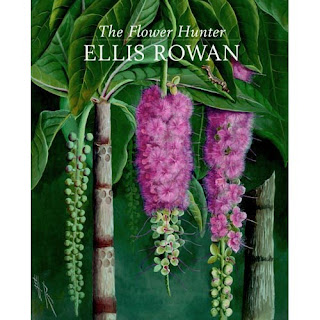 Hi there Hels..Thanks so much for your comments on the blog. I love this piece on Marian Ellis Rowan. She was an amazing woman as were all those intrepid Victorian botanical ladies. I remember reading about her with pure astonishment and admiration.

What exquisite paintings! I hope there is more to come in the "Amazing Botanical Artist" series..the adventures these women had are fascinating.

I love these women too. Not just because they drew and painted beautifully, but because they were so brave. I could not go that myself.

In February I will publish a post on Berthe Hoola van Nooten, another sublime botanical artist and traveller.