The University of Sydney has created a Medical Heritage Trail, a very informative self-guided walk that covers the medical architecture, museums, libraries and artworks of the first university to be estab­lished in Australasia. I love the idea of Australian universities analysing and publishing their own histories, but I also have a personal fascination – University of Sydney Medical School is my husband’s alma mater. 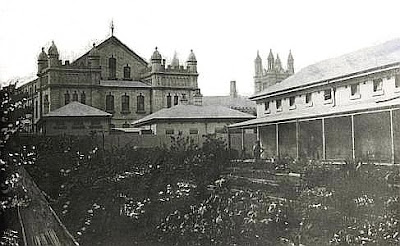 The University was incorporated 1850 and inaugurated Oct 1852. In 1855, the Government gave the University land at Grose Farm, about 3 ks from the city. The first plans for the University's original building, the Quadrangle, were drawn up by architect Edmund Blacket. By 1862 the famous Great Tower had been completed. But a medical faculty was not thought of, at that stage.

As recorded in the University’s on-line history, Places - Faculty of Medicine Online Museum and Archive, there was an attempt upon the life of Prince Alfred, Duke of Edinburgh on a Sydney beach in 1868. The Duke was taken to Government House and attended by the surgeons of HMS Galatea and HMS Challenger. The Sydney community raised money in thanks, and the Duke asked that the money be used to build a hospital (Prince Alfred Memorial Hospital). The University of Sydney granted the use of University land, provided that a] a portion of the land was reserved for a school of medicine and b] that the hospital be open for clinical teaching to students of the medical school. 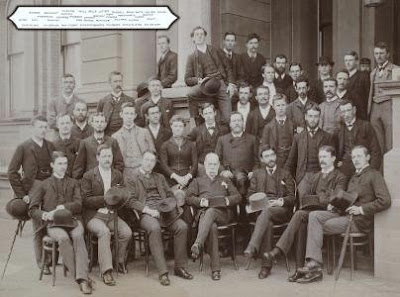 *
In 1882 Royal Prince Alfred Hospital opened and became the Faculty’s first teaching hospital. That same year, the government agreed to finance a medical school. The Faculty of Medicine was largely shaped by the hard work and brilliance of Sir Thomas Anderson Stuart, who travelled to Australia from Edinburgh. Anderson Stuart took up the Professorship at the University of Sydney in 1883 and immediately began the task of opening the medical school. In that first year, 4 students started their studies in a 4-roomed cottage built behind the Great Hall of the University.


It was a slow start. Of the 29 students who enrolled in the first three University intakes, 11 graduated in minimum time and 3 after repeating one or more years. But confidence in the quality of the medical degree encouraged increased enrolments so that by 1893, 10 years after its inception, there were 100 students. 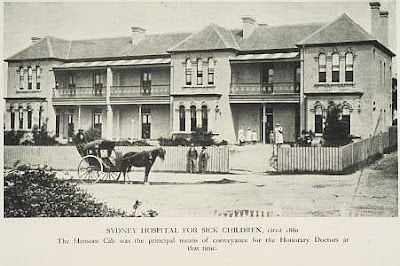 Anderson Stuart wanted a more suitable medical school and in 1887, a new building was commenced. The first part of this Tudor-gothic building, later called the Anderson Stuart Building, was designed by architect Edmund Blacket and finished in 1891. Like mid-late C19th university buildings in Britain, this building had ornate carved elements including crenellations, pinnacles and grotesques. 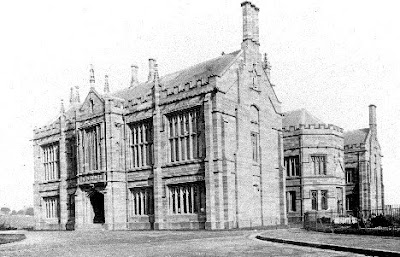 The Medical building certainly seemed to copy the Academic Gothic style of architecture popular in mid 19th century Britain, including the stained glass windows, pinnacles, quadrangle and so on. But the brick construction covered in granite may have been unusual.

Now I am coming back to medical practice in 19th century Sydney with a history of Dr William Bland. I will link the two stories.