Members of the #30plus MIRC channel were invited to consider their all-time favourite films and to submit a list of 10, in order of enjoyment. Thanks to the 31 people who spent many hours jotting notes, the process provoked many amazing discussions on line, but also around peoples' dining room tables.

The final list consists of films that were mentioned over and over again, with the most frequently nominated films having an asterisk attached.

This list does not seem to hang together cohesively. As some resp­ond­ents noted, there might have been a gender thing going on and perhaps an age thing as well. Since many of the respondents were North American, the preference for Hollywood might well have been a factor.

In the end people could use the list as a reference (both positive and negative) for their own film selections, and perhaps for some analysis as well. 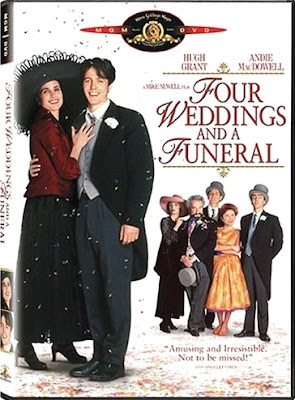 Years later I created a list of my personal favourites that I will now add.
Tea With Mussolini
Ladies in Lavender
Late Bloomers
The Best Exotic Marigold Hotel
Howard's End
Room with a View
The Shooting Party
My House In Umbria
The Lunchbox