I saw a film about my all time favourite American rock musician, Janis Joplin (1943-1970), called Final 24 on the Biography channel. Because this biography concentrated on the last day of her life on earth, they failed to mention that Janis Joplin appeared at Woodstock on the weekend of 16th-17th August 1969. However they did briefly mention the “Festival Express Train” across Canada in mid 1970.

Let me quote the summary of the film called Festival Express which was first shown at the Toronto International Film Festival, September 2003.

In the summer of 1970, a series of music festivals were held across Canada. After the first concert in Toronto, the musicians, roadies and a film crew boarded a chartered Canadian National Railways train. The Festival Express was the brain­child of two young promoters named Ken Walker and Thor Eaton. Not satisfied with assembling one of the most incredible travelling concert bills in history (performers included Janis Joplin, the Grateful Dead, The Band, the Flying Burrito Brothers, Eric Andersen, Buddy Guy, Great Speckled Bird, and many more) Walker and Eaton decided that packaging the tour in the form of a CN railcar moving across the vast landscape would make for good times and good music. 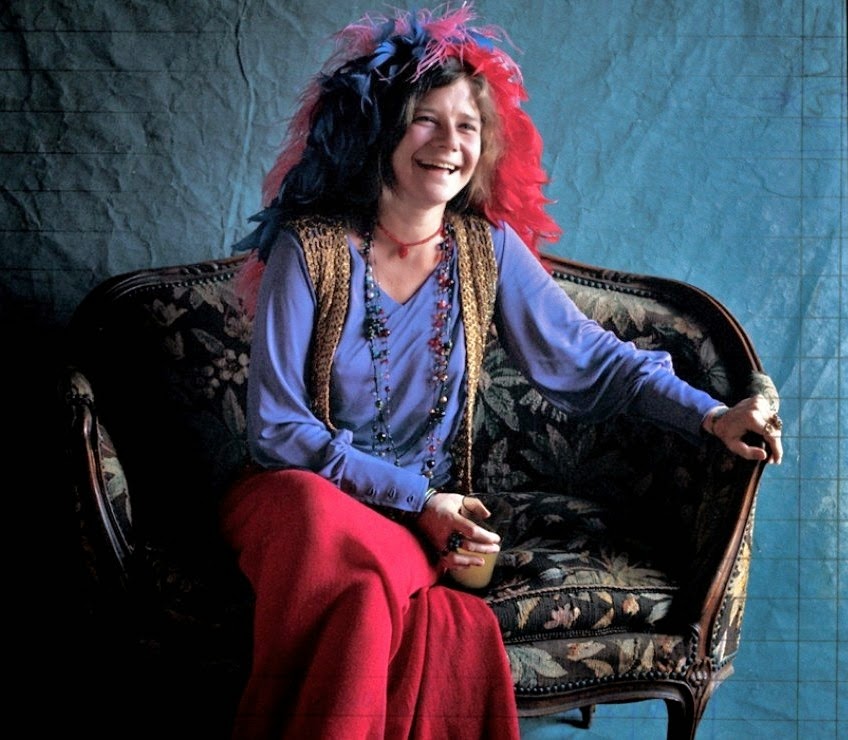 How right they were. At the crest of the musical and social explosion that was the 1960s, this contrast between the greatest musicians of their day and a leisurely mode of travel made for a combustible bell jar that vibrated with artistic camar­ad­erie. They rocked, rolled and jammed, all part of a bacchanal that chugged its way across the Can­ad­ian Shield and all documented on film. Although the Montreal and Van­couver arrangements fell through, they did play successful con­certs in Toronto, Winnipeg and Calgary, and slept, ate and boozed on the train.


The performers were confronted at every concert stop by protesters angry about the $14 ticket price but this did not prevent them giving their all for the thousands who flocked to see them. This never-bef­ore-seen footage, in which Willem Poolman captured performances both on stage and onboard the train, reminded the cinema-goers of the sheer electricity performers like Joplin were capable of creating.

The footage was lost in legal proceedings for years, but luckily 90 hours of raw negative and 40 hours of uncut sound recording found their way to the Budge Crawley vault in the National Archives of Canada. With music mixed by Eddie Kramer (producer of Jimi Hendrix, Led Zeppelin and Santana), Bob Smeaton’s documentary immortalised performances that, in comparison to those found in the controlled set-ups of most concert films, were unmistakably raw and immediate. Festival Express’ producers also rounded up a number of the surviving participants to interview them for the film, and to record their memories of the Canadian event 30+ years later. The film captured a uniquely Canadian experience and the spirit of an age. And it was according to all reports the longest party in rock-n-roll history!

It was said that Janis Joplin held the crowds in the palm of her hand, that the Canadian audiences sat enraptured. Appropriately she had three songs in the film – Cry Baby, Tell Mama and the incomparable Me & Bobby McGee. Joplin’s part in the Festival Express tour was also memorial­ised by a participant on the Canadian train trip. Rolling Stone writer David Dalton later wrote several articles and two books on Joplin.

During late August, September and early October 1970, Joplin and her band rehearsed and recorded a new album in Los Angeles with produc­er Paul Rothchild, who had produced recordings for The Doors. Alth­ough Joplin died on 4th October 1970, before all the songs had been recorded, there was still enough usable material to compile a long-playing record. This final record, released as Pearl in 1971, became the biggest selling album of her career.

Beautiful, talented Janis Joplin was 27 when she died from a drug overdose. I was inconsolable.

Live fast and die young and beautiful is not to be recommended but how we love those who did.

I wish that trip would have been across Australia in a train, not Canada. But it would not have happened here.

Shame about the Vancouver concert being cancelled. Young people on the west coast were looking forward to something wilder than their parents approved of. Including my parents.

Apparently she died unexpectedly from a much purer load of heroin than she had paid for. But in any case, she might only have lived another year or two, given her dangerous lifestyle :(

I am amazed the _Canadians_ allowed the train trip to go ahead. In Australia I think the chances of long haired, drug and booze-soaked peacenik, beatnik types being allowed to travel freely across our wide brown land was remote.

In 1969 and 1970, the police in Australia were still beating university students' heads over anti-Vietnam protest marches :(

as far as I can tell, Vancouver young people had already bought up all the tickets for their concert. Apparently the Vancouver Council did not rescinded the permit for a proposed concert until the END of the train ride. "Festival Express Takes Off" said politicians at that time did not greet the prospect of large rock gatherings with a lot of enthusiasm. I imagine that was an understatement.

Hello Hels, I would love to see the film Festival Express. The train trip was a great idea. Nurturing the arts means sponsoring trips like this and (as you have discussed before) supportive artists' enclaves, as much as patronizing the 'end-product' concerts and exhibitions.
--Jiim

Manitoba Music Museum echo'd your view totally. "The 14-coach private CNR train was a sort of rolling thunder revue crossing Canada with stops for concerts at several key cities. Onboard was the cream of the rock ‘n’ roll scene at that point including Janis Joplin, The Band, Grateful Dead etc. As Grateful Dead drummer Mickey Hart explained, Woodstock was a treat for the audience but the train was a treat for the performers! One lounge car was for blues and rock and the other was country and folk. There were jam sessions nonstop."

The documentary called Little Girl Blue was produced by Amy Berg and released in November 2015 in the USA. Musician Cat Power narrated a modern version of Janis Joplin's evolution into a star. Much of the new material came from letters that Joplin wrote over the years to her friends, family and collaborators.

In Feb and March 2016, Little Girl Blue will be showing to audiences across the globe.

Thank you. I will try to be the first person in Australia to see Little Girl Blue :)