The Jewish agricultural settlements of Argentina since 1880

By the 1880s, the Jews of Eastern Europe began arriving in large numbers, keen to find safe haven in South America. The timing of the wave of immigrated prompted a very fine German philanthropist Baron Maurice Hirsch to establish a Jewish Colonisation Association in 1890, set up specifically to help the new arrivals to become autonomous agricultural settlers. Fortunately Hirsch’s plan coincided with Argentina's vigorous campaign to attract immigrants.

The Russians, Ukrainians, Poles and Romanians arrivals did not speak Spanish, they had no money and South America seemed like a very mysterious, remote continent to them. So the majority settled in the big cities where they could find work and community support. However some moved to the autonomous agricultural settlements that were becoming established in three areas of Argentina: 1] Buenos Aires Province in the centre of the country and 2] Entre Rias Province and 3] Sante Fe Province, both immediately to the north of Buenos Aires Province. 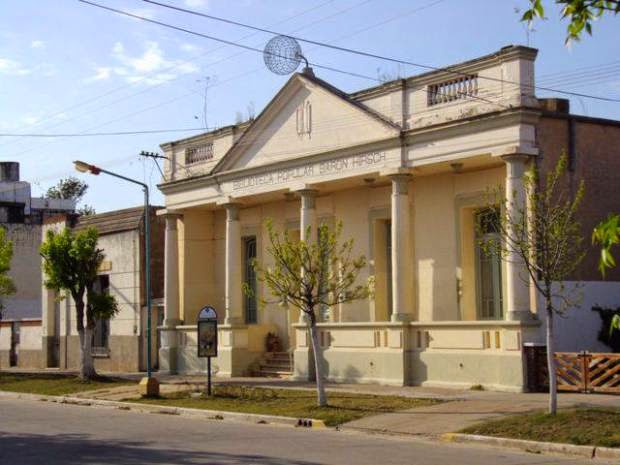 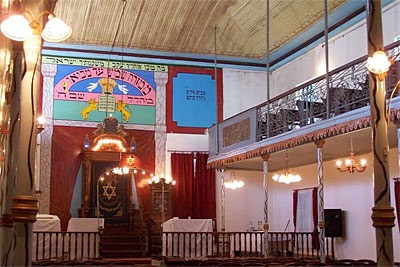 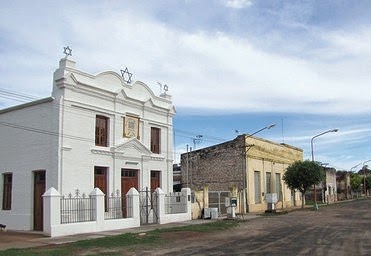 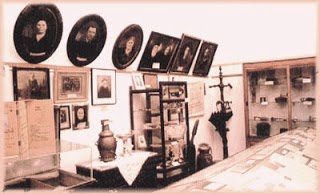 When one group of Eastern European Jews landed in Santa Fe Province in 1890, they were taken from the ship and settled in the colony of Moiseville/Moses Town. Coming from the cities and towns of the Ukraine, the original settlers must have had a difficult time, making a living off the land. They were more used to being shopkeepers, traders and craftsmen than they were wheat farmers or people who milked cows. And they may have starved, had it not been for the local gauchos who taught the settlers how to survive. The Jewish Colonisation Association bought 600,000 hectares of land, making Moiseville a proud settlement with all the facilities that a settled Jewish community would need: four synagogues, Jewish schools, and Argentina’s first Jewish cemetery.

Moiseville in Santa Fe Province was not a newly established settlement, but in 1891, one Jewish colony WAS established from the ground up by the Jewish Colonisation Association. In fact the members of Colonía Mauricio in Buenos Aires Province became contractually linked to the JCA. But this settlement was bound to succeed – the land was more fertile than at Moiseville and the railway links with the city were excellent. By the outbreak of WW2 the colony was a shadow of its former self, but today the Cemetery and Moctezuma synagogue remind tourists of what a well planned town this once was.


Some immigrants knew they were going to rural settlements. By far the largest group of Jewish colonies in Argentina was Clara in Entre Rios Province, which was established by the Jewish Colonisation Association in 1894. Settlers in Clara were pre-organised in Russia and brought in ten groups, of about forty families each. These were taken directly from the ships in which they arrived to the farms on which they were to settle, where houses, cattle, seeds, implements, and the food necessary for them between seed-time and harvest had already been provided. The first three groups to arrive were settled in three villages of fifty houses each.

Edgardo Zablotsky discussed the entire programme of Jewish agricultural settlements that were created: two in the provinces of Buenos Aires, seven in the province of Entre Ríos and Moiseville in Santa Fe Province. In total there were nearly 10,000 Jews settled on the land, mainly in Entre Ríos. This programme was a large experiment in social welfare, promoting the organised immigration of thousands of people from the old Russian Empire to Argentina and setting up agricultural colonies. To my mind, it was very much like the experience of urban Lithuanian Jews who were strongly encouraged to move south to Ukrainian agricultural settlements. Except in the Ukraine, there were no Yiddish-speaking gauchos.

I can clearly understand why Argentina wanted young, keen families to travel from Europe and settle the agricultural land. I can absolutely understand why Jews fleeing the Russian Empire and Central Europe loved Argentina’s open-door immigration policy. And Baron Maurice Hirsch’s magnificent plan to save the Jews of Eastern Europe from death and destruction speaks for itself. The only thing I am not sure of is why, since most new arrivals headed straight to the big Argentinian cities and to welcoming Jewish communities, some newcomers chose to be pioneers in small agricultural settlements. They were the true heroes of Argentina's Open Door policy of mass immigration. 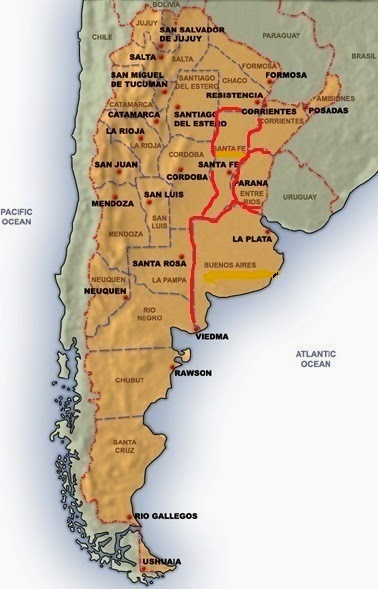 Map of Argentina.
Note the three provinces surrounded in red.
Entre Ríos had the majority of the Jewish agricultural settlements

The Jewish Colonisation Association's agricultural colonies have almost none of the great grandchildren of the original settlers. The third generation made its way to major cities, in a preference for academe over agriculture, visiting their parents on weekends and summer holidays. The fourth generation have only seen grandpa's photos.

This is all intriguing. As you say, the real pioneers were surely those who made individual settlements in the countryside. How strange that must have been for them. One can hardly imagine their hopes and fears so very far from their homelands.

Having recently visited Uruguay and, this winter we shall visit Buenos Aires, we shall keep all this in mind as we explore the old towns.

Hello Hels, Perhaps vast open lands inculcate a pioneering spirit in people. The United States had a similar pattern of development. Many people voluntarily left cities and entered wilderness areas to create a new life, often enduring extreme hardships. Sometimes there was a get-rich-quick aspect, as in the various gold rushes, but mostly people created new farms and agricultural communities. I am sure that Australia had a similar pattern. Free or cheap land helped, and in the case of Jewish pioneers possibly a distrust of society, but in the end we mostly have to credit an independent and adventuresome quality in these people.
--Jim

As you mentioned, the agricultural collectives in the Ukraine drew the most motivated, the most idealistic immigrants from Lithuania. Some people, including two of my grandparents, were prepared to take great risks for their ideals.

I am envious of you two - I have been travelling most years since 1966 and have never been to South America :(

In fact I did a 4 year degree in history and art history, and never even looked at South America, except as part of Spain's global colonies :(

what you say is particularly true of the Utopian communities eg when trade unionist William Lane founded his socialist utopia in Paraguay. 300 Australians moved to the new colony in 1893. What brave people they were!

That said, the more prepared the new arrivals were, the better they succeeded. So agricultural training back at home, before they got on the ship, was important. So were ready seed supplies and good horses, once they arrived in their new settlements.

I like the comparison to the agricultural colonies in Ukraine. But there was a big difference - the Ukrainian Plan was government designed, funded and supervised by a very keen Russian parliament. See http://melbourneblogger.blogspot.com.au/2014/01/jewish-agricultural-colonies-in-ukraine.html

The Argentinian government really did want to welcome new immigrants, but their agricultural colonies were supported by a charitable organisation.

I had already written in an earlier post about The Communal Historical Museum of Argentina in Moiseville's town hall. But I forgot :(

This is really compelling. Thanks for sharing! Among other things, this stands as proof to the role and importance of immigrants in any nation. I think this is why immigrants of all stripes should not be merely discarded. Benefits must be accorded to them, and all the legal assistance, which they may need to help them go through all the barriers and frontiers, as they journey into a place that they would call their homes.

it breaks my heart that we put desperate asylum seekers in prison camps surrounded by barb wire, or turn the little boats back out into the open ocean. After security clearances, we should be integrating people with English classes, basic housing and get their children into schools.

Desperate migrants one generation, our best citizens the next! My husband arrived in Australia with his migrant clothing sewn inside one pathetic pillow case. Now he is a medical specialist!

Hi Hels,
Thanks for the blog.
I am a descendant of the Jewish Gauchos from Moises Ville. My great-grandparents on both sides arrived there in the early 1900's. My grandparent's generation moved to Buenos Aires where I was born. We migrated to Melbourne in 1977 during the military coup in Argentina.

Very different to the refugee situation we have now. Both countries provided my family with opportunities for education and to become fully functioning members of the larger community.

Do you have any photos and written records from your great grand parents' generation? If so, The Historical and Communal Museum of Jewish Colonisation would love to hear from you.