The arrogance of wealth - no justice in a USA court

Aspiring singer Blanche Chesebrough had talent and beauty, but no money, so marriage to handsome Roland Molineux might have solved her problems. Son of a politically powerful New York family, Roland enjoyed a wealthy bachelor's life: rooming at an exclusive club, yachting in Bar Harbour, partying with America's rich and famous. But Blanche was falling in love with Roland's best friend. And the stage was set for murder.

Blanche Chesebrough had dated Molineux at several Knickerbocker Club functions where he introduced her to Henry Barnet, a successful New York City stock broker and member of the Knickerbocker Club. Barnet, instantly infatuated with the beautiful young woman, asked her out. She accepted, and when she did, Henry Barnet went from Molineux’s friend to his bitter rival.

In Oct 1898, Molineux asked Blanche to marry him. She said no because she was in love with Henry Barnet. About a month later, Henry Barnet took ill and suddenly died. The official cause of death: cardiac asthenia induced by diptheric poisoning. Eight days after Barnet’s death, Molineux again proposed to Blanche. This time she said yes. They were married in November 1898. 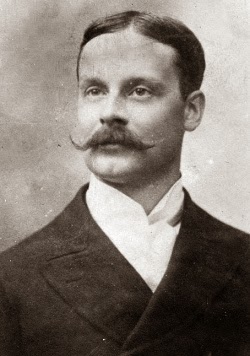 Harry Cornish lived as a tenant in a NY flat that was owned and occupied by his landlady/aunt Mrs Katherine Adams. After Christmas Mrs Adams awoke with a severe headache. To alleviate her headache, Cornish retrieved the remedy he had received anonymously in the mail just two days earlier. Mrs Adams doubled up in pain and collapsed; a few minutes later she was dead. The next day, Harry Cornish reported his land­lady’s violent death to the New York City District Attorney’s office.

Mrs Adams’ autopsy revealed traces of cyanide of potassium in her throat and stomach. Toxicologist Dr Rudolph Witt­haus had been a professor of chemistry and physiology at New York University for decades, and had testified in dozens of criminal courtrooms. When the press learned of Mrs Adams’ mysterious death, the case be­came headline news across the country. The secretary of the Knick­er­bocker Athletic Club thought he recognised the parcel’s hand­writing as belonging to a former member of the club, Roland Molineux, an elite athlete.

Detectives switched their attention to Roland Molineux. Roland’s father was wealthy, very well connected in the army and the Republican party, and was the president of a huge dye making company. Roland had followed his father into the dye business by studying chemistry, and then working as director of a dry colour factory in New Jersey. Roland hated to work, but mostly he loathed Henry Cornish.

Detective Carey believed that Roland Molineux, in an attempt to kill Henry Cornish, had accidentally poisoned Katherine Adams. The detective noted the following:
Mol­ineux hated Cornish (motive);
Molineux had training in chemistry (means);
Dr Witthaus had found that Mrs Adams had been killed by cyanide of mercury, used in the blending of dry colours in the dye factory where Molineux had been employed (means); and
the secretary of the Knickerbocker Club identified Molineux’s handwriting as being on the fatal package (opportunity).

When detectives learned of Henry Barnet's death, and of Barnet’s connection to Molineux’s wife Blanche Chesebrough, they became VERY interested in Molineux indeed! The links were powerful. The powder next to Barnet’s bed had been laced with cyanide of mercury, the same poison that would later kill Kath­erine Adams. The press ran with the story, linking Barnet’s death to the Katherine Adams case. The intended victims in both cases, Cornish and Barnet, had both been enemies of the same man, Roland Molineux! 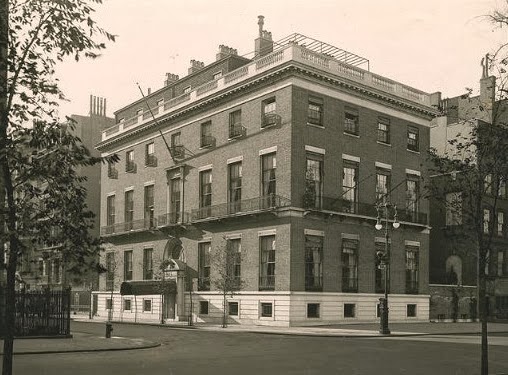 Detective Carey called in heaps of qualified handwriting experts to examine the evidence, to prove that Roland Molineux had written the address on the Seltzer package and two offensive letters.

The coroner’s inquest into Katherine Adams’ death began in Feb 1898 and lasted three weeks. The coroner’s jury ordered that Rol­and Molineux be tried for murder ONLY in Adams’ death. He was was NOT charged with killing Henry Barnet.

In Nov 1898, with national reporters in the courtroom, the Molineux trial started, focusing for weeks on the hand­writing evidence. In the meantime Molineux was beaut­ifully dressed and appeared to be disinterested in trivial matters... like the court case. In Feb 1900, after three months and a cost to the state of $200,000, the longest and most expensive trial in USA history till then, the jury found Roland Molineux guilty of murder in Katherine Adams’ death.

Molineux’s lawyer Mr Battle immediately filed an appeal for a new trial. In 1902, after serving two years in Sing Sing gaol, Molineux was granted a new trial. In the second trial, presided over by a dif­ferent judge, most of the questioned document evidence was excluded.

This time the defence decided to put Molineux on the stand. Beautifully groomed, Molineux denied any connection to the poisoned Seltzer or renting the mail boxes. In Nov 1902, after a very short process, the jury found him not guilty. But Molineux’s life fell apart. The gorgeous Blanche Chese­brough Molineux divorced him. Then in 1913, Molineux succumbed to the ravages of cerebral syphilis infection and was committed to a New York state mental hospital. Four years later, in 19l7, while still a raving maniac, he died at 51.

In 2014 the case might be forgotten. But Roland Molineux, whose sordid secrets exploded in the scandal of the century, had participated in a stun­ning courtroom drama where the arrogance of wealth could/did set a killer free!

Hello Hels, This is a fascinating case. One wonders just how Molineux justified these acts to himself.

It seems that New York high society was full of such murder/scandals, with the perpetrators getting off similarly lightly. One immediate thinks of the Harry Thaw murder of architect Stanford White, and the Edward Stokes killing of financier Jim Fisk.

I imagine there were two possible explanations. Either Molineux considered the killings to be in self defence and therefore not murder at all. After all Barnet was trying to steal Molineux's property (the lovely Blanche) and Cornish was stealing Molineux's peaceable life at the Knickerbocker Club. Mrs Adams' death was a total accident.

Or Molineux was truly so privileged and arrogant that ordinary work, laws of the land and ethical relations between people were not binding on him. He could not be guilty of murder if the victims, police, newspaper journalists etc were not of his lofty position in life. It reminds me of running over a dog in your car - unfortunate, but why was the dog out on the road?

Thanks for the other references. I will chase them up and look for similar pattarns.

What a story,should be a film

Did Blanche believe Roland and stand by her man? If she decided not to marry him in the first place, she might have been Number Three Victim.

this is the stuff of a great film. However it would be a very brave Hollywood director who depicted his own nation's legal system buckling under to the interests of the rich and well connected.

it seems that Roland's father, General Molineux, supported young Blanche financially throughout the time Roland was in court and then in gaol. However when the General's cheques stopped arriving, Blanche headed straight for the divorce court and left town forever.