Eugenia Falleni - a miscarriage of justice in Sydney

I read Mark Tedeschi’s book Eugenia Falleni: a true story of adversity, tragedy, crime and courage (published by Simon & Schuster, 2012) in two nights. The story is indeed tragic, but mesmerising in a car-crash sort of way. And I did not even mind the element of creative non-fiction - that is, while the evidence was based on official court records, the conversations were based on what might have been said.

Born near Livorno, Eugenia Falleni was the eldest of an extremely large Italian family. She migrated with the family to New Zealand in c1877 as a toddler, where her father became a labourer and horseman. From a very early age, Eugenia knew with 100% certainty that she was meant to be a boy; she wanted to work in physically demanding jobs, including in brickyards. In a horrible attempt to normalise her, the father married her off to an older Italian man in Wellington; fortunately she escaped him.

Her conservative Italian parents were disgusted with Eugenia’s behaviour and cut her off from family ties. This was the beginning of a life of secrecy and loneliness.

Eugenia/Eugene was happiest when she became a full time male and joined a trading boat as a seaman. Only after a few years on the boat did the Italian captain accidentally twig to Eugene’s true identity. As a result Eugene soon found himself tormented by the other crew members and the victim of repeated, brutal rapes by the ship's captain.

Eugene was dumped in a rural city in Australia, pregnant and without a cent. The baby Josephine Falleni was born in Sydney, and put into the care of an Italian family.


Eugene now took on a new male identity as Harry Crawford. After a series of working class jobs in pubs and factories, in 1912 Harry started to work for a doctor in an affluent Northern Sydney suburb, responsible for the doctor’s horses and carriages. It was there what he met the doctor’s lovely young housekeeper Annie Birkett, a woman who had been widowed and left with a beloved young son to support. In Feb 1913 after knowing each other for only a short time, Crawford and Annie were married in church in Balmain. 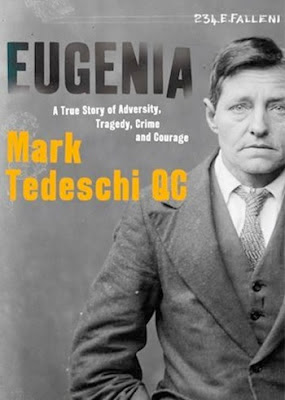 Soon after their marriage the couple moved to Balmain where Annie ran a lolly shop. Although their sex life seemed a bit limited and their arguments not infrequent, Annie was a happy wife. She no idea that her husband was a biological woman, and the publicans at the hotel where Crawford worked also believed he was a man.

In 1917 Annie heard about her husband’s true gender from a neighbour. She confronted Harry but he fudged the topic, fearing that Annie would go to the authorities. Worse, Annie decided to leave the marriage by having it annulled, whilst Harry desperately wanted the marriage to continue.

By October of the same year Annie suggested that the two of them have a picnic near Lane Cove River, to clarify their impasse. According to Harry's later evidence, the two of them had a fight because Annie stated that the marriage was definitely over. Apparently Annie accidentally slipped and fell backwards; she hit her head on a rock and he could not revive her.

Harry was in a total panic and as there was no-one else around in the picnic ground, Harry made the ridiculous decision to burn his wife’s body. He left it in open view but made sure it was unidentifiable. Naturally Annie's body was discovered within days, complete with cracks to the skull, but as the police could not discover the body’s identity, she was buried in a pauper's grave. When Annie's son asked Harry about his beloved mother, Harry replied that she had run off with another man.

The tragedy might have made him wary about remarrying, but apparently not. In 1919 Harry met the middle-aged spinster Lizzie Allison and fell in love. They married in September 1919 with Harry recording himself as a bachelor on the wedding certificate. He continued to work in a hotel.

In 1920 after not having any message from his mother, Annie's son had alerted the police to his mother's prolonged disappearance. This led to Annie's body being exhumed and identified. Harry was arrested for murder! He went quietly to the police station but begged that Lizzie not be told about the former wife and definitely not be told about the gender issue. In the event, Lizzie’s very happy life was devastated and she was never seen again. Another life wasted! 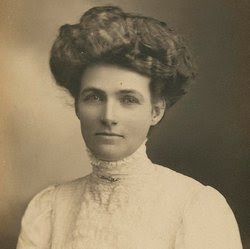 What a small, gossipy, spiteful, insular place Sydney was in the early C20th. Justinian said that it was a city of boarding houses and itinerants, with suffocating moral codes and an oppressiveness that came from keeping up appearances. The newspapers in Sydney engaged in a feeding frenzy of unrivalled proportions; they could not get enough of the sordid sleaziness of a woman passing herself off as a male, seeing him as a freak and a pervert. A fair trial was impossible and the all-male jury was sickened by the defendant.

In any case, the defence case was absurdly handled since there was no witness, no physical evidence of murder and because Harry adored Annie. The defence barrister, Archibald McDonell, should have made mincemeat of the pros­ecut­ion’s so-called witnesses, both the other picnickers who claimed to have seen the events and the pathol­ogists who claimed to be experts in this field. Archibald McDonell should have acknowledged that the burnt body at the picnic ground was indeed Annie Birkett since the deceased’s jewellery, shoes and false teeth had been firmly identified by Annie’s own son and sister.

The Crown Prosecutor at the trial was William Coyle, the very first Senior Crown Prosecutor for New South Wales and a canny, experienced barrister. His career was seen to prosper as a result of this case.

The trial raises a number of significant legal issues of interest, even today, including
-the standard and onus of proof required in a criminal trial
-role of the judge, jury, Crown Prosecutor & defence counsel
-the elements of murder and manslaughter
-the obligation of the police to take a suspect who has been arrested directly before a magistrate
-the official police caution and the right to silence
-the present day judicial discretion to exclude evidence
-the role of expert witnesses
-irrelevant and inadmissible evidence and exhibits etc

But … but … Australia still had capital punishment in those days, and when Harry was found guilty of murder, he was condemned to death automatically. Only later was it changed to life imprisonment, ironically, because the murderer was really a woman.

Harry Crawford was released after 11 years in gaol in Feb 1931 and quietly ran a boarding house in Paddington. He died in June 1938 and was buried in a pauper’s grave. The inept defence barrister quickly retired from the Bar and lived a few more years in self imposed isolation.

I imagine that most people who read the newspapers in the 1920s and early 30s have long died and the next generations of Australians tot­al­ly forgot about the story. In fact a detailed biography of Falleni/Crawford did not become of interest to academics and lawyers until the late 1980s. Gender studies became popular. People finally understood the difference between transgenderism, homosexuality and criminal offences. Had Eugenia/Harry lived now, official and institutional discrimination would have been banned and lives would not have been wasted.

For the author Mark Tedeschi, the senior prosecutor in New South Wales today, the lessons to be learned by the police, lawyers, judges and newspapers resonate still. Otherwise, as the book says: a press gone feral, a public clamouring for blood and an over-exuberant police investigation would lead inevitably to a miscarriage of justice.

It also rather says something about sex education at the time, when a woman did not quickly pick up that a man is not a man but a woman.

The book goes into detail about the instrument he used, the sex position adopted and the absolute darkness in the room. But yes exactly...the wives knew very little. And even if they wanted to broaden their knowledge, who might they have asked?

A great Saturday morning read Hels. Now for the book.

I would not normally be reading legal books, but Eugenia Falleni brought together topics that I do love - Australian history, the migrant experience, gender politics, the role of the press etc.

Well worth a Saturday morning in bed :)

I heard the author speak on the Falleni case where he mentioned seeking out the grandchildren of the protagonists. Did anything good come out of this horrible story to the baby born from rape? What about Annie's son from her first marriage?

the epilogue in the book follows each of the people touched by the case, then their children and grandchildren. For example the baby born of the rape grew up and had a tragic life herself. She married, had a daughter and died as an extremely young woman in 1924.

I have read with interest your review of my book. Thank you very much for such a comprehensive summary of the book and for your prompt response to my talk at Limmud Oz.

this is my blog's second touch with fame :) I reviewed Peter Singer's book Pushing Time Away in December 2008 and received a lovely letter from him as well.

I am glad I heard the conference paper and read the book in Sydney!

What synchronicity! I've had my review of Eugenia on hold for a couple of weeks before posting it, and I finished writing it on the same date you posted yours!
You're obviously not as troubled by the creative non-fiction as I have been. I'm glad that you enjoyed it too.

Good comment! In films and tv programmes, I cannot tolerate creative non fiction, especially if it is an era of history that I know a lot about.

But perhaps books are different.

The Trial of the (20th) Century appeared in Inside History Magazine, Jan-Feb 2014. The author of the book "Eugenia: a true story of Adversity, Tragedy, Crime and Courage" reflects on the process of writing this book.