The Jews of Kerala State (on the SW coast of India), who arrived in India some 2,500 years ago, settled in and around Cochin/Kochi as traders. They were attracted to Muziris, which was a thriving port that had trade contacts with the Mediterranean, the Middle East, China and East Africa. By the 18th century, there were 8 synagogues in five different Kerala towns and villages: 3 in Cochin, 2 in Ernakulam and one each in Parur and 2 other towns.

The Kerala Jews lived in safety, but it seems that most opted to emigrate to Israel after the new state was established in 1948. Some 75,000 Indian Jews left their homes, synagogues, schools and cemeteries behind; few families remained to look after the communities’ resources which inevitably began to moulder. 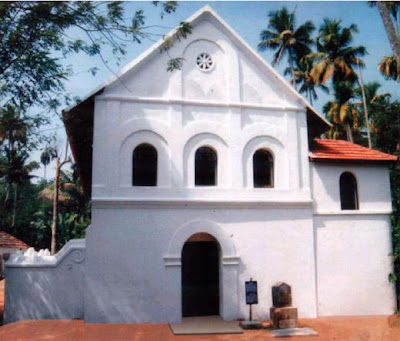 
An American architect, Jay Waronker, recently documented 34 synagogues across India, including 7 that he found in Kerala. Fortunately his work and watercolour versions of the buildings have been published.

Michael Freund noted Kerala State was keen to celebrate its multi-religious heritage. The state cherishes its composite culture and wants the synagogues to be sites where locals and visitors can have memories of the Jewish connection. The state government of Kerala, along with the central government, has put aside a large amount of money to renovate and restore temples, synagogues, churches and mosques. The entire initiative is known as the Muziris Heritage Project.

The first synagogue in Cochin, located in the quarter of Old Cochin known as Jew Town, was destroyed in the Portuguese persecution of the Jews in the 1500s. The second synagogue, built under the protection of the Raja of Cochin along with Dutch support, is the present Paradesi (foreign) Synagogue. The most visible part of the synagogue is the 18th century clock tower, which, along with other parts of the complex, underwent repair work in the late 1990s. This lovely building is decorated with hundreds of 18th century hand-painted porcelain tiles. 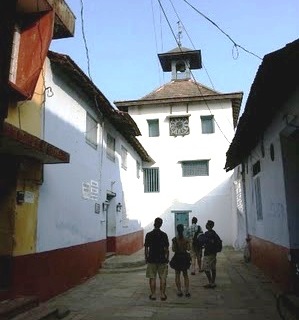 Not far from Kochi, the Paravoor/Parur Synagogue 1615 was built on the ruins of a synagogue that had already stood for 500 years. But a blaze in 1662 could have been set by the Portuguese colonisers since they had laid claim to Kerala and they burned the Paradesi Synagogue in Kochi about the same time. The Kerala Jews never suffered from anti-semitism at the hands of their Indian neighbours, but the Portuguese colonisers did try to institute the Inquisition.

Preservation plans for this Parur site were drawn up by an important Indian conservation firm, the same firm that had been commissioned by the Kerala office of the Indian Department of Archaeology to restore the nearby Synagogue of Chennamangalam. To reach the synagogue, turn from the main street of Parur onto Jews' Street. At the entrance to this street were two tall granite pillars, an indication that the Jews lived in a self-imposed ghetto.

The synagogue architecture must have once been very attractive; there's a colonnaded pathway that leads from the two rooms, at the street entrance, to the main entrance door of the synagogue in the small courtyard beyond. The stairs to the balcony have unusual flat, shaped supports for the railing and the balcony, with its decorated and gilded supporting beams, have already been restored.

But many important elements were removed. And as the synagogue had not been used since the 1970s, even the remaining elements required repair and restoration. On top of the neglect of 30+ years, the monsoonal climate had a harsh impact on the exterior base, windows, roof tiles and external doors.


Parur’s synagogue was built in the traditional style of Kerala. The style combines white-washed polished lime over a soft reddish-brown local stone walls, timber framing, deep eaved roofs covered with terracotta tiles, wooden latticed screens and large shuttered windows. Drawing from the vernacular design of the region, the influences of the Portuguese and Dutch imperialists, Hindu and other religious building practices, the Parur synagogue added its own Jewish liturgical elements, resulting in a distinct approach to synagogue architecture.
* 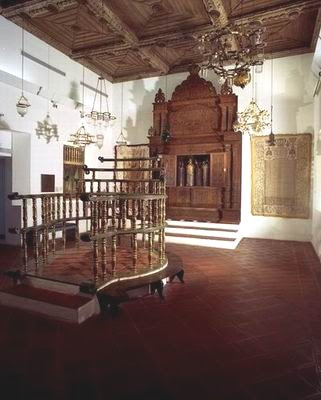 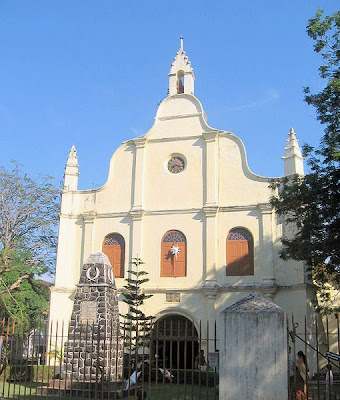 Let us compare Parur synagogue to local Christian architecture, built in approximately the same era. St Francis CSI Church 1503 in Kochi is the oldest European church in India and has great historical significance as part of European colonisation of the sub-continent. The Portuguese explorer, Vasco da Gama, died in Kochi in 1524 whilst visiting India. His body was, for some long time, buried in this very church. 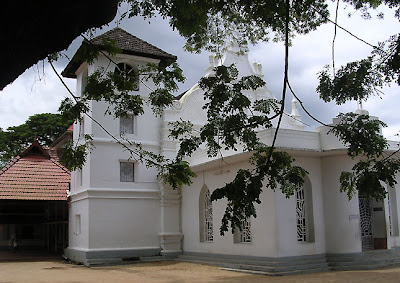 Examine St Thomas Jacobite Syrian Church 1566 in North Parur where the mortal remains of the Syrian Orthodox Archbishop of Jerusalem were entombed. When founded, the new church was consecrated in the name of St Thomas the Apostle; the event was inscribed in old Tamil script, in a granite plaque embedded in the wall near the church’s front door.

St Mary’s Church in Bharananganam was first built in 1004 AD, initially  a small church that may have looked like a local temple. When the Portuguese were in command of the affairs of the Christian communities, they wanted to rebuild churches in Christian style.  Finally in the very early 20th century, St Mary's had become large and Gothic, although still built with local materials. 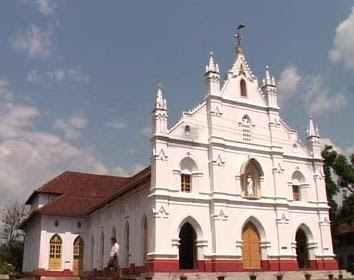 Bharananganam may not be the largest town in India, but St Mary's became very important when a local woman died and was eventually canonised. Pilgrims flocked to St Alphonsa's grave in the firm belief that illness could be miraculously cured there. The church was renovated just before Pope John Paul II arrived to honour St Alphonsa in 1986, the first ever papal visit to Kerala and India's first ever female saint. 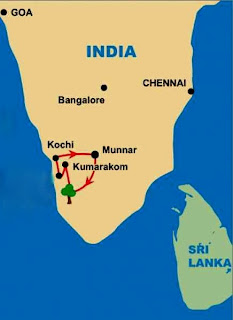 I have friends who are Zoroastrians from and getting to know them helped me to get to know India much better, but it's easy to forget how many cultures, religions, and languages exist there.

Chris,
how right you are. And I think Kerala thinks about it in the same way.

Kerala state recognises its diverse culture and is prepared to put up money to renovate its beautiful old churches and synagogues.

Even when those buildings are used for different purposes, these days.

Have you ever found that you start on one topic and end up somewhere else? In four weeks from now I have scheduled a post about India that was initially not intended at all. I was reading about one thing and became totally fascinated in something else.

I love the white-washed look, the terracotta tiles, wooden lattices and shuttered windows. Very sensible for a hot climate. Red brick gothic architectre would be silly.

NSC Network says the ancient church buildings in Kerala conformed to the Malabar style of architecture. The ancient Churches externally looked like local pagodas, except for the crosses that were put on the roofs and in front in the open air.

I hope that is true.. but I cannot find any top quality photos of Hindu temples in Kerala to compare.

I realise that I am 2.25 years late, but an article worth reading was just published. The Parur Synagogue In South India was written by Jay Waronker and Shalva Weil and appeared in The Jewish Magazine, Feb 2012, http://www.jewishmag.com/162mag/india_synagogue_parur/india_synagogue_parur.htm

I am pleased to be helpful. One never knows who is going to read a post and what difference it might make. Good luck with your studies.