The territory of Siberia is larger than that of all Europe put together and covers about 14 million square kilometres, stretching across taiga and steppes. Despite the size of the territory, the population of Siberia is relatively small - not more than 30 million. 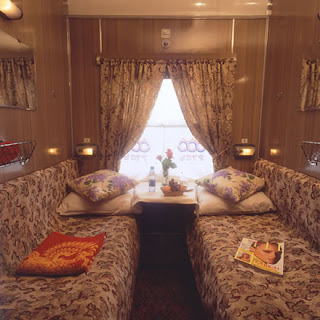 The rest of Eastern Europe was developing at a great rate of knots in the late C19th. But the development of Siberia was hampered by poor transport links within Siberia and with the rest of the country. Clearly communication alternatives were limited; for 5 months of the year, rivers were the main means of transportation but what happened with the rivers were frozen over?

The first railroad projects in Siberia were mooted after the Moscow-St Petersburg Railway was successfully completed in 1851. Siberia's governor was already anxious to advance the colonisation of the Russian Far East. But from the vantage point of the capital city, St Petersburg, it must have seemed too far and too difficult. The good citizens of Irkutsk, Omsk and Krasnoyarsk, who already lacked the cultivated high life of the western cities, must have been very frustrated. 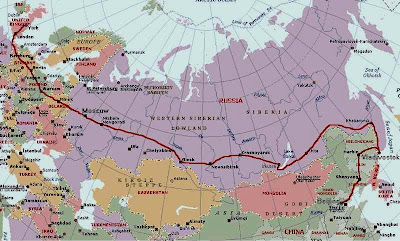 Train route across Europe and Asia

The plans and funding for the Trans-Siberian Railway to connect the capital, St Petersburg, with the Pacific Ocean port of Vladivostok were approved by Tsar Alexander III. It was his son, future Tsar Nicholas II, who turned the first sod in 1889. The Imperial State Budget spent a gigantic fortune, once construction on the Trans-Siberian Railway was in full flow: 1891-1913.

The main route started in St Petersburg, via Moscow, Chelyabinsk, Omsk, Novosibirsk, Irkutsk, Ulan-Ude, Chita, Blagoveshchensk, Khabarovsk to Vladivostok via southern Siberia. People who are interested in the additional Chinese Eastern Railway should look up its history separately. Suffice it to say it was operated by a Russian staff and administration based in Russian Harbin. 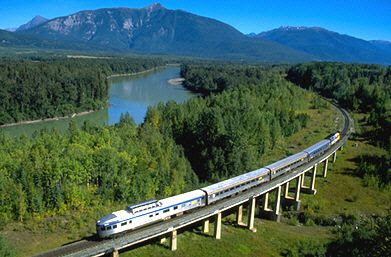 The Trans-Siberian Railroad is not a special tourist train, meandering aimlessly around castles, distilleries and ski resorts. It is a working train, for both produce and local travellers. Nonetheless there are two classes of cabins today: a second class, 4-berth compartment or a first class, 2-berth compartment. Only the first class wagons have their own showers. Each long distance train has a special restaurant car where the three meals a day are served; decent dishes using Russian, European and Asian recipes are available. The club room, complete with bar, is available for socialising.

At 9,259 ks, spanning a record 7 time zones and taking c6.5 days to complete the journey, it’s the longest single continuous service in the world. Including Moscow and Vladivostok, it stops at about 18 towns and cities. Visitors are usually impressed by the engineering feats involved in travelling across half the world: bridges, tunnels and super duper railway stations. And the natural world: see the large Siberian rivers, taiga forests, magnificent lakes and endless steppes.

Epic Journeys Around the World concentrated on the Siberian landscape, including the Gobi Desert and Lake Baikal. 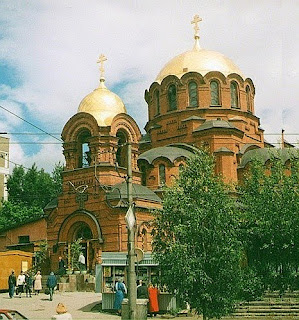 I was more interested in cityscapes, particularly the cities of Novosibirsk and Irkutsk. The large Siberian centre, Novosibirsk (population 1.45 million) really only started in 1883. Yet the Novosibirsk State University has a very fine reputation, the city has an active theatre life and St Alexander Nevsky's Cathedral is gorgeous. Irkutsk (population 600,000) is a beautiful town known as the Paris of Siberia, full of old churches, brightly painted shutters and log houses décorated with wooden lacework. It is a city of museums, literature and sports. 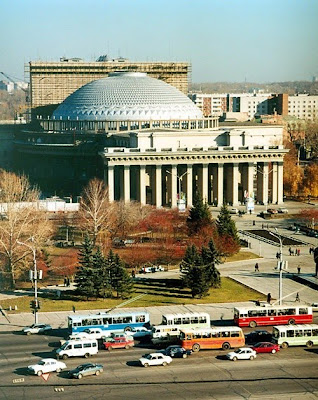 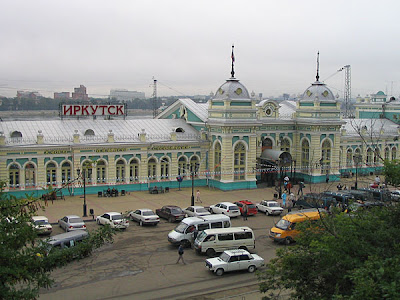 For a less historical and more personal report on this long railway treck, read Biedjee's blog or David Roger's blog.
Posted by Hels at 29.3.10

I did the trip and found 4 people in a cabin too squashed and too messy. So the way to go is to break up the trip as often as possible. I recommend spending a day in each of the main cities along the way and catch the next train coming along. Another recommendation is to hang around in the bar carriage and meet people from all over eastern europe.

How stunning...although I imagine after multiple days on a train it could get a bit repetitive. Love the idea of stopping in a few spots though...and of course of staying in a cabin with a shower as well.

Interesting post. I have heard of it in the past. Keep these stories coming.

Fascinating. A trip I have always wanted to make, but probably never will. The reality is probably very different than the imagination, so maybe I'll just look at the photos and imagine.

Awesome..!!You really had a good and nice trip huh?I am glad that you did enjoy your trip..!!I love the photos especially the third one.!!I wish I could also have a trip on those places..!Good post.!!

Thanks for the excellent post, Helen. I'd love to take this trip one day. I actually just blogged about a few different resources for learning more about the Trans-Siberian Railway over on my blog and mentioned this post :)

Lots of good information in your posting, I bookmarked your blog post so I can visit again in the near future.