An Edwardian State of mind recommended an amazing book about the post World War One years called “The Great Silence” by Juliet Nicholson. I was interested in the subject and had already written in an earlier post about the Australian Historical Mission. Their primary tasks were to report on the state of the war graves at Gallipoli. But a television programme caught my eye and, alerted by The Great Silence, I thought I better watch it.

The National Army Museum in Chelsea tells how, since 1918, the battle fields of France and Belgium have yielded a terrible harvest. Every year the bodies and possessions of lost soldiers of World War One (1914-1918) are being unearthed. 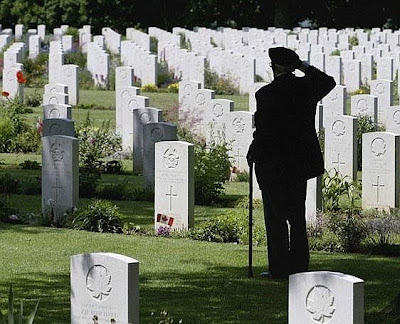 Fabian Ware originally arrived in France in September 1914 at the head of a mobile British Red Cross Society unit. He quickly realised the importance of recording burials, for the solace of relatives and the morale of the soldiers. So Ware’s unit was charged with recording and caring for all of the graves they could find. Their work was recognised in 1915 with the official foundation of the Graves Registration Commission.

But thousands of bodies were never found in the battlefield clearances during or after the War; at least 100,000 from British and Commonwealth armies alone had been missed. As well, the remains of thousands of German soldiers lay undiscovered and hidden from history. Tonnes of abandoned equipment, munitions and other debris were left buried in the remains of the trench systems, each piece having a story to tell. 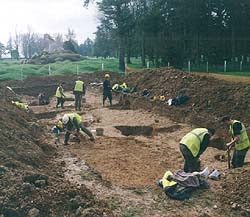 Travelling to infamous battlefields of that war, a group of archaeologists, forensic experts and historians carefully excavated the past, to preserve the memories of the shattered lives that ended there. The Western Front stretched for 640 kilometres and so far the archaeological teams have examined only a tiny fraction of the trench system, mainly on the Somme in France and around Ypres in Belgium. "Finding the Fallen" is a film series that travels to battlefields in Ypres, Serre, Loos, Beaumont Hamel and Passchendaele, alongside the historians and archaeologists.

The programme on Serre in France located three bodies who were buried where they had fallen in 1915. From the uniforms, dog tags and personal possessions, the experts were able to reassemble their lives and their deaths, including the towns they had come from, their wives, their children and their jobs. It was absolutely moving, to be able to see these men given a decent burial, complete with a named tombstone, 95 years after the Battle of the Somme. Jakob Hönes’ family in Munchingen was informed and was very involved in the research. Albert Thielecke’s family in Halberstadt, if there is anyone still to be found, have not yet been located. 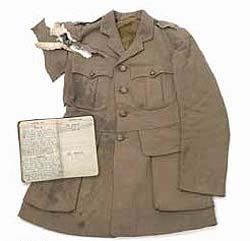 Uniform and diary, located in the trenches

kae's bloodnut Australian blog saw the Fromelles Belgium programme and was equally moved. percy smith, anzac wrote a beautiful Australian blog about her grandfather in Flanders and France. British respondents in the Great War Forum, on the other hand, did not like the series very much. So I wonder if it is a colonial thing.

Plugstreet blog is a Great War project exploring sites around Comines-Warneton and Messines in Belgium. Since 2007, the project has been being led by members of No Man's Land - The European Group for Great War Archaeology and the Comines-Warneton Historical Society.

A Blog About History posted some poignant examples from the 6,000 personal artefacts that were recovered from WWI mass graves in Fromelles, including a personal bible with passages underlined by hand and small photos showing British soldiers on their way to the Somme. Heart breakingly personal relics.
Posted by Hels at 30.1.10

Tonight I saw my normal Saturday night viewing, the BBC programme called The Ancestors. Unbelievably it was about this post's topic.

For several years a local group of voluntary archaelogists, known as The Diggers, have been working on a site of the former front at Boesinghe, near Ypres Belgium.

Following the fighting in April 1915, the trenches were established here and hardly moved for the next two years. The ground was finally captured, during the Battle of Passchendaele in July 1917.

In the course of their work The Diggers found relics of the men who fought and died here, and the remains of 124 soldiers from all 3 armies (French, British, German) who died there. They found trenches, light railways, guns, bullets, belts, badges, smoking apparatus and boots.

Pressure was on The Diggers to find, clean, record and archive the material in museums, because the area was being turned into a new industrial estate. Belgian orkers were putting concrete slabs on the ground, as we watched, soon to cover the historical areas of Boesinghe for ever.

My grandfather was lucky to come home from WWI, although he suffered for many years because of mustard gas.

It must have been terrible for all the families who simply didn't know.

Chris, your grandmother was indeed very lucky, getting her husband back, in whatever condition he found himself. My grandfather also. He lost a kidney and spent the rest of his life in and out of hospital, but he DID survive the war in Egypt and Palestine.

Rudyard Kipling spent the last years of his life in an obsessive, fruitless search for his only son, who had gone missing during some hopeless battle in 1915. In one sense Mr and Mrs Kipling were marginally fortunate. They lived in Britain and could make the trip relatively easily. I cannot imagine what Australian, New Zealand, South African, Canadian and Indian mothers did :(

So I wonder if it is a colonial thing

I think it is incredibly important to remember that there are different sides to all wars and many young, idealistic men lose lives on all sides. I think that is why I loved the book The Book Thief so much as it gave a perspective I had never encountered before.

I can barely comprehend how many people died in WWI but to think that so many remain without proper burials is heartbreaking. Good for them that they are taking steps to rectify that.

An Edwardian State of mind recommended an amazing book about the post World War One years called “The Great Silence” by Juliet Nicholson I think this is a important and interesting historic book.

Thanks Term Papers. As you can see from the first line in the post, I had written "An Edwardian State of mind recommended an amazing book about the post World War One years called 'The Great Silence' by Juliet Nicholson." I hope you enjoyed the book. And my post.

I'm sure the programmes you mention must have been very moving - while we were in France we traced the grave of my husband's Great Uncle who was buried in one of the many small cemeteries near Arras, and we found it very moving to make the connection with him.

The Commonwealth Graves commission does a fantastic job of keeping up these small graveyards in the middle of nowhere.