Varian Fry (1907 – 67) was an American journalist. While working as a foreign correspondent for an American paper, Fry visited Berlin in 1935 and was very distressed by Nazi violence against Jewish citizens. 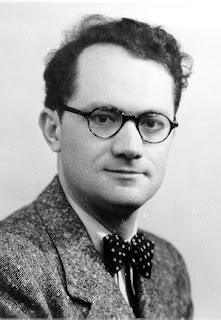 Following the occupation of France in August 1940, Fry was still distressed by what he knew what going to happen to the Jews. He went to Marseilles as an agent of the newly formed Emergency Rescue Committee, in an effort to help persons wishing to flee the Nazis. Fry had a rather small pot of money and a short list of refugees under imminent threat of arrest by the Gestapo. Soon anti-Nazi writers, avant-garde artists and musicians were begging for his help.

Despite the pro-Nazi Vichy regime, Fry and his small group of volunteers hid refugees in a safe home until they could be smuggled out. 2,200 people were taken across the border to the safety of neutral Portugal from which they made their way to the USA. Others he helped escape on ships leaving Marseilles for the French colony of Martinique, from which they could go to the USA.

The rescue network was essential to his success. Miriam Davenport, a former art student at the Sorbonne, and Mary Jayne Gold, a wealthy cultured woman who had moved to Paris in the early 1930s were two American women. When the Nazis invaded France in 1940, Gold went to Marseilles to work with Fry and to fund his operation.

Most important was obtaining the visas Fry needed for the artists, writers and academics. He could not have succeeded without Hiram Bingham IV, an American Vice Consul in Marseilles who fought against US State Department anti-Semitism. Like the Japanese consul in Lithuania, Chiune Sugihara, Bingham was personally responsible for issuing thousands of legal and illegal visas. 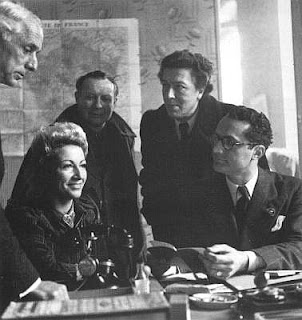 The list of people who escaped Nazi Europe, with the help of Fry and others, is like a roll call of European culture. A handful of famous names will suffice: Max Ernst, Hannah Arendt, André Masson, Franz Werfel and Alma Mahler Werfel, Jacques Lipchitz, Jean Arp, Marcel Duchamp, Heinrich Mann, Marc Chagall and André Breton.

Needless to say, Fry’s efforts did not endear him to the authorities in the USA. He was recalled several times by the American government and ignored every recall. He was finally ousted by the Vichy French government as an undesirable alien, for protecting Jews and anti-Nazis, in September 1941. His activities in France caused the Federal Bureau of Investigation to keep him under surveillance, thus preventing this hero from ever working for the USA government. He wrote and spoke critically against USA immigration policies, particularly relating to the issue of the fate of Jews in Europe. In The New Republic Dec 1942, he wrote an article with dire warnings called "The Massacre of Jews in Europe".

Many artistic émigrés found their way to New York City where Peggy Guggenheim exhibited their work at the Art of this Century gallery, which she opened in 1942. Another amazing photograph was taken during a gathering of these artists at her New York apartment. Guggenheim did not rescue them (apart from Max Ernst) but she helped their survival and integration, once they had safely landed on American soil. 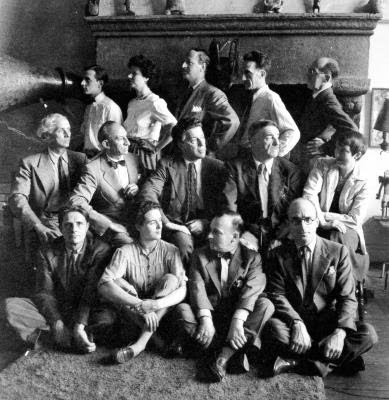 At least the government of France recognised Fry's heroic efforts with the Legion of Honour in 1967, the only recognition he was alive for. In 1991 and 24 years after his death, Fry received his first official medal from a US agency, the United States Holocaust Memorial Council. And in 1995 Varian Fry became the first American citizen to be listed in the Righteous Among the Nations in the national Holocaust Memorial, Jerusalem. What a shame that he died in 1967.

If you think only the USA and French government were right wing, anti-Semitic and anti-refugees, and that their anti refugee policies was only enacted during the chaos of World War Two, consider the plight of refugees today. The few, miserable refugees who escape the carnage in Iraq and Afghanistan head for Australia in leaky tug boats. The right wing response in Australia, from 2000 to 2010, has been to imprison the refugees in Pacific island camps behind barbed wire fences and to demonise the rescuers as criminal thugs. We have learned nothing from Varian Fry, Sir Nicholas Winton, Raoul Wallenberg, Chiune Sugihara or Oskar Schindler.

Other blogs have recommended books about Fry:
Isenberg, Sheila A Hero of Our Own, Random House, 2001
Marino, Andy A Quiet American: The Secret War of Varian Fry, Macmillan, 2000.
McClafferty, Carla Killough In Defiance of Hitler: The Secret Mission of Varian Fry, Farrar, Straus and Giroux, 2008

A 2013 international symposium, Varian Fry in Marseilles: The Culture of Europe in Exile 1940-42 revealed the role Marseilles played as the cultural capital of exile during WW2. This conference offered fresh perspectives on the notion of exile of European intellectuals and artists It explored the work of exiles in Provence, their treatment in internment camps, and their efforts to escape to North America. It also raised the question of memory and how today’s generations remember and interact with this chapter in Provençal history. The programme is still available in French.

Another great post. I'd only heard of him, good to recognise his courage and humanity.

I just finished reading "The Thirty-Six" by WWII survivor Siegreich Siegmund who now lives in Melbourne. The way Jews were dehumanised by the Nazis prior to the Holocaust is a reminder to us of the dangers of jingoism and extreme forms of patriotism. People like Fry who can stand against this sort of discrimination are to be treasured.
tff

Thank you for reminding people. (Or telling people in the first place.)

The list is so long that I will resist adding to it (the committee in France).

Yesterday I saw Jacques Lipchitz's "Tree of Life" on Mt. Scopus.
Thanks to you, I will now have this story of his rescue to think about.

Thanks for the inside story.

Though it is politically incorrect to say it, to draw a parallel between those talented Jews (the "Chosen People") and those being turned back in Australia is misguided. There are desirable refugees and then there are undesirable refugees. Australia has a right to determine its destiny.

It is also completely wrong headed (mushy thinking) to draw a parallel between what is happening today in Iraq and Afghanistan and what was happening in Europe in the 30s.

Tom, thanks for your comment. Of course every nation has to carefully check who is trying to get in via claiming refugee status. To do otherwise would be absolutely irresponsible.

But anyone who tried to come here to escape certain death in Nazi Europe faced exactly the same problem as people who face certain crisis in Afghanistan, Iraq etc today. Australia and the rest of the world didn't want to know about European genocide and almost every country took as few refugees as they possibly could.

Our least glorious moment was regarding the Conference on German and Austrian Jewish refugees which was held in Évian-les-Bains in France in July 1938.
See: http://melbourneblogger.blogspot.com/2009/11/dunera-and-its-jewish-internees-in-1940.html
The language hasn't changed much in 70 years.

Fry and his team DID stand up against their nation's immoral refugee policies and paid a very great price. Ditto Raoul Wallenberg who disappeared into a Russian gulag and was never seen in Sweden again. Ditto Chiune Sugihara whose life was blighted by the Japanese government after the war.

The only hero I know of who was NOT punished by his own government was Sir Nicholas Winton, but he couldn't even tell his own wife about his role in saving 699 children. See http://melbourneblogger.blogspot.com/2009/09/sir-nicholas-winton-ordinary-man.html

How many of us would be prepared to pay that great a price?

I received a comment from Mr or Ms YoungW21087 saying Nice post - !!! which unfortunately had pornography attached (accidentally or otherwise). Thanks for the note.

I have added a reference to a conference just completed called "Varian Fry in Marseilles: The Culture of Europe in Exile 1940-42". If your French is good, it sounds well worthwhile.