Sir Stamford Raffles: a scholarly exhibition at the British Museum

Young Thomas Stamford Raffles (1781–1826) was first employed as a clerk at the British East India Company in 1795 and ten years later he was posted to Malaya with the Company. Lord Minto, governor-general of India, appointed Raffles as an agent to the governor-general of the Malay States in Oct 1810. Very quickly Java was seiz­ed from the Dutch, and Raffles was appointed Lt-Governor of Java.

As governor of Java, Raff­les might have slipped back into tradit­ional colonising behaviour, but no! Instead he int­roduced partial self-government, ban­ned the slave trade, restricted the opium trade, led an exped­it­ion to re­build Borobudur and other important local sites, and ended the hat­ed, exploitative system of Dutch land management.

Raffles’ views were modern. As well as being anti-slavery and against the cap­italist exploitation of rural workers, he disliked cock-fighting and gamb­ling, distrusted missionary proselytism and despised capit­al pun­ishment. He was sensitive to, and interested in local cult­ure. Raffles went out of his way to learn the local languages, esp­ec­ially Malay. And he was a passionate collector of Javanese cul­t­ural artefacts and manuscripts. Raffles was a free trader and imperial­ist, but not an exp­loit­er of loCAL populations.

So why did he eventually lose his position in the East India Co? Raffles’ unilateral abolition of slavery in Indonesia was not going to go down well with the men. The Company forced Raffles to return to Britain in 1817, to vindicate his reputation at the end of his term as Governor-General of Java. Still, he used the time wisely, writing and pub­lishing a scholarly book: History of Java. He was no lightweight; the collections of scholarly relics and records that Raffles brought back from the East were hugely valuable.


In Dec 1818, Raffles went in search of a new British settlement to replace Malacca. Malacca was one of the many British territories that had been returned to the Dutch under the Treaty of Vienna (1815). Raffles feared that without a strategic British trading post located within the Straits, the Dutch could gain control of trade again. Raffles arrived in Singapore on board a ship in Jan 1819, accompanied by William Farquhar and a sepoy. 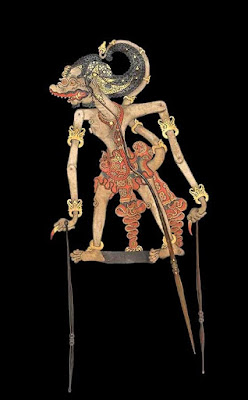 So why did he choose Singapore as the centre for the East India Co’s empire? A] The small island was geographically half way between India and China. B] There were no dreaded Dutchmen on the island of Singapore. C] Raffles believed that Singapore had once been a fine city in the original, pre-Muslim Malayan civilisation.

By 1819, the area had been little more than a village with fishing nets and some indig­en­ous Malays. So it was only when Raf­fles signed an off­icial treaty with Sultan Hussein Shah in Feb 1819 that the British East India Company had the right to set up a trading post in the new British settlement. The Sultan was handsomely paid, of course.

Raffles wanted a plan to remodel Singapore into a modern city. His plan comprised separate clusters to house the diff­erent ethnic groups and the provision of facilities: roads, schools and government buildings - Arab St, Chinatown and Little India all survive. Originally a swamp land, the areas grew into a thriving business district in the 1800s when traders brought spices, coffee, gold dust and pearls.

Raffles also devised a set of regulations for Singapore’s harbour, helping to establish the settlement as a free port. Raffles also instituted a court system and magistrates, to ensure order in the settlement. Finally one of Raffles’ priorities was the formation of an institution of higher learning to educate the sons of the Malay chiefs; to teach the native languages to officers of the East India Co; and to collect the literature on the laws and customs of the country. Raffles laid the foundation stone of the Singapore Instit­ution Free School in June 1823.

Soon after he returned to Britain in 1824 and with the Singapore mat­ter settled, Raffles turned to his passion for botany and zool­ogy. This talented man was a founder and first president of the Zoological Society of London, in 1825.

Decades later, Singapore had grown as a crucial cross­­road for trade and shipping. The British used the position as a tactical tr­ading outpost along the spice route. Established 1886, Raffles Hotel grew as one of the last great colonial-style hotels, well known for its lux­urious accommod­ation and fine food. Raffles hotel still houses a tropical garden court­yard, museum and Vict­orian style theatre. 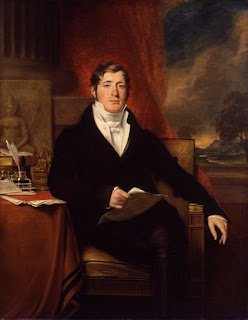 The Raffles Hotel complex also includes a Museum where artef­acts of various types are disp­lay­ed. In 1987 the government declared the hotel a National Monument and two years later, the hotel was totally renovation.

Unfortunately most of Raffles’ treasures from Sumatra, and his official and personal papers, were lost. The ship intending to take them back to Britain in 1824 sunk, along with much of its precious treasure trove. Fortun­ately, the objects that did not drown are now in the British Museum. So while not much is known about Raf­f­les’ collecting practices in Sumatra, the objects now on display provide a vital record of the art and court culture of early-modern Java. While the purpose behind Raffles’ collection related to Enlightenment concepts, the objects themsel­ves provided glimpses of the relationships between colonisers and locals. Raff­les collected wonderful cultural objects during his years away, ob­jects that may otherwise have disappeared from the history books.

All masks made of wood and gold. All from early 1800s.
Photo credit British Museum

This year, until mid Jan 2020, the British Museum Exhibition is presenting Sir Stamford Raffles: Collecting in Southeast Asia, the rich variety of objects from Java and Sumatra collected by Sir Stamford Raffles. From theat­rical puppets, masks and musical instruments and scul­p­ture, his collection explores C19th Javanese soc­iety and its earlier Hindu-Buddhist traditions. The show investigates how Raffles assembled his coll­ection, shedding more light on collecting and colonialism in this part of the world. And it reveal how Raffles understood S.E Asian cultures.

My main knowledge of Raffles centred on his Long Bar and on the famous Singapore Sling.

the connection between Stamford Raffles (died 1826) and Raffles Hotel (opened 1886) was real but circuitous.

Raffles founded his Education Institution in 1823, a college to provide education for the children of local leaders in the new British colony of Singapore and to employees. When an old hotel closed in the early 1880s, the Raffles Education Institution took over the hotel building, to use it instead as a boarding house. I am not sure what happened to the boarding house idea, but by 1887, a beautiful Raffles Hotel had opened on that old hotel site. It must have been a delight.

Hello Hels, What an interesting and enlightened person Raffles was. Too bad about so much of his collections being lost. I wonder if there has been any serious effort to determine how much cultural property has been lost in shipping. I recall from reading about excavations in Egypt and the Middle East that many objects shipped from there likewise ended up sunk. Organic materials, of course, would not last but stone, ceramic, and some metal objects are presumably waiting right there in Davy Jones' locker. So many huge stone sarcophagi and statues were shipped to Europe that it is a wonder that more weren't lost!
--Jim
p.s. I have lost so many individual items in the ordinary parcel post that I can sympathize with those shipping an entire huge collection.

I wonder if Stamford Raffles' reputation was intentionally downplayed because he was far too modern and equalitarian for many of his late 18th century cohorts. Or if it was because the ship intending to take them back to Britain in 1824 accidentally sunk, leaving Raffles' legacy without much of his written records, images and scientific collectibles.

At least these days we can keep a backup copy of everything we write, draw, photograph, sing etc. But imagine if some rare objects were broken, stolen or lost. We never recover from the loss :(

I am rather like Train Man. He sounds like such an enlightened man for his time. I'd love to see the exhibition, but it is so far away.

I just wish he had lived long enough, back in Britain, to keep on writing and collecting. His colonial career ended in his early 40s and he was only 45 when he died.

You have shone an illuminating light onto a very interesting man. I don't think he is recognised for the extraordinary talents he had. I think his name has mainly lived on through the hotel!
CLICK HERE for Bazza’s cruelly clownish Blog ‘To Discover Ice’

The Singapore Sling has always been synonymous with Raffles Hotel. Made of gin, cherry brandy and Bénédictine with a dash of bitters and Cointreau, and finished off with pineapple and lime juice and grenadine, it was perfect for the warm climate of the region.

This pink gin-based cocktail was invented in 1915 by the head barman at Raffles. He wanted to allow ladies, who were banned from drinking alcohol in public, to disguise their alcoholic drinks as punch.

Singapore was always my first stop on the trip from Melbourne to London. Partially because it is British Commonwealth and also because I could sleep overnight and shower in comfort. What an amazing island for shopping and touristing.

Too sweet and too pink for my taste, but the Singapore Sling has been critically important. I know Raffles was legitimately the Founder of Singapore, but it was probably this cocktail that put Raffles on the world map for travellers.

What a fascinating story! I’d heard of Raffles, of course, but never the details. I’ve been to Singapore twice, but only as a stopover to somewhere else. Some day I’ll go back and have a better look.

The fall of Singapore in 1942 was a humiliating military defeat by the Japanese, with hundreds of thousands of civilians and soldiers killed or put into prisoner of war camps. Even when the Japanese surrendered in 1945 and even when Singapore become independent in 1965, Australian and New Zealand parents hesitated about their university-aged children visiting.

Re the exhibition being too far away, I had a look at my reader statistics in this blog to see where people live. In order:
United States
Australia
Germany
United Kingdom
Russia
France
Canada
Norway
Ukraine and
India.

I hope at least these readers can benefit from exhibition news in their countries.

I recommend you read

Fascinating and well-told, Hels. I confess to knowing little about Raffles, something I need to rectify - but he sounds delightfully ahead of his time.

the modern analyses of Raffles are very mixed, but I stand by my sources :)