Personal diaries have always been essential, to save historians from being totally dependent on royal chronicles and military reports. But what were the chances of a mid-17th century home-based book surviving fires, wars and bombs, and lasting until today? Slim!

Samuel Pepys (1633-1703) wasn’t a member of the aristocracy or gen­try. His father was a London tailor who married a but­ch­er’s daught­er and had 11 children. He was sent to Huntingdon Grammar School in 1642, just as King Charles I started the British Civil Wars. At 15, Pepys watched the execut­ion of the king in 1649. He att­end­ed Mag­dalene College Cambridge and gained a reputation as a boozer.

After university, Pepys got lucky; he linked up with relatives who were gentry, and patrons. Cousin Edward Mountagu was a high-ranking naval officer who hired Pepys as his pers­on­al sec­ret­ary. Pepys had a couple of years to learn every­thing he would need, in order to rise in society: to dance and to buy fash­ion­able men’s clothing. 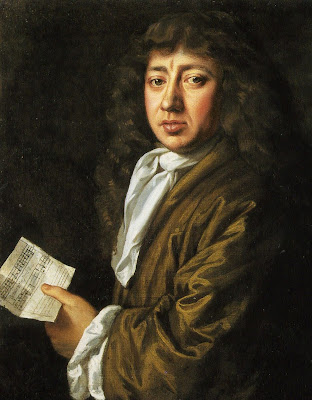 Pepys married 14 year old French Huguenot Elizabeth de St Michel in 1655. It was a stormy relat­ionship with a fiery temper on Eliza­b­eth’s side and constant infid­elity on Samuel’s side. In 1658 Pepys underwent a lithotomy, rem­ov­al of a kidney stone via very scary surgery.

Lord Protector Oliver Cromwell died in 1658. When the Rump Parlia­ment was recalled in early May 1659, Lord Protector Rich­ard Crom­well resigned in late May 1659 and the Puritan Commonwealth ended, British life changed.

Pepys’ first diary entry, Jan 1660, had an intimate introd­uction to life in White­hall with his wife. He was moving up in the world, working as a teller for the Excheq­uer. And this was when he used his writing skill and his passion to describe the world around him. Thanks to all the articles in The Diary of Samuel Pepys. From his detailed writing, it was clear he really liked wine, plays, music and the intimate company of many women.

A power vacuum had opened after the Commonwealth ended, leaving Britain terrified as to who would seize power. The return of monar­chy was seen as the safest option, so cousin Edward Montagu quickly allied himself with those wishing to restore the king.

An invitation reached Charles in May 1660, asking him to return to Britain as the next king. Montagu was asked to sail his fleet from Dover and wait at sea, while parliament voted. Now Montague had a new opportunity for Pepys, one that took him into the heart of Eng­lish politics. Pepys accompanied Montagu as his secretary, spending some days in The Hague and writing diary entries.

On board ship, Pepys list­ened in awe while Charles told tales of his difficult escape from Worcester 8 years before. On 25 May 1660, Charles landed in Dover after his exile ended. 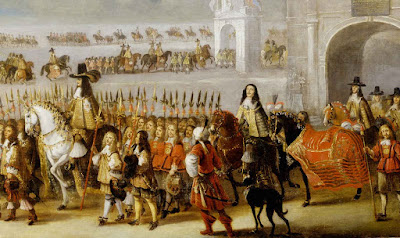 The King’s coronation was the source of much joy after the Puritans’ tyrannical reign. Pep­ys re­corded the founding of the Bank of England and the app­oint­ment of Henry Purcell as organist of Westminster Abbey. He wrote about the contemp­orary court, his household and major polit­ic­al and soc­ial events. And the newly reopened theatre became his passion, as did the coffee houses. Pep­ys recounted having attended 100+ plays and enjoyed the publication of Thomas Hobbes' Leviathan and John Milton's Paradise Lost.

When Montagu was made Earl of Sandwich by Charles II, he in turn rewarded Pepys with a role at the Navy Board. This came with an attractive salary and a home at the Navy Office. He was an effective member of the Board, and this allowed him to rise to more prominent positions eg Justice of the Peace; adminis­t­rator in the English colony of Tangier.

Pepys lived in central London during the Great Plague that swept the city in 1665, sending his wife to Woolwich to save her. He was distressed at the number of graves dug and how many poor sick peop­le were in the streets, full of sores.

Worse suffering followed; Pepys described the Great Fire of London in 1666. He recorded a scene of chaos as people struggled to save their children, and goods that they flung into the river. Pepys, who now moved in the inner circles of court, personally informed Charles II of the fire’s progress, rep­orting the destruction of 13,000+ homes and c90 parish churches. He said that unless his Majesty commanded houses to be pulled down, nothing could stop the fire. 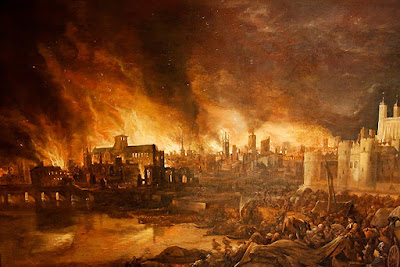 Photo credit: On This Day

In any case the glamour was fading. Years after Charles was crown­ed, Pepys thought Charles didn’t have the right priorities. He rec­orded that while the Dutch burned the English fleet at Medway, the king was hunting and dining with Lady Castlemaine. It seemed hypocritical that Pepys was quick to condemn the debauchery of the court yet continued his own adult­eries. In 1667, he wrote that the King and Court were never in the world so bad as they are now for gaming, swearing, whoring and drinking, and the most abominable vices that ever were in the world”.
Remarkably Pepys had surv­ived the Great Plague that killed 100,000 Londoners, and in 1666 his home narrowly escaped the fire that razed four-fifths of the city. But he stopped writing his diary in May 1669 due to poor eye­sight! Six months later, Elizabeth died from typhoid fever.

Continuing to climb the political ladder, Pepys was elected as an MP first in Norfolk in 1673 and then MP for Harwich in 1679. In these years he introduced many improvements and expansions to the Navy while Secretary to the Admiralty, and was widely respected.

But he acquired a few powerful political enemies as well. Accused of complic­ity in the Popish Plot, of selling naval secrets to France and of piracy, Pepys was imprisoned in the Tower of London for six weeks in 1679. He was eventual­ly discharged. In 1689, he was gaoled for plotting to restore the exiled King James to the throne and a year later, he was re-arrested on susp­ic­ion of being involved in an insurrection to restore James.

Pepys retired from public life and lived quietly into old age. He died in 1703 at 70.

At Magdalene Cambridge, Pepys' own college, the Pepys Library is a rare example of a C17th private library and one of the most significant collections of books and manuscripts in British history. The diary, written between 1660-69, was found in this college in 1825, when the shorthand and censored version was pub­lished. The uncensored version first appeared in the 1980s by Hyman of London, supplemented with commentary from prominent hist­orians.

I saw a film on the Civil War just this week, and cannot believe how miserable life in Oxford and other cities was. Pepys was both lucky and unlucky to live through this vital era in British History.

Even though Pepys didn't start his personal diary until after the Civil Wars and Oliver Cromwell's Protectorate, he was certainly influenced throughout his life by those terrible years. The brutal execution of King Charles I, for example, was mentioned many times

I have a soft spot fro Samuel. i once read a really good book which was his diary combined with historical facts and opinion . I lent it to someone and never got is back:(.
Samuel's wife apparently had some sort off chronic infection which made sex very painful is probably the reason that she never had children . Samuel certainly played away from home rather a lot and may have even been responsible fro her illness but it is thought that this was a problem from early in their marriage .Apparently three was a high turnover in domestic help in the Pepys household .One can only surmise as to why !!
Apparently during the great fire he buried his wheel of Parmesan cheese which was incredibly valuable in his garden and was able to dig it up later . i understand his library was the basis of one of the large and famous libraries in England ???Bodleian??? I know the shelves that he commissioned still house his books . He seems to have genuinely loved Elizabeth but obviously there were severe problems in their relationship.I remember when I read about this relationship thinking that it wasn't as straight forward as" he was a rat "

It was Claire Tomalins ." Pepys The unequaled Self" and his library can be seen a Magdalene College in The Pepys building .

I wonder why a censored version was published.

Hello Hels, Regarding Andrew's comment, I don't think that it took much to censor a diary in 1825.

I loved reading Pepys' diary--it gives such a vivid picture of the times, and many of the people and places mentioned in 17th century (Restoration) drama are discussed and put into context.
--Jim

I too wondered why they didn't have children. Firstly Elizabeth was 14 when they married and most likely wasn't menstruating yet, so Samuel may have moved onto other women straight away. Secondly he had some nasty diseases, of which at least one was venereal disease. Thirdly he was travelling or visiting so often, there may not have been too many opportunities to create pregnancies.

But although I felt sorry for Elizabeth, Samuel's diary was so well written and so well observed that we forgive him his very, very active sex life. And where would mid 17th century history be without Samuel's written insights?

Many thanks for the reference, Samuel Pepys: The Unequalled Self by Claire Tomalin 2012. The best part of blogging is learning of new material from readers. Re his library, I will add a paragraph to the post.

When Pepys was writing, he never thought about publication and so never had to censor his own work. When the diaries were in fact up for publication the first time, the publishers were shocked by the author's own words (and deeds, presumably)! In the first edition barely half of Pepys's manuscript was printed, but as the result of protests, more passages were added in subsequent editions. Wheatley's 1893-9 edition, although containing a large proportion of the passages suppressed earlier, still had omissions which Wheatley declared could not possibly be printed under any circumstances.

Either readers were very sensitive back then or Pepys was a Very Naughty Boy.


true! Even in the 1890s, the Morality Police attended Moulin Rouge in Paris to check that the dancers didn't kick too high.. otherwise the viewers might see knickers under those waves of petticoats.

Pepys' diary gave a very vivid picture of the era because he was privileged enough to be in the right place at the right time. But more than that. His insights into politics, religion, cultural presentations etc were not replicated by other contemporaries.