Thank you for these History Carnival nominations. Let me know which you enjoyed.

BRITAIN & EUROPE
The late Norman “Little Malvern Priory Church” was ready in 1171. In 1480 the Church & lodgings were ruined, so Bishop Alcock had the site re­paired. See Cherie’s Place.

"The Literal Bones of the World" is in Myths 'n Monsters.

“Cold Sea Bathing in the Georgian Era” is in Geri Walton. Its therapeutic properties were most helpful for those who indulged in idleness or debauchery. The salt was important.

In A Visitor's Guide to Victorian England, “Victorian Crime: Murder in the Suburbs” noted that crime was low. Yet in the early 1880s, there were two Manchester murders that had an uncanny link with shocking events c30 years later.

“Meet the Man Who Saved Kenilworth Castle” is in English Heritage Blog. Sir John Siddeley bought the castle in the 1930s and made it public. See his story and see the exhibition of Armstrong Siddeley’s cars and planes.

The British royal family dropped their German surname in 1917 and refashioned themselves. The equivalent anti-German campaign in South Australia is in “The Centenary of the House of Windsor 1917–2017”, in History Matrix.

“Fitzrovia, London” in To Discover Ice tells of the suburb that became a artistic and bohemian community. Centred around Fitzroy Square, the area celebrates historic pubs, restaurants, media companies and literary homes.

In Heritage Bulletin, “Tothill Street, our first Headquarters” showed how the Women’s Voluntary Services for Air Raid Precautions was founded in 1938. The hidden histories of one million wartime women have been digitised. 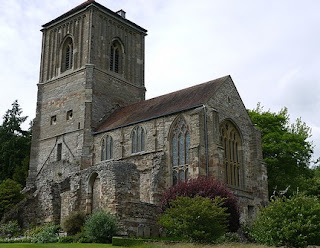 "Material Culture from Below" in the many-headed monster. An Early Modern Europe Conference talked of methods used in material cultural history of the gentry-aristocracy. But what about the common people?

The blog Dirty, Sexy History has a] "I Thought they Had Been Nuns: Great Wine & Failed Sexual Transactions", b] "Fanny Burney and Her Mastectomy" and c] "Sex, Contraception, and Abortion in Medieval England".

Regarding the popularity of cycling in 1900 and the laws that the riders broke, see"Breaking the Law on Two Wheels" in The Chemung County Historical Society.


In Mental Floss see “A Forgotten George Gershwin Musical just made its American Debut”. In 1982, crates of musical manus­cripts by Porter, Rodgers & Gershwin were discovered in New Jersey. His 1924 musical Primrose was discussed.

“Webster Hall Will Return” was published in The Bowery Boys. From 1886, the hall hosted the Greenwich Village Ball till the 1930s, a dancing bacchanalia for artists, bohemians and drag queens. It's now a New York City landmark.

“Laundry Methods During the American Revolution” is in 17th Regt. of In­fantry in America. See a] formal guides to wash­ing laundry b] civilian & military notations about laund­ering in the American colonies, and c] personal observations.

Naomi Clifford wrote “The Eruption of La Soufrière on the West Indian Island of St Vincent” in 1812. Alas the British were preoccupied with imm­in­ent naval war against the US. Worse, St Vincent was the centre of the Anglo-French War.

“A Montesorri School, Tchai­kovsky and a Murder” is in Daytonian in Manhattan. The Queen Anne style, 4-storey brick-stone dwellings were in West 74th St NY. Read of the different owners, illegal speak­easies and a 1932 murder. 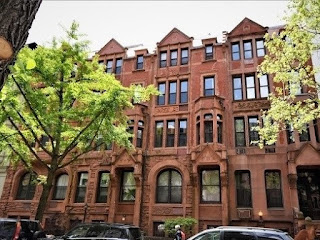 MUSEOLOGY  Blog of the Courtier talks of “Finding fakes: new museum confronts old problem head-on”. With newer scholarship, San Francisco’s Mexican Museum has discovered that some of its prize possessions may be unreliable.

“Who should own the Koh i Noor Diamond?” is in Art and Architecture, mainly. Nations in Central Asia will be in court over this diamond. When does an historical treasure need to be repatriated abroad? And to which country?

The Second World War Research Group has a] "French Recruitment of Colonial Soldiers in Morocco after German Occupation of Paris”; b] "When Britain meets Free France: Coalition Warfare in French Equatorial Africa" and c] “The Italian Navy and Japan: Strategy and Hopes, 1937-1942”.

Read From Balloons to Drones for a] "Air Power in Technicolour", and b] "Blinded by the Rising Sun? American Intelligence Assessments of Japanese Air Power, 1920-41".

I found myself drawn by the headline Laundry Methods During the American Revolution. It was quite interesting and who knew clothes laundering back then was such an involved process.

Hello Hels, As far as I am concerned, just being nominated makes each of these authors a winner. How can just one article be picked when the scope and subjects of these posts are so different? By exploring these sometimes obscure subjects, the byways of history are kept alive and before the public.
--Jim

It was quite interesting and who knew clothes laundering back then was such an involved process.

I don't read war blogs but I do love city histories. Like Fitzrovia.

as host of the History Carnival this July and August, I was asked to include all nominations except if a post was unacceptable (eg racist). So I had no idea which posts would be nominated, nor did I know ahead of time which posts would be interesting to the readers. Good on you for liking Laundry Methods During the American Revolution.

we tend not to move out of our comfort zones when reading blogs, selecting books or in any other intellectual situation. So creating a carnival of history posts from a wide range of blogs was a brilliant idea. I hope people take the chance of expanding their reading, even if it is just once a month.

who knew indeed. Before this carnival, I might not have even looked at a blog called 17th Regt. of In­fantry in America. I suspect people might be adding to their Favourite Blog List, down the side of their own blogs.

my favourite was "Webster Hall Will Return” was New York. I love the idea of dancing, drinking, costumed bohemians, rocking on until WW2 ended all frivolity.

Can you add a link to the previous history carnivals?

Wow, I was surprised/shocked/honoured to see To Discover Ice among these worthies! Thanks. I will need to come back and do more reading although I have already seen some of these. This post must have taken you a long time to prepare. There are so many wonderful angles and approaches that some fellow Bloggers have used. I love it!
CLICK HERE for Bazza’s inveterate Blog ‘To Discover Ice’

Thank you. Each monthly carnival appears in a different person's history blog, so I added just one organising URL, called "Welcome to the History Carnival", to my post:

Ideally the person also adds Comments About The Nominated Post, thus cutting down on the work left for the monthly host to perform. I was very grateful for those comments, believe me :)

Thanks for including us! You have a great blog here :)

my pleasure. The History Carnival is a learning experience for us all.

Hello again. After a LOT of reading, I think I enjoyed Mental Floss's story about George Gershwin most enjoyable although there were some other really engaging pieces. Some of the posts were a little too academic for me and (note to historicalnerdery01): I find uncaptioned photos frustrating.
CLICK HERE for Bazza’s fastidious Blog ‘To Discover Ice’

agreed!! The most amazing thing about the George Gershwin post was the totally unexpected nature of the find. Experts expected that everything that could be known about Gershwin's, Porter's and Rodgers' music was already known. To unexpectedly find crates of musical manus­cripts in New Jersey might simply have expanded the musical knowledge base or... it may have changed it altogether.

I would feel the same way if a new Vermeer was unexpectedly discovered. Every art expert in the world would now have to rethink Vermeer's total oeuvre.

Koi Seo's comment is spam. I am attacked daily by 'him'. The spam takes a snip from a previous comment, in this case mine. I suggest you delete his post and this one.

thanks for the heads up.

I delete comments as spam if
a] they contain advertising
b] the comments were automatically sent to the Spam box or
c] they use vulgar, sexist or racist language

If someone writes, "great blog thank you", I don't delete it. But my response will also be very brief - "pleased to hear that".

The History Carnival is a learning experience for us all.