In reviewing Peter Stanksy’s book, Sassoon: The Worlds of Philip and Sybil (Yale UP, 2003), we need some historical context. The Sassoon family were Iraqi Jews who specialised in carpets, silk, cotton, spices, pearls and later opium. The first truly mobile family member was David Sassoon (1792-1864) who built an international business in Mumbai and staffed it with Baghdadi managers. Even the managers moved between countries, asked to run the branch offices of his business in India, Burma and Malaya. Soon David opened up in China - where the beautiful Sassoon House/now Peace Hotel on Shanghai’s Bund is famous still. Later in Shanghai Sassoon’s massive Cathay Mansions, The Grosvenor Mansions and Grosvenor Gardens apartments, all built from 1929 to the early 1930s, were elegant and modern. 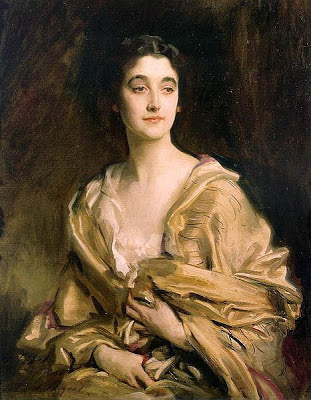 David's sons cornered the shipping industry in India and then China, to free up David so that he could extend his endless charity to facilities for the sick, the poor and the young. Son Elias (1820-1880) opened offices in Hong Kong and Shanghai. Another son, Albert (1818-1896) took on the running of the firm in the next generation, and built the famous Sassoon Docks in western India. Albert later became prominent in England and became great friends of the Prince of Wales, later King Edward VII. In Britain a third son, Sir Edward Sassoon (1856-1912), married one of the Rothschild daughters, and was a Conservative member of Parliament from 1899 until his death. That seat then passed to his son Philip (1888-1939), the subject of this book.


Sir Philip Sassoon (1888-1939) was born in Kent, to a Sassoon father and a Rothschild mother, and studied at Eton and Oxford. Stansky showed that this glamorous and well-known figure, born to very rich parents, was the greatest host of his time, mixing with the great and the good in the arts and in politics. But was he really one of Britain's most important political, cultural and social figures of the C20th, hugely popular from royalty, down to his humble constituents? And how well integrated into British high society was he? 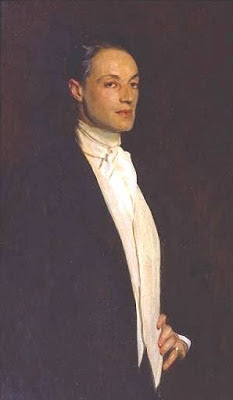 His father dying quite young in 1912 was sad, but it was not all tragic news for Philip. The young man “inherited” the Hythe electorate from his father, along with his baronetcy and the family fortune. Certainly Philip's election as the youngest Member of Parliament, from 1912 until his death in 1939, was carefully documented. As was his service as military secretary to Sir Douglas Haig during the bulk of WW1 (1915-1918) and as parliamentary private secretary in David Lloyd George’s cabinet after the war. Sir Philip became the nation’s Under-secretary of State for Air (1924-29 and 1931–37). Finally a wise Prime Minister chose to make Sassoon the First Commissioner of Works and Public Buildings (1937-39).

In the 1920s and 30s Philip became very involved in the art world, particularly as the trustee of important museums. In his city home in Park Lane, he bought many works by John Singer Sargent, J.A Whistler, David Bomberg and Wilson Steer, Thomas Gainsborough and Johann Zoffany. So Philip was hardworking, well connected, an art patron, mega-generous to his charities and in the right place at the right time. But he was Jewish, gay and his grandparents were not English-born.

My favourite section of the book examined Philip’s building and renovation of his country homes. Port Lympne Mansion in coastal Kent (built in 1912) had a very grand triumphal staircase, marble a go go and murals. Trent Park Herts was bought by the family in 1909 and inherited in 1912 by Philip. These homes enabled him to be surrounded by the gardens and collections he personally found to be beautiful. And to open up his private life to endless hospitality, including to members of the royal family and members of Parliament. Trent Park and Port Lympne became bases for paintings, sculpture, Rex Whistler's tentroom, murals, rich ironwork staircase, Moorish courtyards and impressive garden design.

Plus they became home away from home for the artists he chose to patronise, especially John Singer Sargent. Other than Sassoon, how many other aristocrats opened their doors and held influential art exhibitions in their country homes? And how many politicians were in regular correspondence with art world celebrities like Lytton Strachey, Roger Fry and Virginia Woolf?

Although Philip’s sister Sybil (1894-1989) was as well educated as her brother, she was depicted as living a less public existence. Yet this was the Sassoon who married into the dizzying heights of the greatest English noble families. In 1913 she married George the Marquess of Cholmondeley, had three beloved children and restored Houghton Hall in Norfolk. There were two connections here that would melt the heart of the hardest historian: 1. Houghton Hall had been the home of Prime Minister Sir Robert Walpole in the mid 18th century. And 2. Sybil brought her own great art collection into Houghton, given that the sale of Sir Robert Walpole's collection to the Russian Czarina Catherine the Great had left some serious gaps. Her patronage was quieter than her brother's, but still significant.

I loved the book and I loved the images. Stansky was spot on when it comes to discussing great wealth, the English aristocracy, Jewish families, gay men, great art and modernity. But let me quote two other journal articles. Ferdinand Mount noted that almost everyone who met Philip Sassoon described him as "strange, unknowable and Oriental". Philip Hoare (BBC History July 2003) said the Sassoons (Philip and Siegfried) remained "exotics and sexual outsiders". Their conclusion was that Philip in particular was too far removed from Anglican aristocracy to be truly beloved. I agree. Only Sybil was fully accepted.

More about Siegfried Sassoon in 2013. 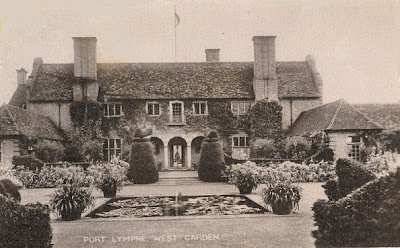 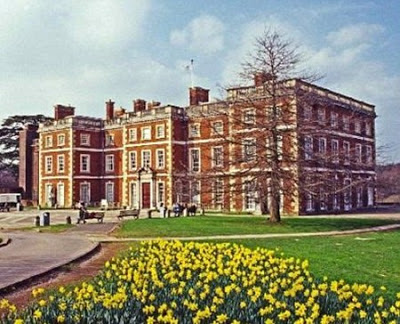 'strange, unknowable and Oriental'. How intriguing. I look forward to more.

A great quote for the coming new year. Let’s start thinking more of others and less of ourselves. Nice post.

The Sassoon name is as you say, well-known in Hong Kong, but theu were eclipsed by the Kadoories.

I have added a link to Art Deco Buildings. I didn't know it but the North building, with its green pyramid shaped roof, was designed and built in the late 1920s. It was known as Sassoon House, with the Cathay Hotel operating out of several floors. Thank you, David.

I suspect the words were used in a perjorative and not intriguing way. In the upper class British tradition, the prejudice against outsiders, especially vaguely Eastern outsiders, showed itself in the use of the word oriental.

But Philip and Sibyl were no more oriental than I am. They were an establishment family, important in the arts, in politics and in charitable foundations.

thank you. I hope you get a great deal of pleasure and learning out of Peter Stanksy’s book.

Amazing how the two families' careers closely followed each other. The Kadouries also were Iraqi Jews from Baghdad who moved to India and Shanghai in the latter half of the 19th century.

I know that Sir Horace Kadoorie worked for Sir Victor Sassoon in the inter-war era, and managed his famous Shanghai hotel! I also know that Kadoorie The Hong Kong and Shanghai Hotels are themselves hugely famous!

Amongst literature students at uni, I think Siegfried Sassoon was better known than Philip. How were they related?

Edward Said - in Orientalism - notes that Victorian society was awash with titles regarding orientalism, some 70,000 book and pamphlet titles in the late 19thC. "Orientals" were fascinating, but demonized. I guess it continued well into the 20thC (and seems still with us in other forms).

The Great War
Siegfried Sassoon was a cousin of Philip and Sibyl, and in literary circles was well known and much loved, as you said. I will review a biography of Siegfried in the next couple of months.

Edward Said could have been speaking of Sir Philip Sassoon *nod*.

This baron was English born, super-educated, had landed estates, was a fascinating patron in the arts.. yet his status was reduced by calling him exotic and Oriental.

Hello Hels, I have added that book to my list. It is seldom that a wealthy family seems to know what to do with its money on all fronts--personal, social, architectural, and public.

Agreed. That seemed a particularly tricky balance for families who made their wealth from business, rather than from vast land holdings.

The Sassoons had no trouble setting up large charitable foundations - they had been doing that successfully for generations. But Sir Philip's father, Sir Edward Sassoon, was the first generation to go into Parliament - that must have been a seismic shift in the family.

an earlier blog post, which I had forgotten for a moment, dealt with very special Sassoon architecture in Shanghai. I have gone back into this Sassoon post and created a link.

It is remarkable how you say "the Sassoon family were Iraqi Jews who specialised in silk and cotton, spices and pearls" but do not mention opium. Their wealth came from dealing in opium, selling it in great quantities to China and ruining the lives of millions of people. The Sassoons created the modern drug trade and accumulated the first modern narcotics fortune. Silk, spices and pearls were merely a sideline. Feel free to google the words "Sassoon opium". The unsavoury origins of their wealth were one reason they stood outside of the British aristocracy, even after they had been granted titles.

you are quite right. The reason I had not mentioned opium was because the Sassoons got into the trade later than the other successful British trading families and companies, so it took a while for them to catch up. Opium trade, as loathsome as it turned out to be, was deemed essential for British ship owners, retail merchants and particularly for the Tax Department in London.