Should the Dead Hand Rule? Dr Barnes in Philadelphia

Of all my favourite art collectors, only Albert Barnes (1872–1951) was born into a less-than-privileged family. He got his medical degree from Pennsylvania University then studied post-graduate chemistry and pharmacology in German universities. Back home in Philadelphia, Barnes married and started his career with a pharmaceutical manufacturer.


In 1902, Barnes and an old mate from Germany formed their first company. In 1907 Barnes bought out his partner and in 1908 established the AC Barnes Co, Philadelphia, supplying products directly to physicians and hospitals. The money flowed in. 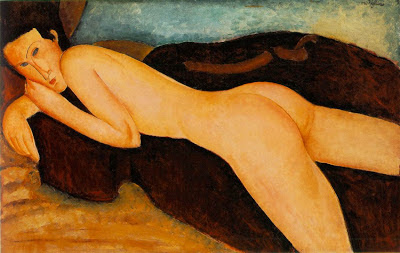 Wisely Barnes recognised that he needed an art expert to provide him with advice, before buying any art. As William Glackens was familiar with many of the leading artists and dealers in France, Barnes sent Glackens to Paris in 1912 with $20,000 to spend on modern art. Glackens returned home with impressionist (Renoir and Manet) and post-impressionist (Cezanne, Van Gogh and Gauguin) paintings.

While in Paris that year, Barnes met Gertrude and Leo Stein, both of whom were avid art collectors. Gertrude sold him a couple of her Matisses but it was Leo who established an ongoing relationship with Barnes. Leo had already recognised Picasso’s talent, and he was besotted with Renoir, Cezanne and Matisse, so the two men’s tastes were closely aligned. The extensive correspondence between Leo Stein and Barnes gave Barnes sound investment ideas.


By 1922, Dr Barnes had established his Barnes Foundation, a gallery where he could house and display his growing collection. He and his wife purchased an arboretum in Lower Merion, Pennsylvania and went about creating a splendid purpose-built house. Soon after, Barnes made another trip to France to buy art, especially August Renoir's work eg Artist's Family 1896. Best of all, Barnes discovered a Lithuanian-French painter named Chaim Soutine and bought 52 of his works eg Little Pastry Cook 1922. Soutine, and his colleague Jacques Lipchitz, did very well out of Barnes’ patronage.

Barnes accepted a role in art education very seriously and had books published, written both by himself and by other experts. Although Barnes’ own building was incomplete, he already wanted to exhibit some of his treasures in 1923, incl his favourite works by Chäim Soutine, Amedeo Modigliani eg Reclining Nude 1917, Pablo Picasso, Jacques Lipchitz and Henri Matisse. So he exhibited at the Pennsylvania Academy of Fine Arts instead. 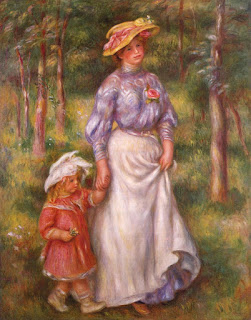 The reaction from most of the Philadelphian viewers towards this French Impressionist and post Impressionist art was extremely hostile. Dr Barnes vowed never to present a public exhibition again. When his own building opened in 1925, it was by invitation only. His art-hanging policy was unusual, but it was exactly what Barnes wanted.

He had worked all his adult life on this collection, and spent his own hard-earned money, so control of his collection was of utmost importance to him. By 1929, Barnes was rich enough to sell his drug company, to devote himself full-time to art collecting and to the Foundation. In his will, he was quite happy to leave his art to the state, with specific conditions that controlled how the works were to be housed and displayed in perpetuity. 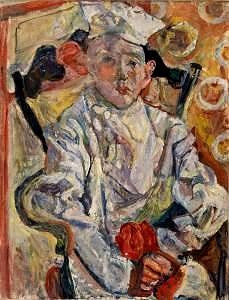 Decades after his death, the Barnes Foundation was finding it difficult to maintain the museum and to expose the collection to vast numbers of people. Despite endless and bitter court battles with Dr Barnes’ grandchildren, the Barnes Foundation decided to breach the legally binding conditions in the will and to relocate to a new building on the Benjamin Franklin Parkway in Philadelphia. The new gallery opened, to enthusiastic celebrations and bitter recriminations, in 2012.

Can the Board members of a gallery flout the legally binding conditions in a will, decades after the benefactor has died and despite the donor family’s commitment to their grandfather’s vision? It would seem from the Barnes example that the state courts will indeed cave in to the Board’s lawyers and will not honour the original will.

If the Board absolutely positively cannot live one minute longer with the conditions as stated in the original will, then they must give the entire collection back to the family. They cannot accept Dr Barnes’ personal project that took him a lifetime, sign off on the will’s conditions, THEN complain that the world has changed since 1925. Which part of "keeping control of his collection was of utmost importance to him" did the lawyers not understand?

The wonderful title for this post came from Michael Hall, writing in Country Life, 1st Aug 2012 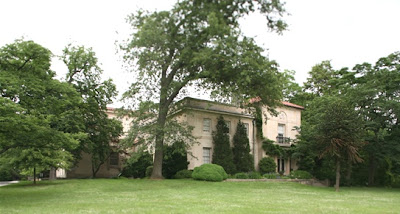 The Barnes Foundation in Merion

A stunning art collection was created in the late C19th by The Marquis of Hertford. His daughter in law eventually bequeathed all the works of art to the nation, on condition that the collection remains perfectly intact - not even loans out to other galleries’ exhibitions would be accepted. The museum board agreed and opened The Wallace Collection to the public in 1900 in Hertford House London. What would happen now if the current museum board decided to ignore the conditions of the original bequest?

Not always, but in this case I think the 'dead hand should rule'. Sometimes it is quite impractical to follow a will's instruction decades after the writer is deceased.

What happened to the Barnes Foundation in Merion, the estate that took the Barnes so long to design and build?

One can imagine circumstances under which a museum must be moved, such as if the old site deteriorated or was slated for redevelopment. However, not only do these not apply to the Barnes Foundation, those lucky enough to go to its original site were much taken by its charm and appropriateness.

There is also a cumulative effect to riding roughshod over benefactors' conditions. Donors in the future might not be so generous if they feel that their wishes will be ignored willy-nilly.
--Road to Parnassus

I actually agree... life does change eg motorways are driven through old neighbourhoods, populations leave for warmer states etc etc. But in most cases, the current board isn't "forced" into action.. they select their changes.

it took Barnes years to get it perfectly to his dreams *nod*. Now? It seems the Merion campus is used for administration, storage, perhaps some minor art displays.

thank you. I got to the Barnes Collection via the Paris end. I wondered how a starving artist like Chaim Soutine suddenly became famous and well paid. Now I am looking at the American end, and it is still fascinating.

Exactly. Important donors truly believed in what has been signed, sealed and delivered during their own life time. People like Barnes had no reason to believe that their treasures would not be handled in the way stipulated in the legal documents.

Barnes' lawyers knew with a certainly that if the stipulations were too onerous, then the treasures would have been given back to the family (reluctantly). His personal lawyers were not at all anxious about the collection.

Future donors are, as you say, on notice. But what more can they do than Barnes did?

Although I have not seen The Art of the Steal, a number of people recommended this 2009 documentary. It focuses on the board's decision to ignore the stipulations in Barnes's will and to relocate the collection from Lower Merion to Philadelphia.

The film, directed by Dan Argott, was released at the 2009 New York Film Festival.

I thought I'd pop along and leave a nice, meaningful comment, but alas can only come up with: "Ooh, what pretty pictures."

Alas, the only culture I have is under my fingernails.

even uncultured people still find wonderful treasures to explore with Dr Barnes :) And I must admit that visiting Philadelphia makes it easier to access than Merion did.

Can you tell us more about this? I'd like to find out
some additional information.

certainly. If I were you, I would read Art Held Hostage: The Battle over the Barnes Collection by John Anderson. It was published by WW Norton in 2003.