Critchley Parker (1911-42) was the son of a Melbourne mining magazine publisher, Frank Parker. Frank had been a very visible and public figure in his day, playing a major part in the conscription debate and election campaign of 1917. A fervent pro-conscriptionist, Frank displayed inflammatory posters in his windows and used his magazine, now the Australian Statesman and Mining Standard, to attack anti-conscriptionists and Irish Catholicism.

Rather unexpectedly Critchley Parker, a young upper middle class Anglo Saxon Christian, became a friend of the Jewish people by seeking to find a Jewish homeland in Australia. This was not as strange as it may seem.

The Kimberleys in the remote, NW corner of Australia had already been seriously considered as a possibility for a Jewish safe haven. In 1933 Dr Isaac Steinberg and his London-based Freeland League selected the Kimberleys as a place to purchase agricultural land; this was where 75,000 Jewish refugees from Europe could be reset­tled, a few years before the Holocaust even emerged. This effort became known as the Kimberley Plan and was based on the Australian governments officially-declared need to populate The North. Alas that possibility faded when the Australian Federal government later decided not to support the idea. 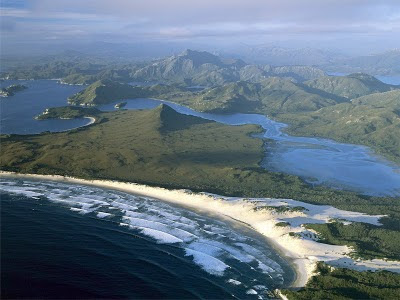 Port Davey in the wild SW of Tasmania

Why did Critchley Parker get involved in a struggle that was not his own? Helen Light suggested three motives:
1] a genuine concern for the refugees,
2] a keen interest in Tasmania’s economic development and
3] his attachment to Caroline Isaacson, a journalist on Melbourne's most important newspaper and a Jewish activist.

In 1941 Parker finally met Dr Steinberg, the Russian politician who had initially arrived in Australia to discuss the Kimberley Plan. Together Parker and Steinberg set off to explore the area around Port Davey in Tasmania, without detailed plans but with great enthusiasm. On arrival, they approached the state premier, AG Ogilvy Robert Cosgrove (1939-47) who graciously welcomed the proposal; an official visit for Parker, Steinberg, Isaacson and a team of experts got underway.

But 1941 was not a great year for radical proposals. The war with Japan was looking hopeless and Britain, as it turned out, could not even defend Singapore. Worse still, the Americans were not likely to become involved in World War Two at that stage. Any notion of an Australian Jewish Settlement was not given high priority in late 1941. 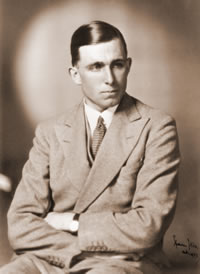 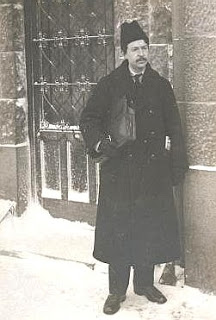 The issue for Jews was beyond desperate by 1941. The Germans were already well along the path of the total extermination of Jewish communities throughout central and eastern Europe. So in March 1942 Parker set out to survey his proposed homeland site in Tasmania’s remote and rugged south west. The area around Port Davey is some of the bleakest coastline in the world. There are still no roads, no towns, no people - just sheer peaks, gorges, wild rivers and wild weather. It was, and is a vast landscape.


On this journey, staff dropped him at the foot of Mount MacKenzie and told him to light a fire if he needed help. After two days, when the gales rolled in, Critchley returned to his tent and signalled for help. In doing so he used up all his matches. No help came. He retired to his tent, totally alone, and existed for three weeks on water and aspirin. He tragically died, but the notebooks and letters that he had in his tent survived. The documents included his hopes for Jewish settlement in the area, probably to be modelled on Russian collectivism. 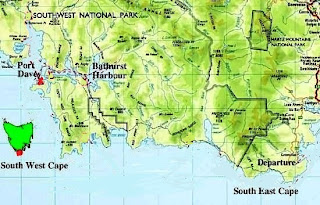 Map of SW Tasmania, with Port Davey marked in red

The only writer I can find who thought Critchley Parker’s dream to save Jewish lives was not valuable was Pip McManus. She said Parker was a wealthy eccentric with an abiding passion for the development of the Tasmanian frontier, a deluded romantic bent on fulfilling his own neo-biblical prophesies of a New Jerusalem. Parker disregarded the advice and aspirations of his colleagues and perished, as the result of his own obsessive failings. She saw Parker’s plans to create a safe homeland for his (McManus’ word) Jewish refugees, devoid of conservationist values, as more suited to a script from a reality TV survivor programme. The plans were doomed, as indeed were contemporary Jewish attempts to peacefully settle the Holy Land. Tasmania and Israel were both Unpromised Lands.

Other Christian Australians, if they know the story of Parker at all, read it as a brave but hopelessly romantic Australian explorer who died tragically a la Burke and Wills eg Wilson’s Blogmanac. Jewish Australians, if they know the story, see Parker as an amazing human being. He was a Christian who went to extraordinary lengths to rescue Jewish lives from the German crematoria during the worst years of WW2. The case is well argued in Philosemitism blog and in The Age's Saturday Review.

In Parker's story, Helen Light teased out all the elements of the Tasmanian story - promise of a haven, wild landscape, dream and vision, conflict between the establishment of a settlement and concomitant industry, and its inevitable impact. A great adventure and a tragic end. I would add desperate and romantic energy in the face of an impending Holocaust on one hand Vs benign neglect on the other.

It is interesting that in these hideous days of pushing asylum-seeker boats back out to sea, Tasmanian politicians proudly champion those seeking asylum in their state.

Hello Helen:
This is indeed a fascinating account of a man's idealism in the face of manifest difficulty. It is most intriguing, as you do here, to compare motives and views about what was or was not the accurate situation. Whatever, it is still reassuring to know that there were individuals and still are to this day, who see the plight of others and resolve to do something about it. The power of individuals to challenge and change the policies of countries is always uplifting we feel.

Have you written about this before? For some reason, I know all about it. It came to nothing. We aren't yet pushing asylum seekers out to sea, and I can appreciate that Tasmania would welcome hard working refugees, but refugees want to live in Melbourne or Sydney.

Hello Hels, What a strange and sad story this is of Critchley Parker. It does seems strange (even to the point of suspicious) that he would be left alone in such a desolate place, especially for such an extended period.

I will take McManus's comments as intended as analysis, but they don't really work as criticism. As you have underlined in other posts, saving the Jews at that time was not a matter of committees and orderly plans. Moreover, it is natural that the people who tried to help had their own thoughts, agendas and personalities. That is why some were able to accomplish minor miracles within their own special circumstances.
--Road to Parnassus

The power of individuals to challenge and change the policies of countries is _extraordinary_, whether or not the individual succeeds. Critchley Parker acted heroically, even more so because he lost his very young and promising life.

you may have read this story in the Age (24th January 2004) - this is the only public analysis that I could find. All my other references came from conference papers.

And while I too would want to live in Melbourne or Sydney, the Feds should be providing services to refugees in Bendigo, Ballarat, the Snowy River (ok it ended decades ago), Townsville etc.

Now that you mention it, it DOES seem very strange that a young city lad, with no rural skills at all, would be left alone and ill equipped in such a desolate place.

I can certainly see why he would want to participate in an official visit, along with Dr Steinberg, Isaacson and a team of experts in 1941. But why did he go back himself in 1942?

When we looked at the movement of WW2 refugees in class, I remember China, Japan, Cuba and Dominican Republic, but I don't remember Australia being mentioned as a possible safe haven.

In July 1938 Parliamentary delegates and relief organisations from 32 countries met in the southern French spa-town of Évian-les-Bains for an urgent conference on refugees. Just one year before WW2 broke out, yet the Australian minister was very dismissive of the need for a safe haven. And he wasn't alone.

welcome aboard.
What is your favourite area of history?

I've partly remembered. It was a Radio National broadcast a year or so ago. I can't remember which programme.

I know about less than reliable memories :(

But thank you for your suggestion. I will see what I can find from the old Radio National archives.

What a great story but I am torn. Part of me agrees with Pip McManus and her critique of his fools-rush-in approach. When the lives of so many people are in the balance, is it not truly irresponsible to take such risks? But the other part of me must applaud him for his efforts and his sentiment not matter what his motives might have been.

your mind is still sound. The Radio National broadcast was on Sunday the 7th of November, 2004.

Critchley Parker was writing up his plans, as he lay dying waiting for help to arrive. He was well educated! Radio National said he wanted the new residents to live in flats designed by LeCorbusier!

My type of man.

I think his motives were sound, but his methods were romantic and adolescent. No thinking person goes into wilderness alone, with just a box of matches. Especially since the area around Port Davey is "some of the bleakest coastline in the world. There are still no roads, no towns, no people - just sheer peaks, gorges, wild rivers and wild weather" (ABC).

He was murdered by the same group who poisoned Ze'ev Jabotinsky (who didn't die of a heart attack as claimed!) Everyone in the Orthodox Jewisjh community knows this!

It was the late 1930s when Mr Parker returned from living in France and met the older, married Mrs Isaacson, who was assisting refugees fleeing Europe. She became involved with the Jewish community when she moved to Australia in the 1920s, and also a lot of emigres from Europe, particularly Germany, Russia and Austria, who had escaped the rise of Nazism.

many thanks. I wish I had access to this article 8 years ago.