New art galleries: Alicante in Spain, and three in France

Spain
Alicante is the capital of the Spanish Province of Alicante, in the south of the country near Valencia. The population of this Mediterranean port is about 340,000.

Like Holon in Israel, I suspect Alicante is a small city trying to market itself as a cultural centre. Two interesting sites have existed in the town for ages. Firstly the Archaeological Museum, located in a renovated old Alicante hospital of San Juan de Dios. Exhibits include valuable finds from the Paleolithic era found in different sites in and around Alicante. Secondly Gravina Fine Arts Museum houses the art collection of the Alicante County Council, from the Middle Ages until 1900. The museum is located in a C17th building that was specifically converted for Gravina. 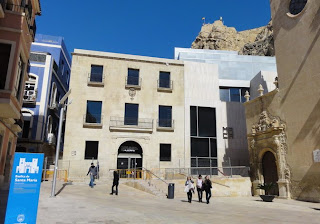 Alicante Museum of Contemporary Art, Spain.
See the modern extension to the right of the original 17th century building.

Now another important museum has opened. Alicante Museum of Contemporary Art is in the Old Quarter of town. It houses a major collection of C20th art, based largely on the works donated by Eusebio Sempere; his entire private collection of modern art! Here I am at a slight disadvantage since I was in Alicante for only a short time, don’t know much about Eusebio Sempere and I am much stronger academically on art painted before 1930.

From what I can find, Eusebio Sempere (1923-85) was born in Alicante and did his training in the visual arts locally, at the Academy of Fine Arts of San Carlos de Valencia. In 1948 he moved to Paris with a scholarship to continue his studies. There he established contact with avant-garde artist like Kandinsky, Mondrian, Picasso, Matisse and Klee. His favourite technique became the silkscreen, often using abstract and geometric elements. In 1960 he moved to Madrid. In 1964, Sempere had an exhibition in the Bertha Schaefer Gallery in New York. 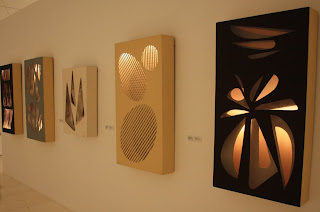 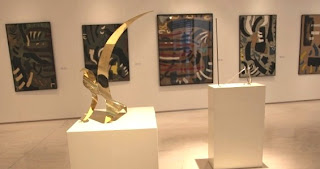 Casa de La Asegurada (1685) is the oldest and most baroque civil building in Alicante. The building has had a long and varied history - it has previously been a granary and a business school, but since 1977 has been home to a contemporary art gallery which houses one of the most important C20th art collections existing in Spain today. Donated by local artist and sculptor, Eusebio Sempere, the art objects includes paintings, sculptures, mixed technique and lithographs by Spanish artists like Juan Gris, Joan Miró, Salvador Dalí and Pablo Picasso. The collection also includes non-Spanish artists like Alexander Calder, Marc Chagall and Wassily Kandinsky.

The museum was closed for major extension works and re-opened in 2011. Although the gallery walls are stark, this museum is worth visiting as it is located within Alicante's old architecture, opening onto the Plaza Santa María. And the museum is located next to the Santa Maria Basilica, a C14th gothic church built above an Islamic mosque. Most importantly the museum competes with Madrid, offering access to famous contemporary art works. And best of all, entry is free.

France.
Opened in June 2011, Musee Bonnard will be a treat for art history fans of Pierre Bonnard (1867–1947). For the last 25 years of his life, Bonnard lived in the Cote d'Azur village of Le Cannet near Cannes, the perfect place for an artist who celebrated Mediterranean light. His sunlit rooms and gardens, filled with his wife Marthe and sundry relatives and friends, shined with intense colour. The opening exhibition starred 40 of his paintings, including Late Impressionist-Nabi landscapes and still-life paintings with textured surfaces. 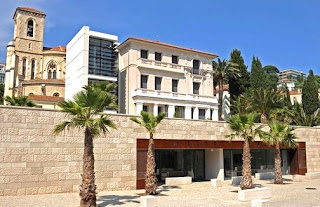 Musee Lalique opened in July 2011. Immediately following the First World War, René Lalique (1860-1945) chose to build his factory in Wingen-sur-Moder, a village in northern Alsace. Today this is the only place where Lalique crystal is still produced, so it is sensible that a museum dedicated to his artwork, from small jewellery to large architectural looking objects, be located in Wingen. 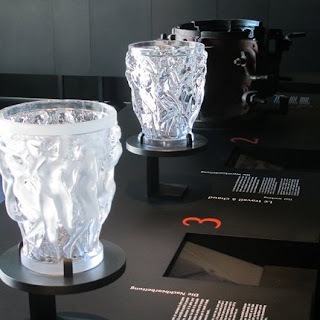 Two-and-a-half hours southeast of Paris, in the part of Champagne that borders Burgundy, is a lovely little village where Pierre Auguste Renoir (1841-1919) and his family spent 30 years of their happiest summers. Since February 2011, art pilgrims and visitors to Essoyes have been able learn about the life of the family in Renoir's studio, Du Côté des Renoir, and enjoy the landscape from vantage points where the artist painted. Visitors can also pay homage at his grave site in the local cemetery. 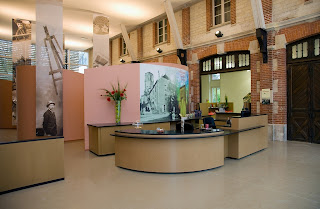 I loved the Lalique Museum but couldn't afford even the smallest piece of his magical objects. Just looking.

Prefer the Renoirs but I'm always glad of new Museums opening. And there are some really good exhibitions for 2012.

it is great when new museums open up, especially when the museum is located in a house or town relevant to the artist or collector. I love the idea that the Renoir museum has been located in the little village where the artist and his family spent decades of holiday time.

Of course you could have an excellent Impressionist museum in New York or Mexico City just as easily, or an excellent Renoir museum in Moscow or Sydney. But Renoir had no history with those places.

Sempere's contact with the Avant-Garde movement is very obvious, it is interesting to observe the way these artists experimented and succeeded then in pushing the boundaries of art!
Coming back to your comment on my post today, i am always sad that most tourists don't appreciate the importance of the Bateau lavoir, and that of these now famous artists many (not all obviously)remained penniless all their life and only gained posthumous notoriety! Does one has to suffer and be in total breach of all conventions to create?
I also think that Montmartre, being an affordable place where to live, brought so many artists together that they "combine their creative juices", exchanged ideas, inspired each others... !
It seems that these were key elements in their case!

Lalique: pure beauty, fortunately there are many pieces that are affordable!

I would have loved Montmartre in the 15 years that led up to WW1. Especially Bateau Lavoir. Yes aspiring artists had to live off cheap wine and leftover food from endlessly patient cafe owners.

But you mentioned the upside yourself: a place where they could combine their creative juices, exchange ideas and inspire each other. And I would add: a host of supportive gallery owners.