Willow from Willow Manor has asked the following questions which I will answer here. I then have the pleasure of putting 5 questions to my favourite blogger. And so on.

1. Are you a native Australian? How many generations of your family were born there?

I was born and raised here - primary school, high school and university. Then I lived for six years away from Melbourne, one year by myself and later five years with my brand new husband Joe - largely in Israel and the UK. We did plenty of travelling across the Continent, but as impoverished students, it was sleeping in the boot of the car and showering in caravan parks.

My own family comes from Southern Russia, now the Ukraine. Joe was born in Czechoslovakia, but emigrated with his parents to Australia when he was young. This was a very typical immigration pattern in Australia. After the 1939-45 war ended, the government in its wisdom suddenly realised that Australia was a big landmass, with a tiny population. Worse still, according to our government back then, we were located next to small nations with huge populations eg Indonesia. It was Populate or Perish time, and so migrants were begged, borrowed and stolen from the late 1940s on. 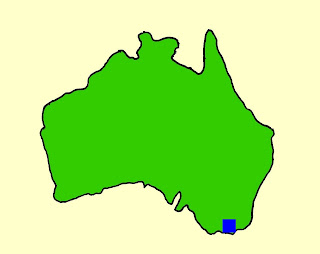 2. If you could have dinner with one historical figure, who would it be and why?

I'd want to spend a meal with Florence Nightingale although she is hardly the feminists’ favourite role model. In the aftermath of the Crimean war, it became obvious that a top military hospital was needed in Britain, the Royal Victor­ia Mil­it­ary Hospital at Netley. But nothing could stop the critics focusing on the Crimean deb­ac­le. It was inevitable that questions were going to be asked in Parl­ia­ment about why British soldiers died at such an alarming rate in British hospitals during war time. Yet the embar­rassed gov­ern­ment dithered and the army refused to allow investigat­ions. So Florence Nightingale came good. She publish­ed her Notes on Matters aff­ecting the Health and Efficiency and Hospital Administ­ration of the British Army and pushed her political contacts very hard for a Royal Commission. Without one, the army’s medical services would never be reformed. 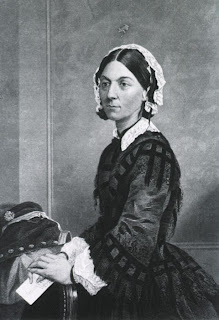 3. What would you consider your greatest accomplishment?

I am still married after 38 years, with two mature children and four gorgeous grandchildren sofar. That is not just an accomplishment - it is an awe-inspiring miracle.

4. Other than your loved ones, what is your most treasured possession?

Australian art was very derivitive in the colonial days of the C19th. It looked like British art, with perhaps a kangaroo and emu added in for local colour. As Australia was moving slowly, slowly towards Fed­eration, it became clear that Australian artists, writers, musicians, craftsmen and architects would need to develop an Australian taste.

By 1888, the first young artists were moving out of Melbourne and into the bush to paint from life. Called the Heidelberg School, these young artists eventually went to England and France to learn more and to promote their careers, but Australian art would never again lose its unique appeal. I am lucky enough to have 8 beautiful paintings from the Heidelberg School (1888-1900) and I keep my eye open in case other works come onto the auction blocks.

5. Before blogging, what, if any, was your main mode of personal expression?

I co-started an IRC channel (#30plus) for mature people in Oct 1993. Sydneysider Daniel Ben-Sefer and I had met in another channel (#Israel) earlier that year but we were very disappointed with the juvenile nature of the participants and the anti-intellectual level of discussion. Not knowing the first thing about running a channel, we launched into creating a new channel for people over 30 and invited every academic and professional we knew.

For the first 10 years of #30plus, there were plenty of opport­unities for expression, especially in the various channel mailing lists. I was totally grateful for the excitement and the intellectual stimulation. I wrote plenty of conference papers, using material from the on-line text and the 8,000 letters to the mailing list.

Although the channel is still going strongly, the arrival of hackers, right wingers, anti-semites and vulgar speakers has changed the atmosphere totally. I formally gave up running the channel in Sept 2008 and looked to blogging instead.

Thank you so much, Hels! I am fascinated with genealogy and yours is very interesting, indeed. And when you have dinner with Ms. Nightingale, I would very much like to be invited!

I have added your blog link to my post.

some of the old IRC channel mates have come back into the channel in the years since 1993. But others are finding me now in the bloggy world. Our main mode of personal expression might have changed, but our friends and colleagues are still participating :)